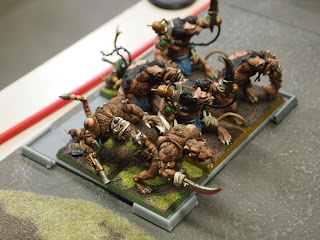 Well, to war we went - and it was great fun! I met up with a few friends at the Games Workshop main store here in Tokyo and we managed to get a couple of 2'x2' tables at the back of the store around noon.


My opponent was playing Orcs and Goblins. Before the game he sent me his list, commenting that he had taken a bit of everything so that I could get to try out fighting different units. Here is his list:

Instead of a full battle report, I thought it might be more useful (and fun) to post some pictures using a slideshow. Highlights include
- A clumsy giant!
- Ferocious Goblin Fanatics!
- Exploding weapon crews!
- Walking Wyverns...
- and much, much, more!


(Click on the slideshow to go to the photo album)

What was the result? I think we had to call it a draw because the store closed when we were still on turn 4! I had managed to cause some wounds on the Wolf Riders, the Spider Riders, the Night Goblins, The Snotlings, The Giant, The Black Orcs and the Orcs. In return I'd lost my Doomwheel, a unit of Plague Monks, a unit of Clan Rats, a Plague Priest, some Clan Rats, a Warpfire Thrower, A PWM, both units of Giant Rats, a couple of Rat Ogres. In other words, I think I got off lucky!
By the way, here are some (embarrassing) lessons learned, so you don't have to!: 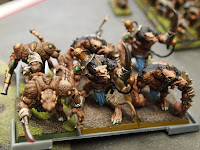 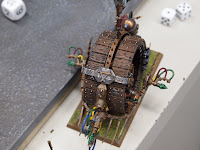 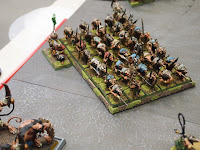 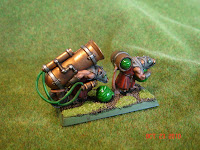 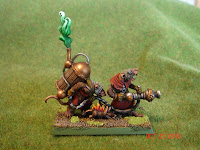 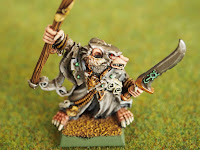 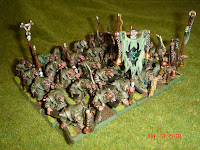 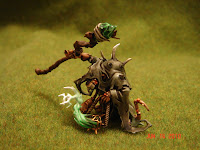 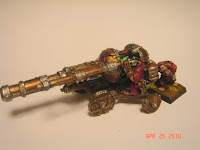 ...and perhaps the most important lesson of all?
COVER YOUR FLANKS!

Thanks to my opponent for walking me through the game and for making this first outing with the horde so much fun!

*Squeek*
p.s. I'd like to shout out my thanks to Shendar and other visitors to the Chattering Horde for  posting advice and sample lists to help me. MUCH appreciated!