Day 3 of painting a unit of x40 clanrats - first application of Boltgun Metal is DONE!

It took about 2 and a quarter hours to do this using just a regular Citadel "Standard Brush". Some of the models took just a few seconds as really as the have only a few "metal" parts to paint - only the spear head for example. Others took quite a bit of time, especially the ones where the rat is wearing banded metallic armour. (Some of the armour looks like the classic Roman Lorica Segmentata - pretty cool!) When doing those I tried to be careful to leave the gaps between the armour with just the black basecoat as this will form nice looking natural shadows later.

Here are some pics: 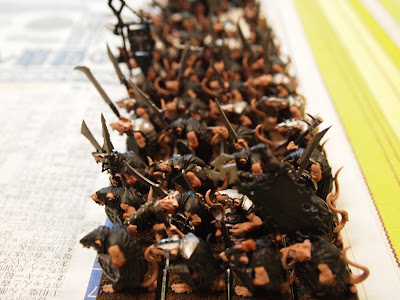 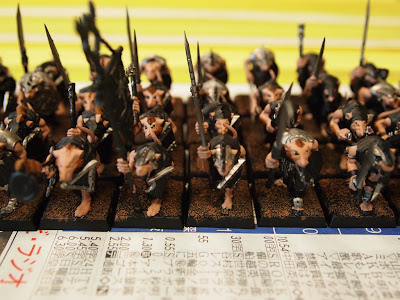 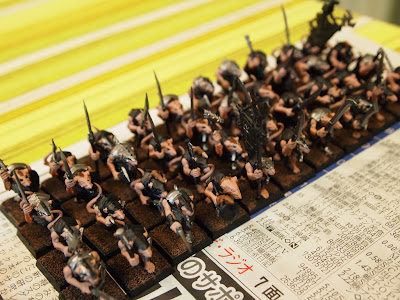 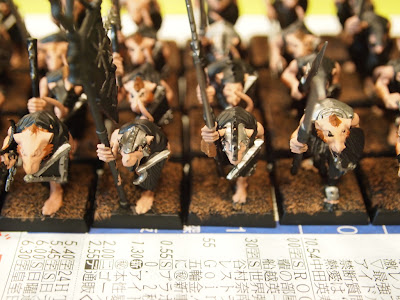 Interestingly, although the unit is starting to look quite martial because of all that metal, the whole thing looks messier than when it only had browns on it (at least when close up.)

What's next? I'm probably going to go with one of my major army colours - Ice Blue. This will go on the robes. I'm expecting that doing that colour will also take around 2-3 hours too. I feel like I am making progress, but finishing the unit to a good enough standard to use it in a battle still feels a loooooong, long way away!
:-)