Managed to get some early work done on Queek Headtaker and Deathmaster Snikch, as well as some assembly on Scar-Skath.

I hadn't worked with any Citadel Finecast before this, so I was very interested to see how this new material would be to work with.

Well, first impressions upon opening Deathmaster Snikch and Queek were a mix of the good and the bad.

-Detail is quite good.
-Easy to glue.
-Easy to file.

Next, the bad:
-Bubbles. Some significant detail lost from the casting process meant lots of time working with Green Stuff to fill in unsightly gaps. Maybe I was just unlucky, but these missing chunks seemed to be in particularly obvious places - not something I have ever noticed on metal or other plastics.
Sure, I have seen plenty of gaps between parts before, but these were whole areas missing on limbs etc.

-Fiddly to remove from the sprue. (Lots of bits that take a bit of time to work out whether they are part of the model or not.

-Thinner areas of the material felt very prone to breakage. (I didn't do anything extreme to see if they were!) A case in point being the Deathmaster's cape.

-Detail didn't seem that much better than metal or regular plastic to me. In fact, some fine detail was broken or miscast.

Hmmm, not so good to my eyes, but what do you think? Let's take a look at the Deathmaster first...
(Sorry that these are a bit difficult to see. I don't have time today to edit the photos with arrows and pointers etc.)
On Queek Headtaker, nothing quite as serious, but still annoying considering GW's claims to amazing detail...
MASSIVE ISSUES? DEAL BREAKERS?


No.
In fact, some might argue they are all part of the hobbyist's life.


That is fine, but as GW charges (I seem to remember) significantly more for these than their metal equivalents, I can't think that the quality being worse would be acceptable to most people. Personally, I want to paint and display/ wargame, not patch and fix.
BTW, although many people say that metal has less detail, it doesn't seem to be a huge difference to me.


...but maybe I am just disappointed at the time of writing from having to get busy with the Green Stuff... 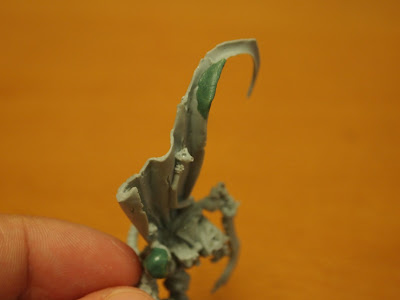 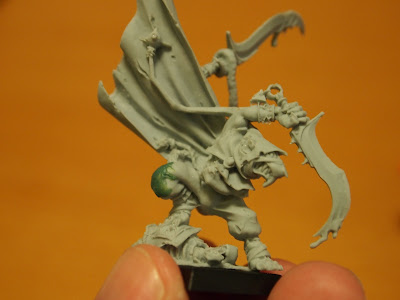 (It was still sticky at the time of the photo, so I will file it a bit tomorrow.)


Anyway, I also started to work with Scar-Skath, from the Banebeasts range, who I am planning to use as a "counts as Vermin Lord". If you remember, this was the model where I didn't receive a base with the kit when I received it from Maelstrom Games (but I did receive the run-around before everything worked out just fine.)


Note the replacement Micro-Art base that in the end Maelstrom kindly sent me. 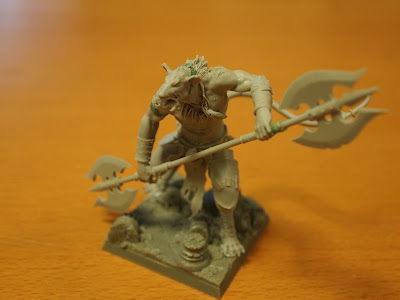 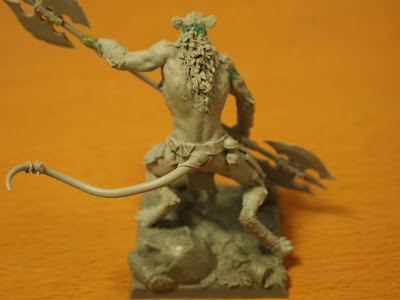 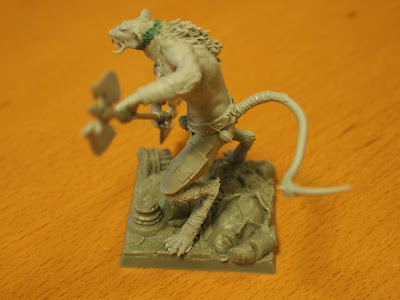 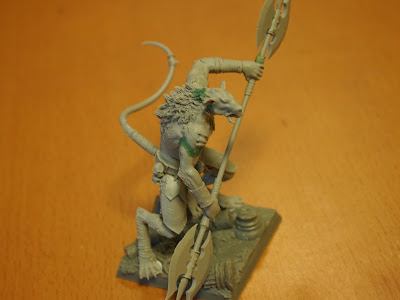 And although I had to greenstuff some gaps on Scar, these were gaps between parts, not filling in chunks of missing model!


What have your experiences been with Finescast and resin models in general?