"Green things, your time has come to serve a great-great cause. The Great Horned Rat calls his children to war, and all those that hear the call must answer! Forward...and feel the lash!"

So I have read about (and occasionally seen) on the web "counts as Skaven slaves" units made up of other models. Popular options might include models that look raggedy enough (Empire flagellants) or fit neatly into Skaven lore. Good examples of the latter would be Goblins (as small, or smaller than your average clanrat) and Dwarves ("hates, HATES them we does", said in best Gollum voice.)

When a colleague cleared out his attic and offered me some WFB models he found I offered to take them. What I got was 2-3 boxes worth of old Goblin archers, Spearmen and Orcs, about 35-40 of each. Can anyone identify what edition they are?


At the time I wasn't really sure what to do with them. While Squeek and Snikch were drying today I decided to get out the greenskins. Despite having recently said that I would try to avoid doing large units for a while I immediately wanted to see if i could make these guys into a unit of slaves.
Some immediate problems presented themselves:


So, after opening my bits box and getting out my tools I decided to see what I could do to make them into the rabble I wanted.


Here is how I spent my afternoon.

A.) Cutting each gobbo off their bases with a craft knife, I then filed down the feet and bases and glued them on facing front and center. 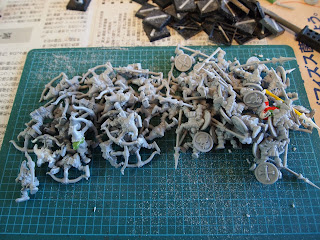 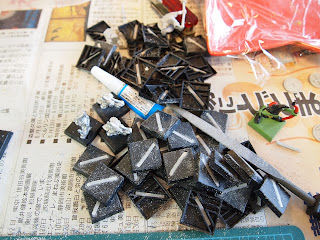 B.) I removed 70% of the original goblin shield and replaced them with shields from the latest style clanrats (triangular) and previous generation clanrats (circular). 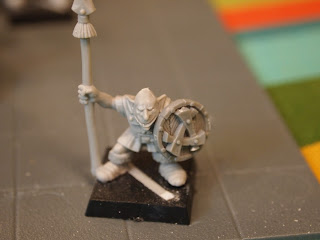 C.) I clipped, chopped and glued my way through an assortment of spears, hand weapons, pouches and banners to try to vary the unit somewhat.


Here are some examples: 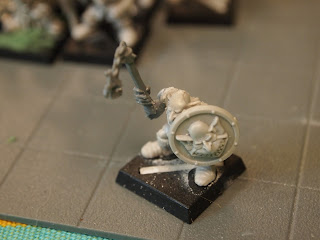 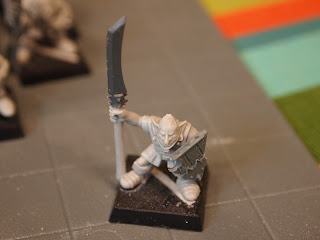 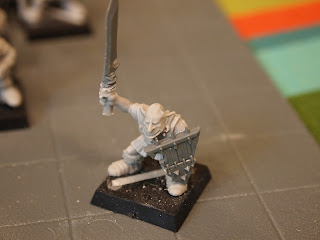 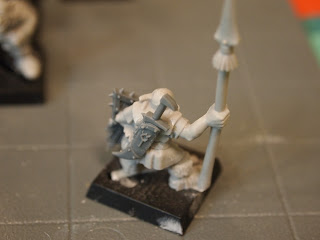 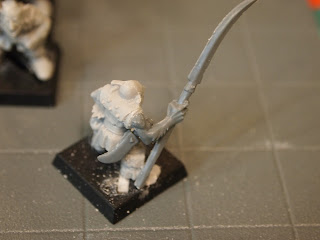 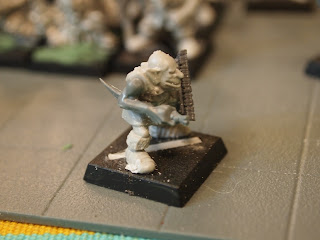 So guess what? I FAILED to make the unit the way I wanted it to... 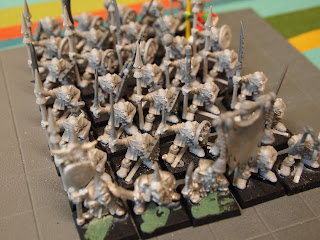 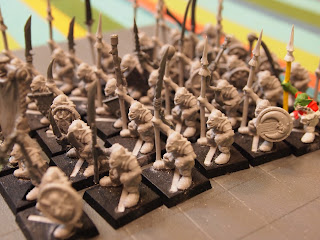 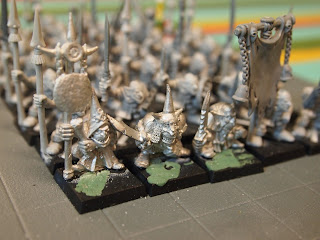 I think the problem is that even doing all that, the body position is just too static...
...and they are ALL like that, so you can't escape the feeling of immobility that it brings. Also, it would be too time consuming to do something with the shield arm on models where I have removed the shield, but right now those arms just kind of sit there looking weird.


Finally, they look too well-armed (and a little too LONG-armed in some cases) to really be slaves.


What to do? Four possible solutions come to mind:

Any ideas out there that might be simple to do for a relatively inexperienced modeller like myself?