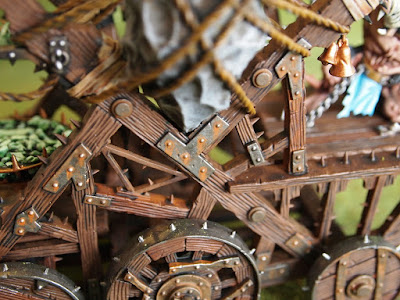 This blog started as a way to keep myself motivated to paint large numbers of Skaven and hopefully, to also help other new Skaven players. One way I have tried to do that is with the "How to paint" blog entries, and I hope that some people will find them useful. Another thing I can do is to share any tips that I learn(ed) along the way as a beginner.

I'd like to focus today on something that might be easy to do for the beginning painter, but which makes the final product look a lot better on the tabletop.

RUST!
This very simple technique adds a lot of character to an army. ANY army that is composed of the (un)dead is a good candidate for this, but it will also add a lot to armies that represent decay, evil, or cunning (or just a lack of discipline). Case in point, Skaven, but other likely candidates include:

A quick Google search will give you lots of techniques for creating rust effect on your models, for all desired levels of mastery. Companies like GW have created rust effects (Ryza Technical Paint) that you drybrush on and these can look good too (Modelmates have another I think). Scroll down to the bottom to see some examples of this.

In this case though, I'm going to show you a DIY Rust wash

One or two colours:
x1 Brown (e.g. GW Mournfang Brown. I used to use Calthan Brown.)
x1 Orange (I used to use Blazing Orange. The closest GW orange is now called "Troll Slayer Orange") I don't think anyone has the old colours now, but if so, here is a conversion chart.

If you don't have that though, even just an orange will work.


TIP 1: Before starting, have the tissue(s) ready, because you will have to work quickly. The longer the wash is left, the stronger the effect.
TIP 2: Twist the tissue into a point, so you can wick away or dab away precisely.

OPTION: Using a very fine brush, paint rusty streaks downwards onto the metal, to show where the rust has washed down or accumulated through exposure to rain.

Here are some other examples of how this can turn out: 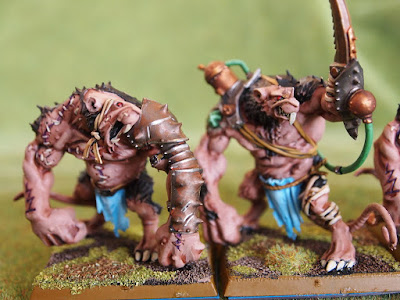 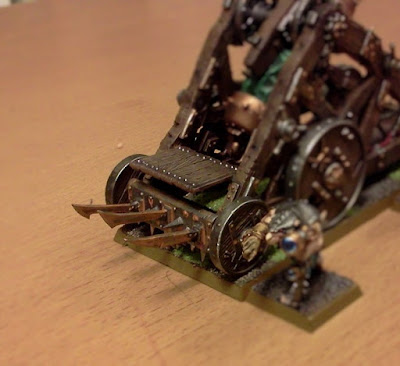 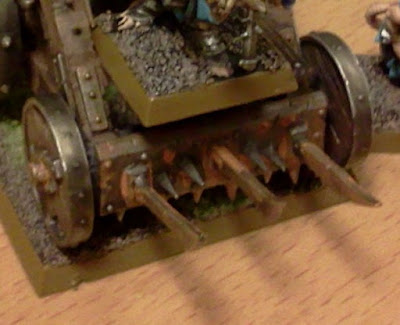 For comparison, here are some examples using Ryza Rust on some Tomb Kings skeletons from last week or so. I've only just started using this, so I haven't mastered it! I think it will look better if you stipple it on, rather than use drybrushing. Multiple stipplings will look better. 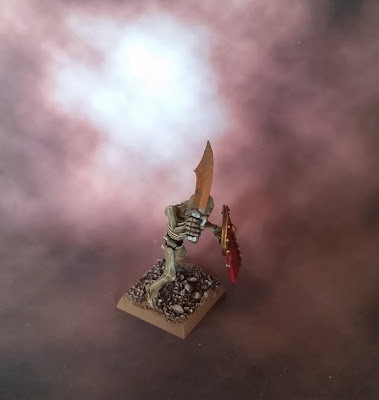 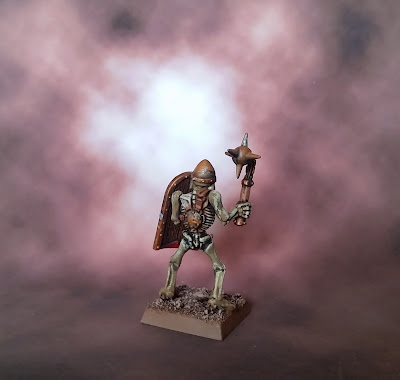 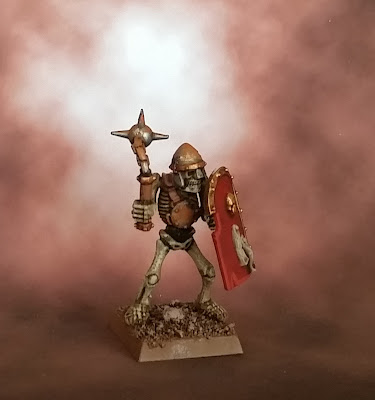 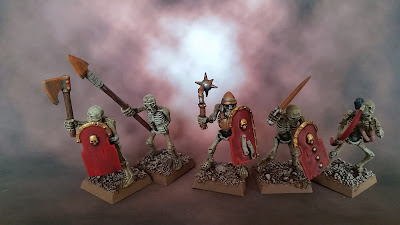