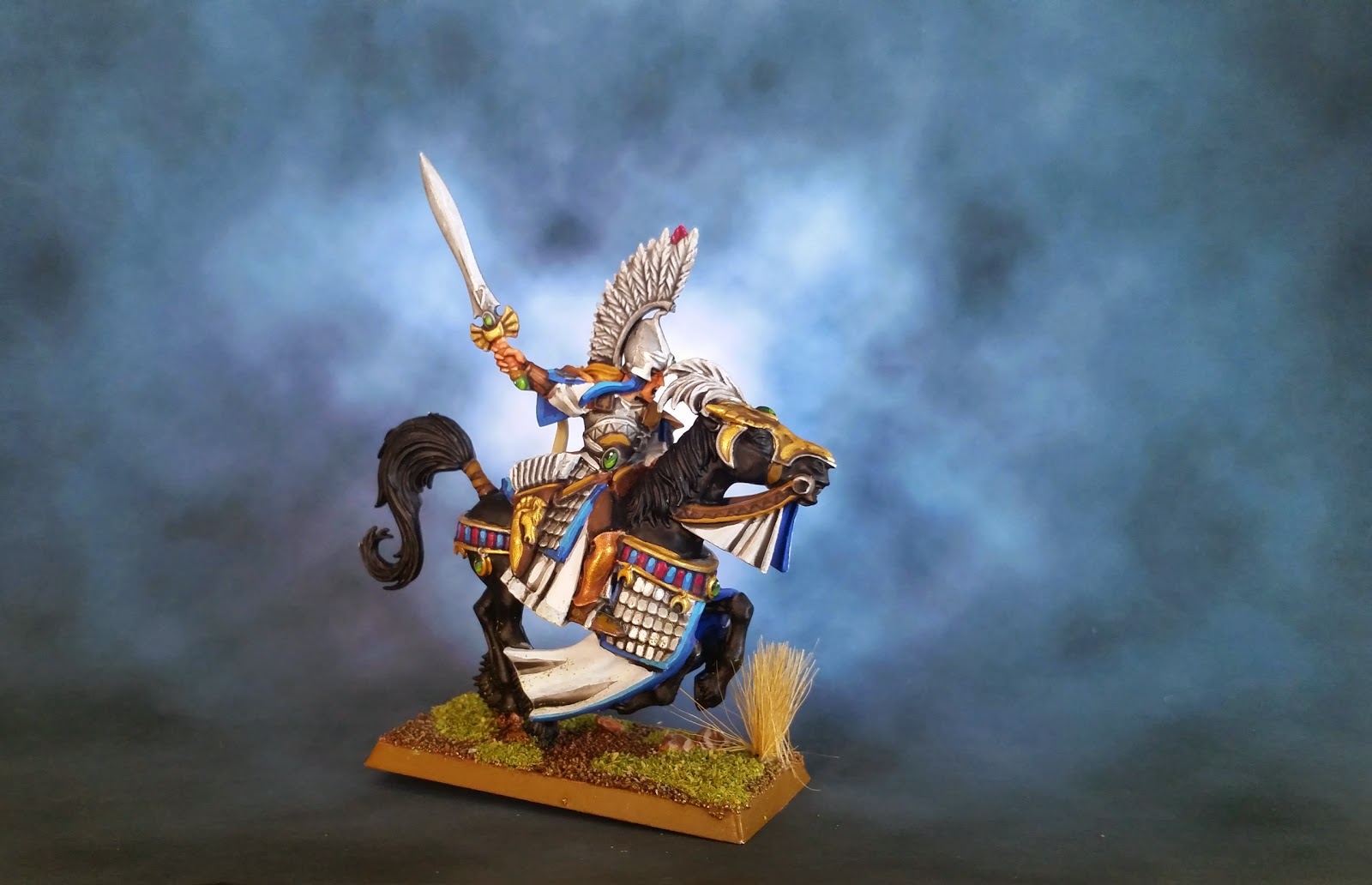 Keeping my painting focused on expanding my High Elves, I've been slowly continuing with models that add flexibility and power to the small core that I previously finished. This week I completed two units of x5 Ellyrian Reavers - fast cavalry that can be armed with spears and or bows.


Ellyrian Reavers won't add hitting power (that is why I am also painting a Noble on steed), but they should add some flexibility. Being fast cav, I can use them (combined with my Great Eagles) to hunt enemy warmachines and harrass other units, possibly also piling into the side of other combats too.

That's the plan anyway.
In terms of painting, they were quite fiddly. Lots of small details (the alternating gems on the horse's armour), but I did enjoy adding some small touches. The single purple feather in the helmet plumes matches the colour of my High Elf army, the Purple Sons. Although these horsemen are from Ellyrian, I imagined that they might make this small concession to the force that they were joining for battle.

To be honest, I think the further you get away from my painting, the better it looks - just like on the tabletop - so I have included some pictures from a longer distance too... 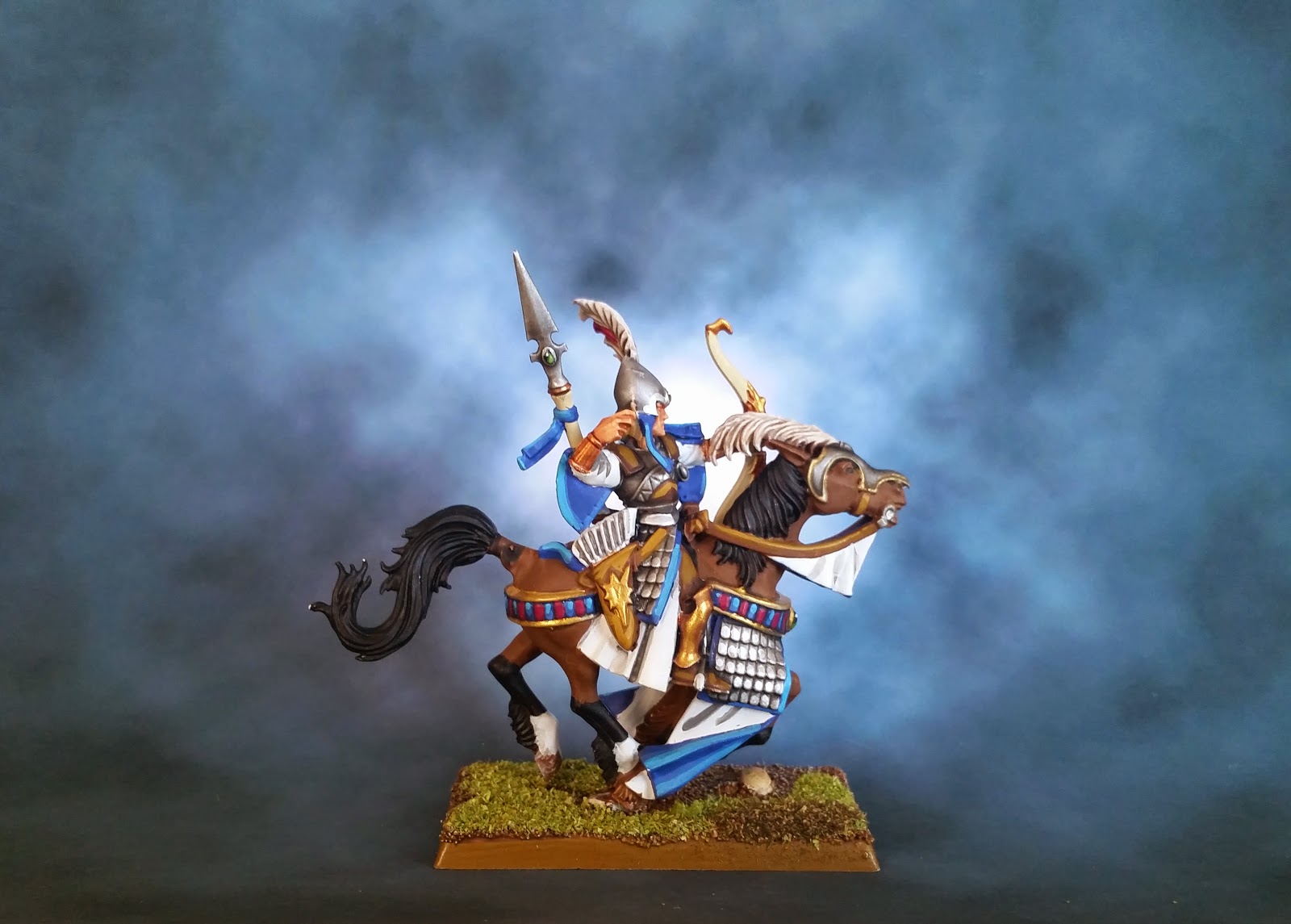 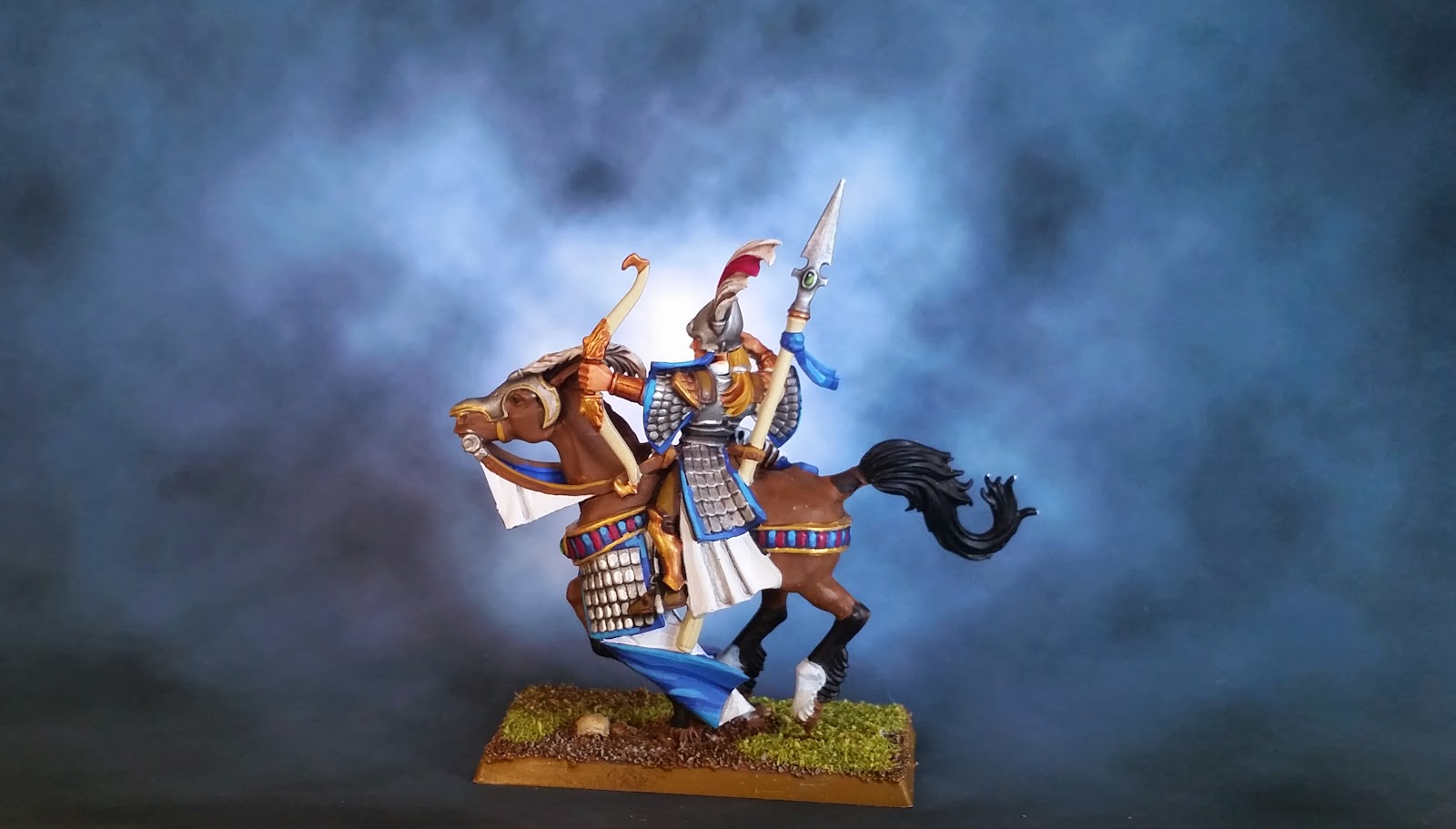 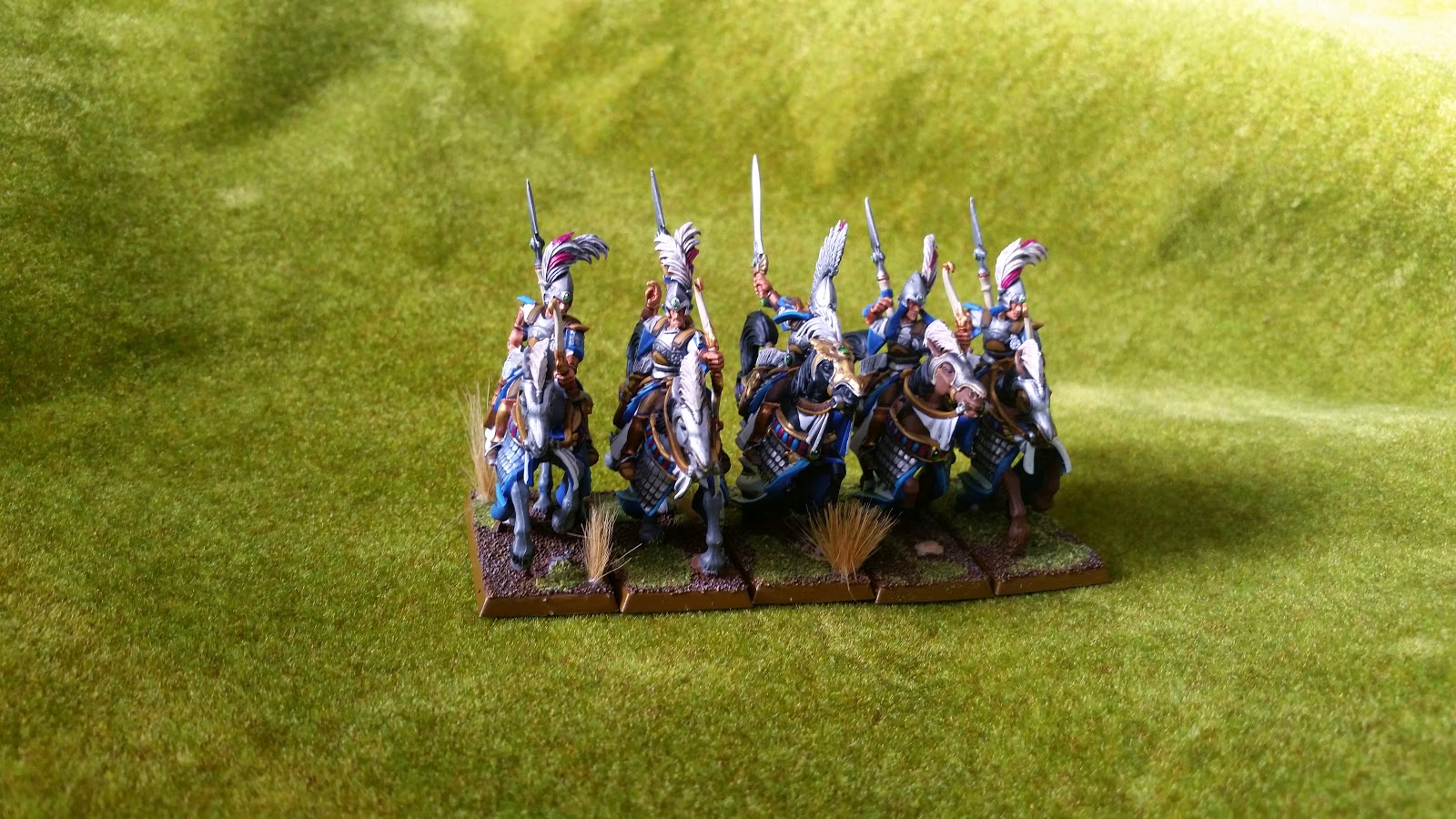 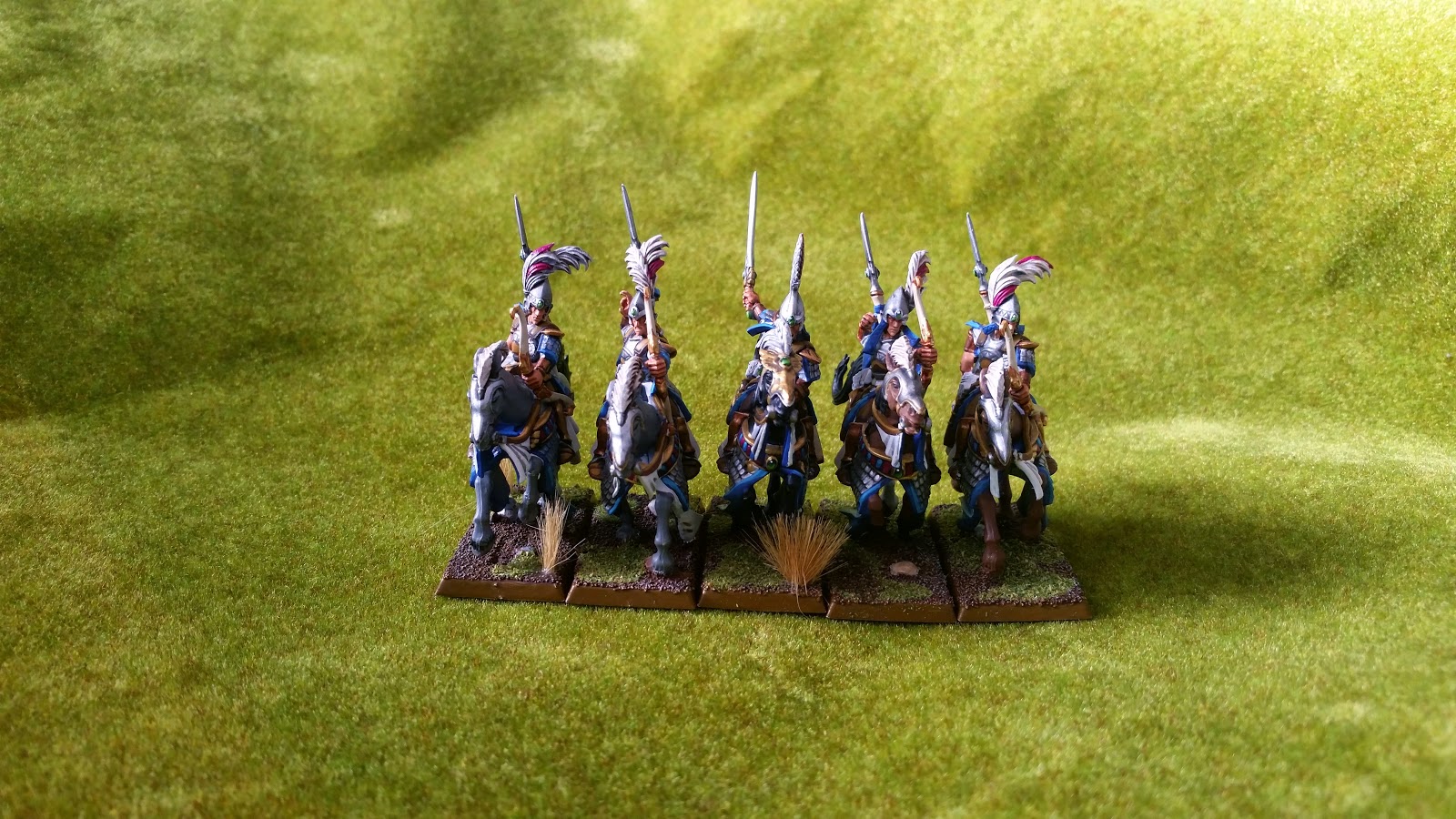 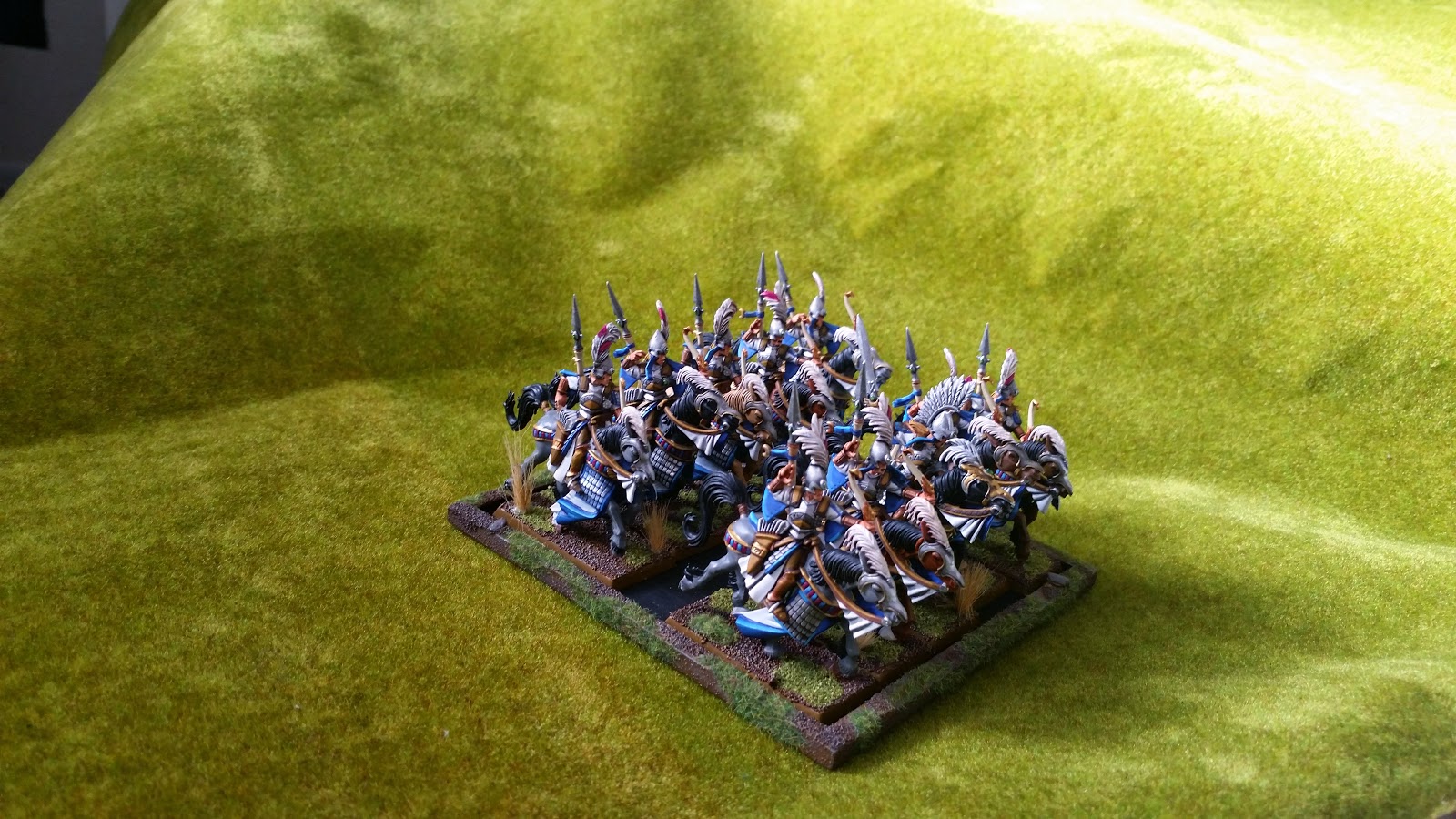 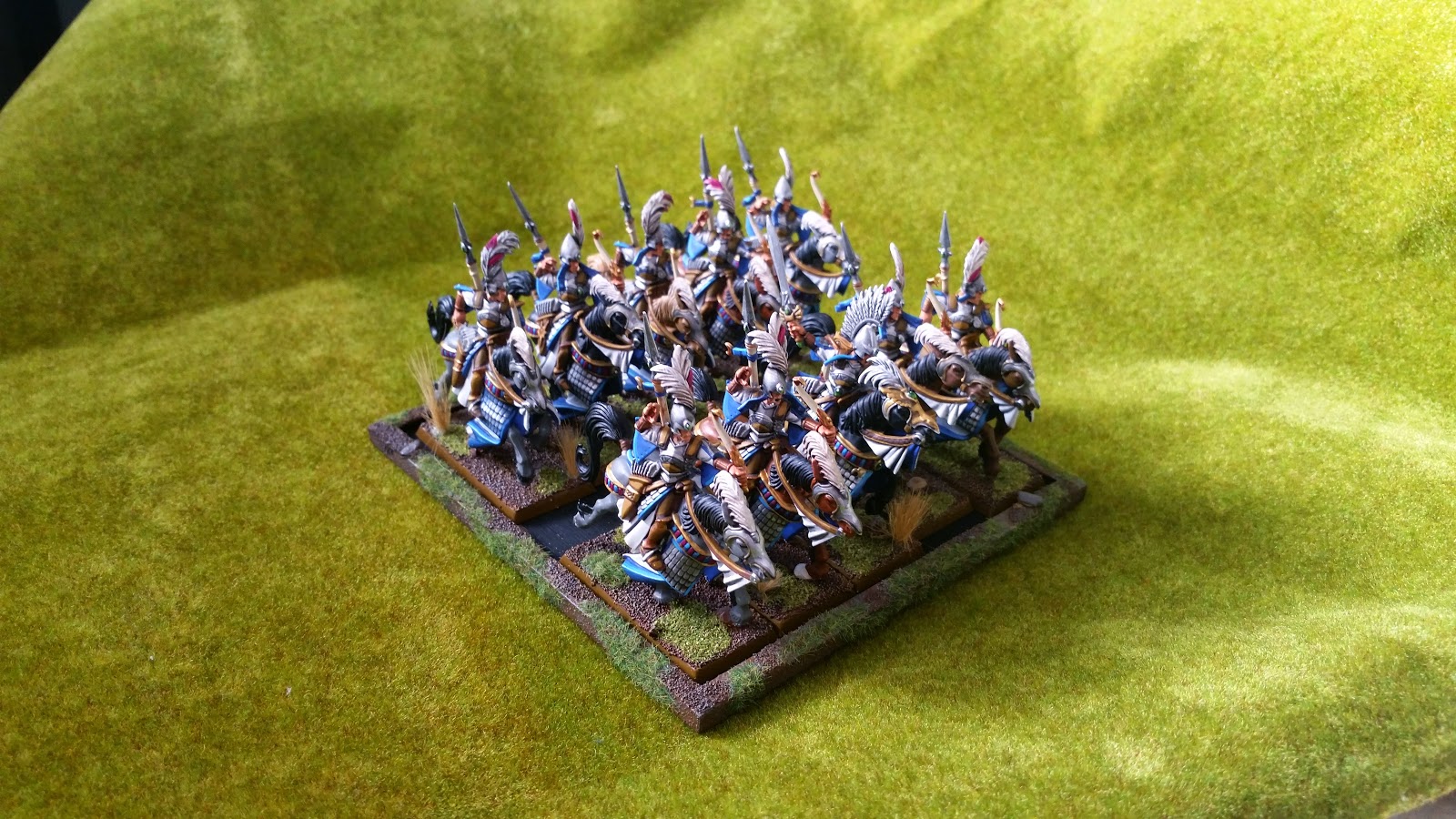 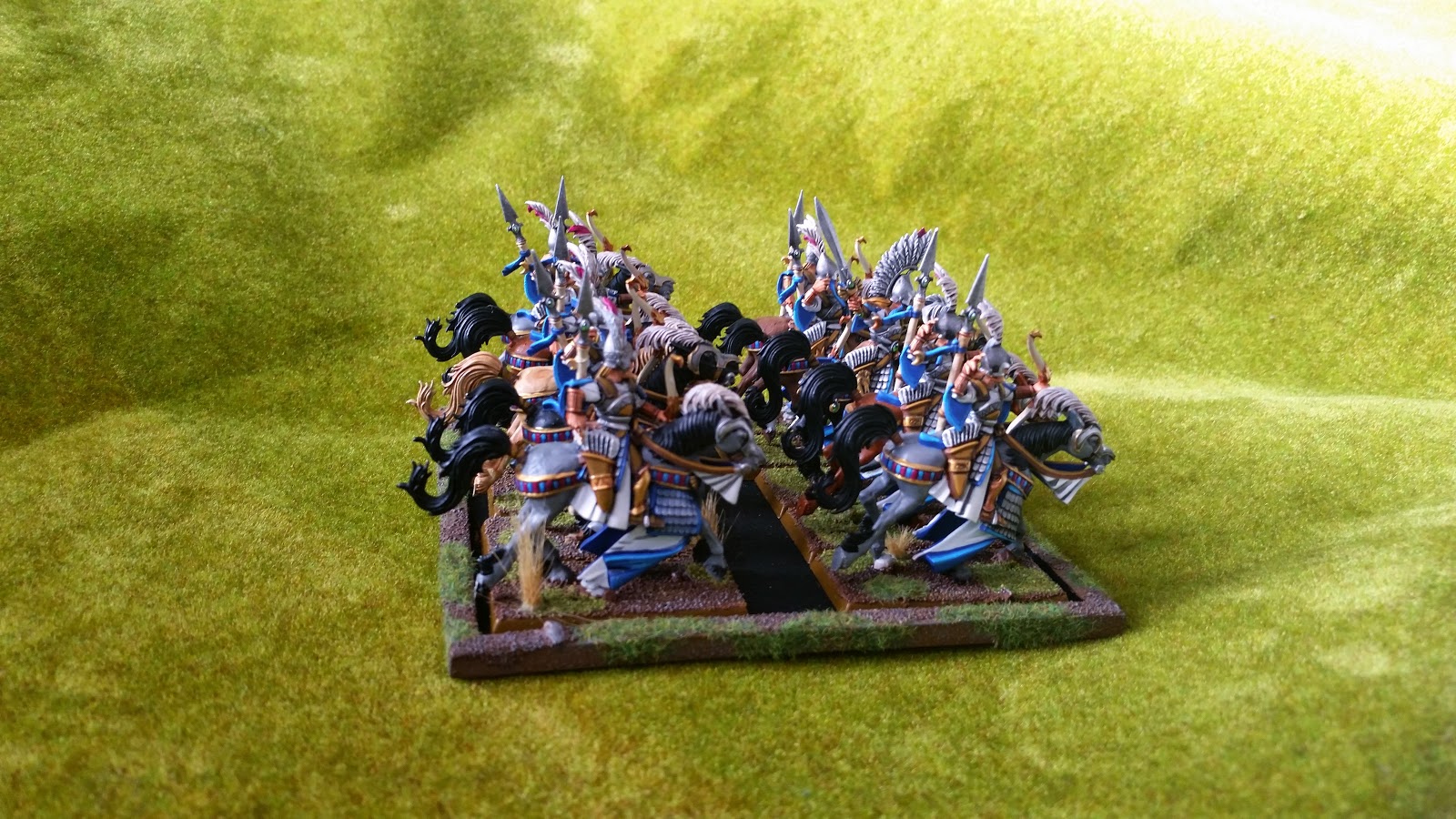 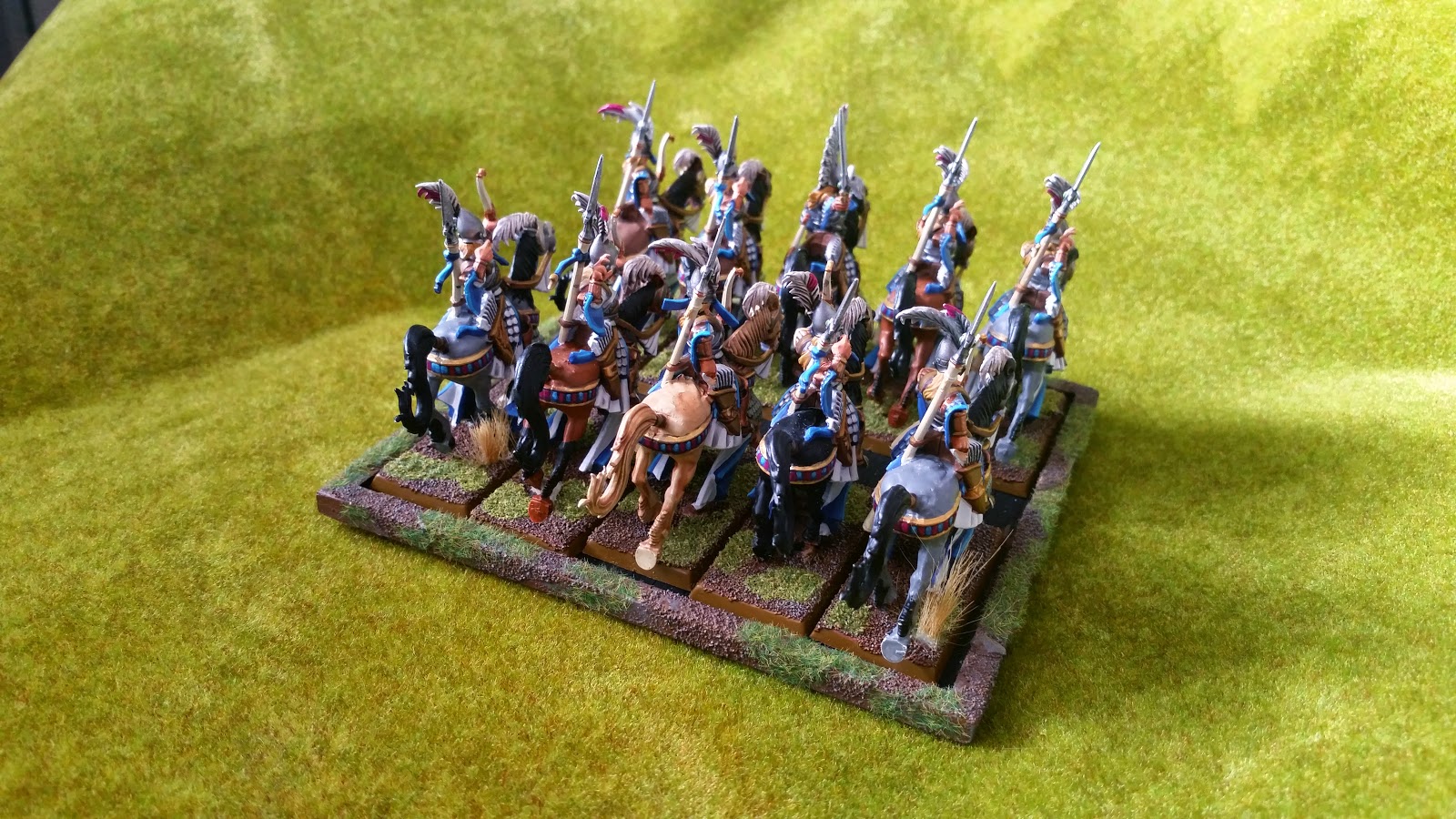 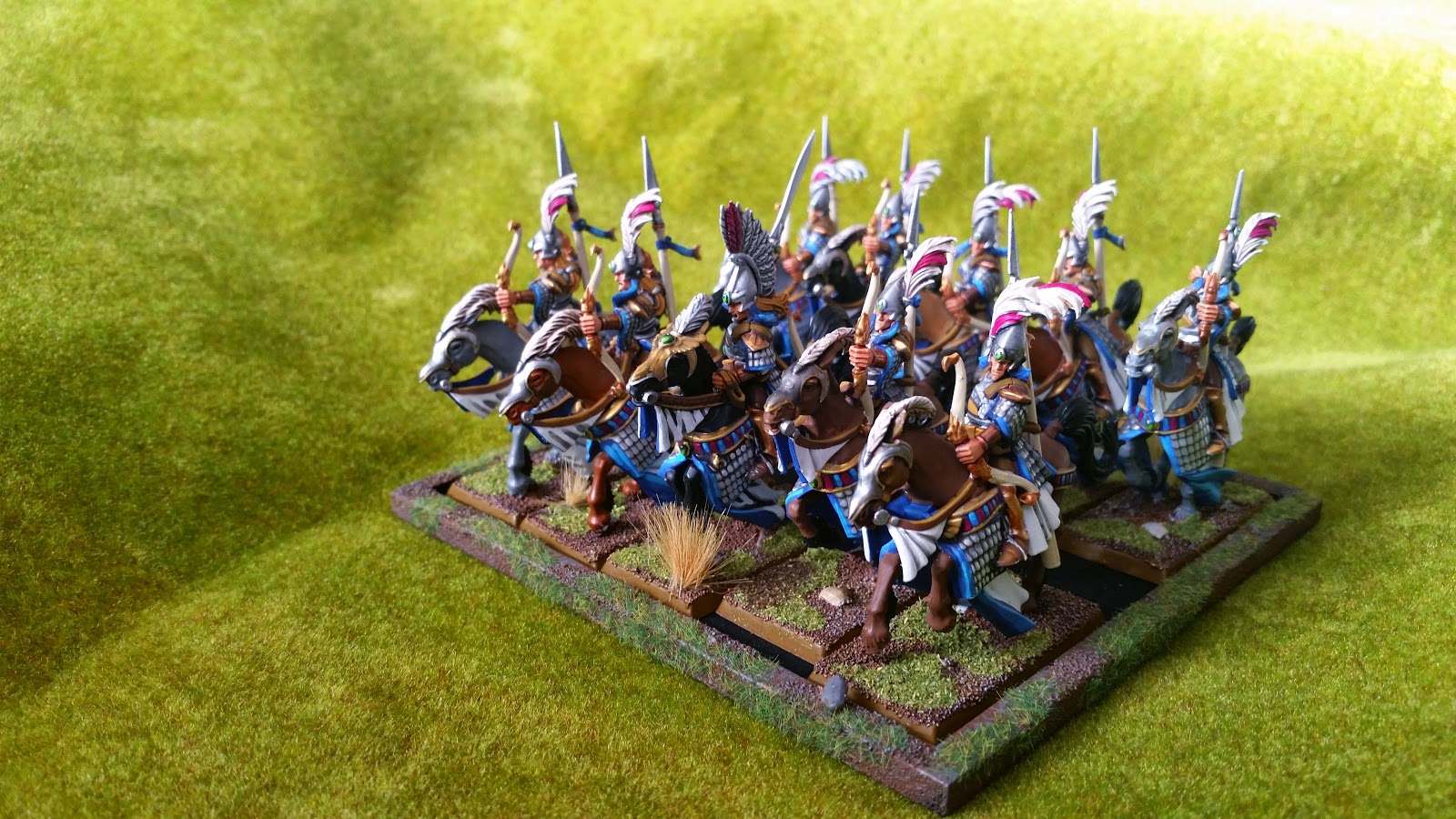 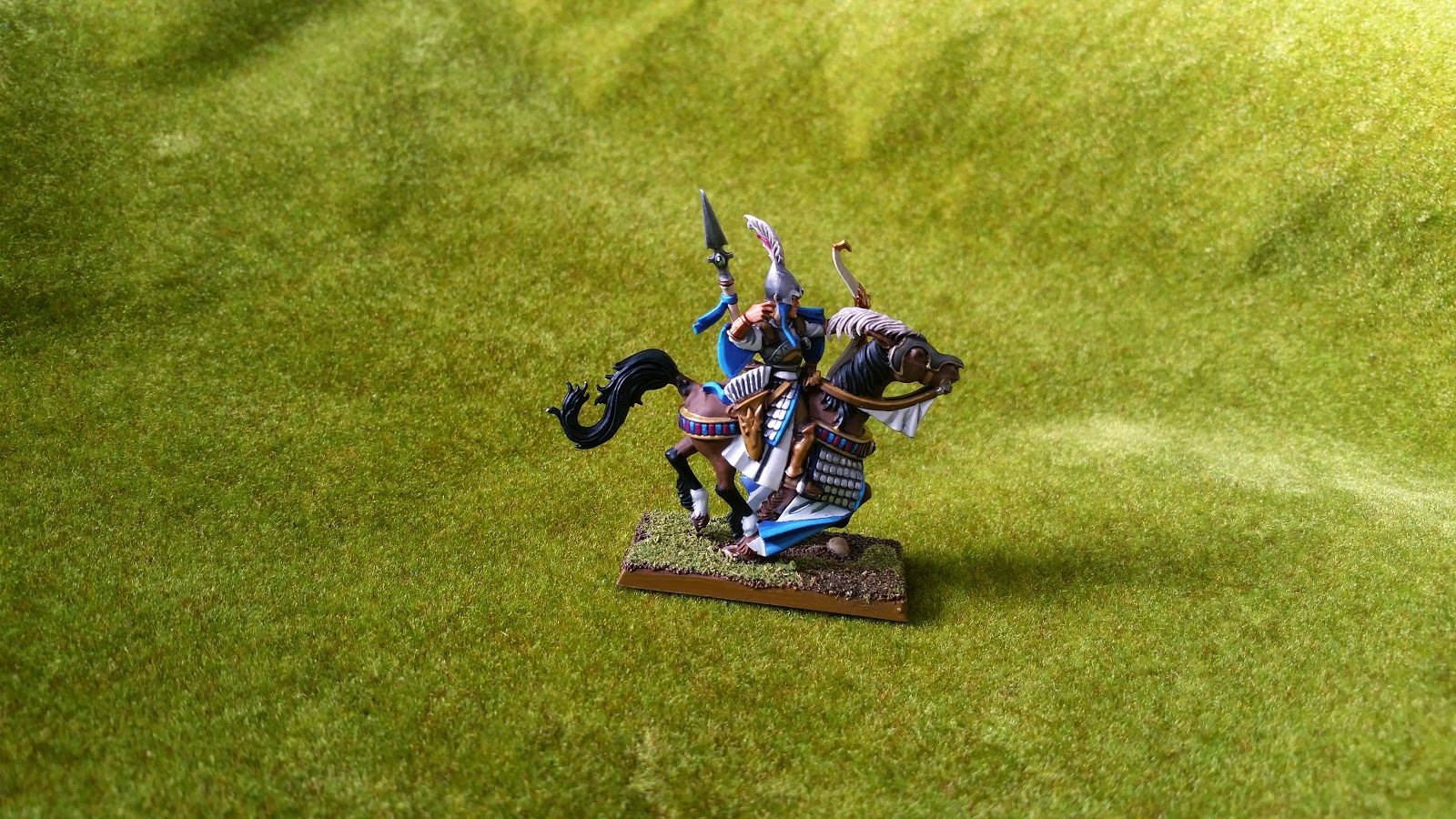 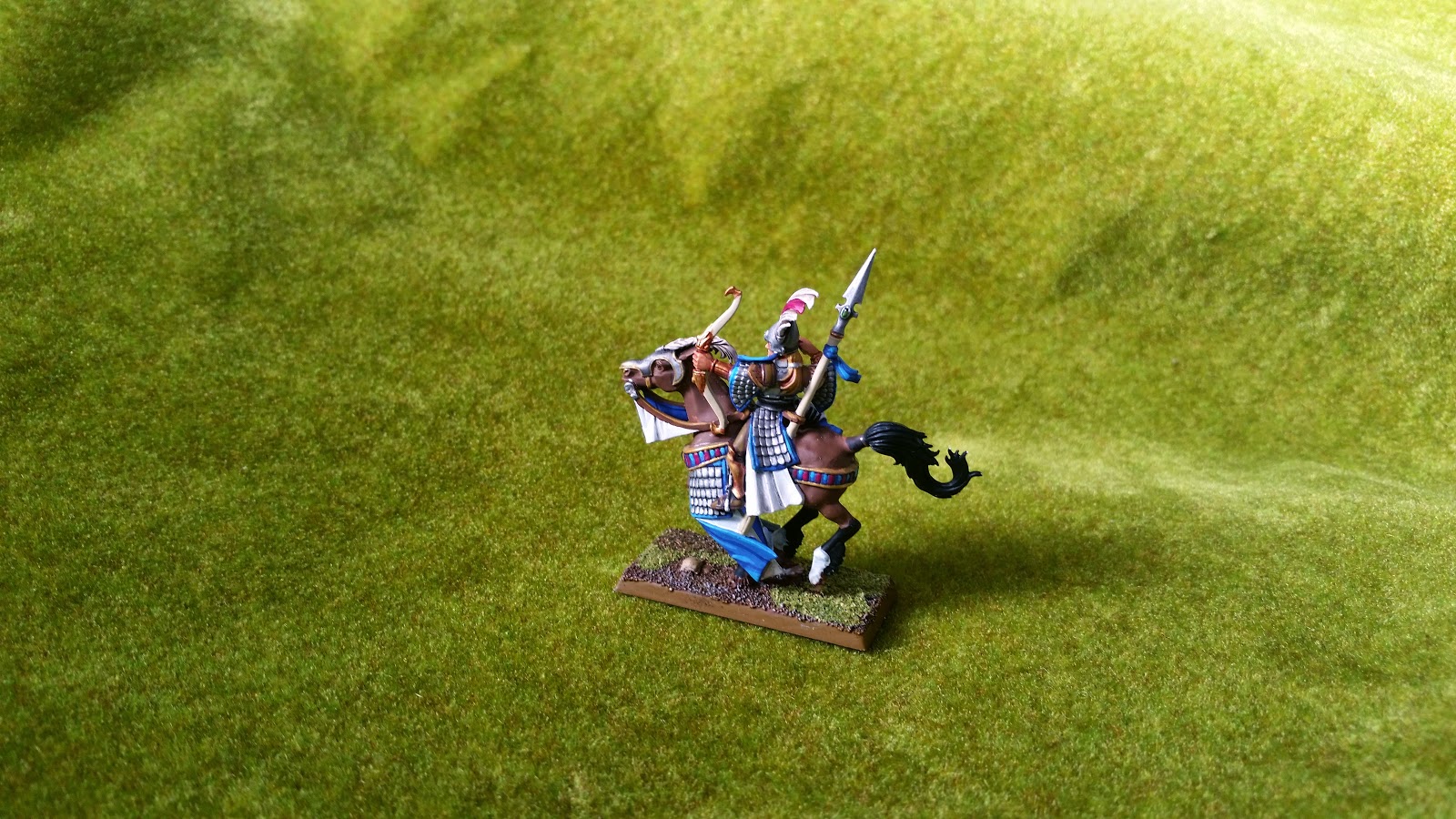 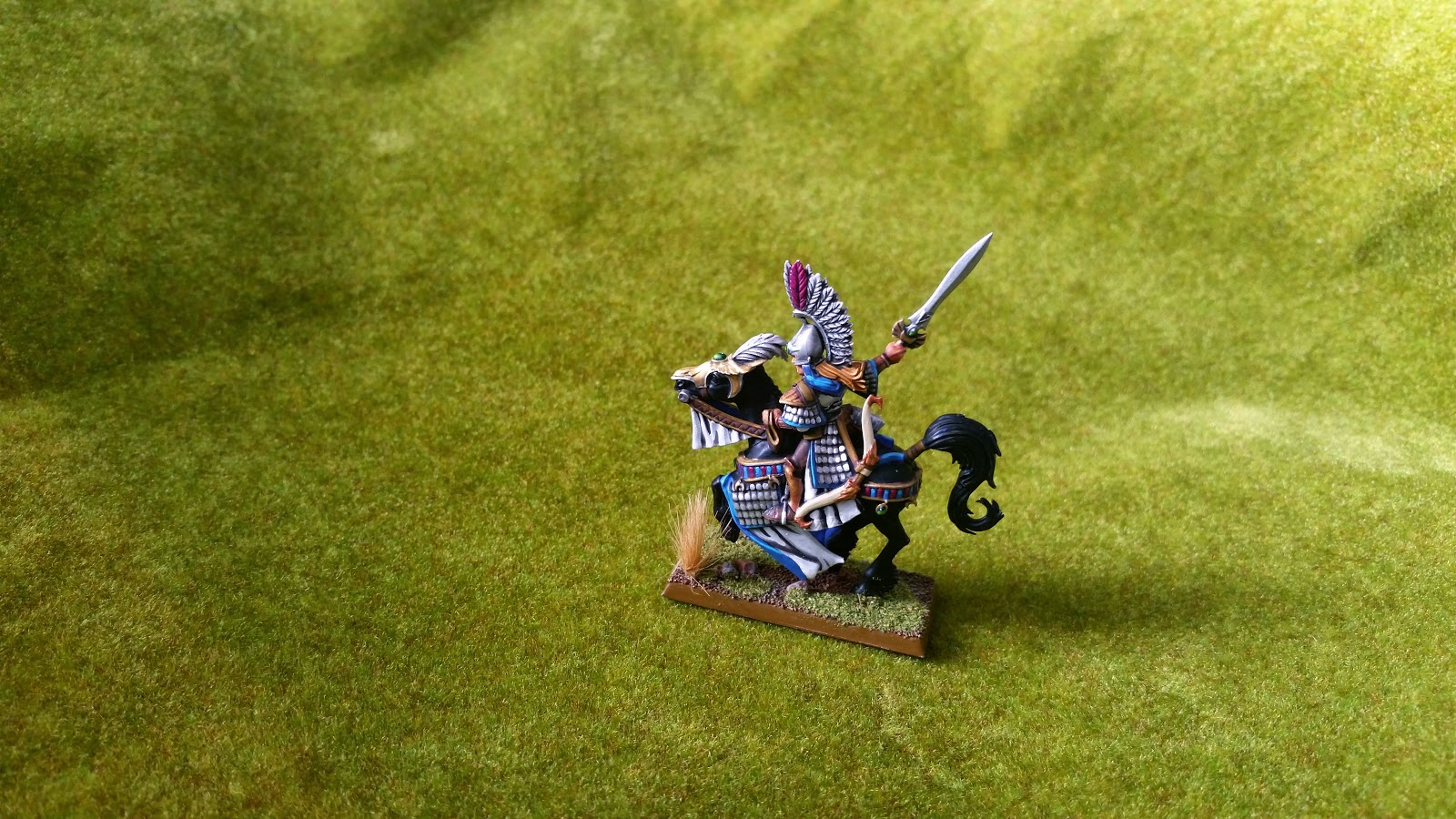 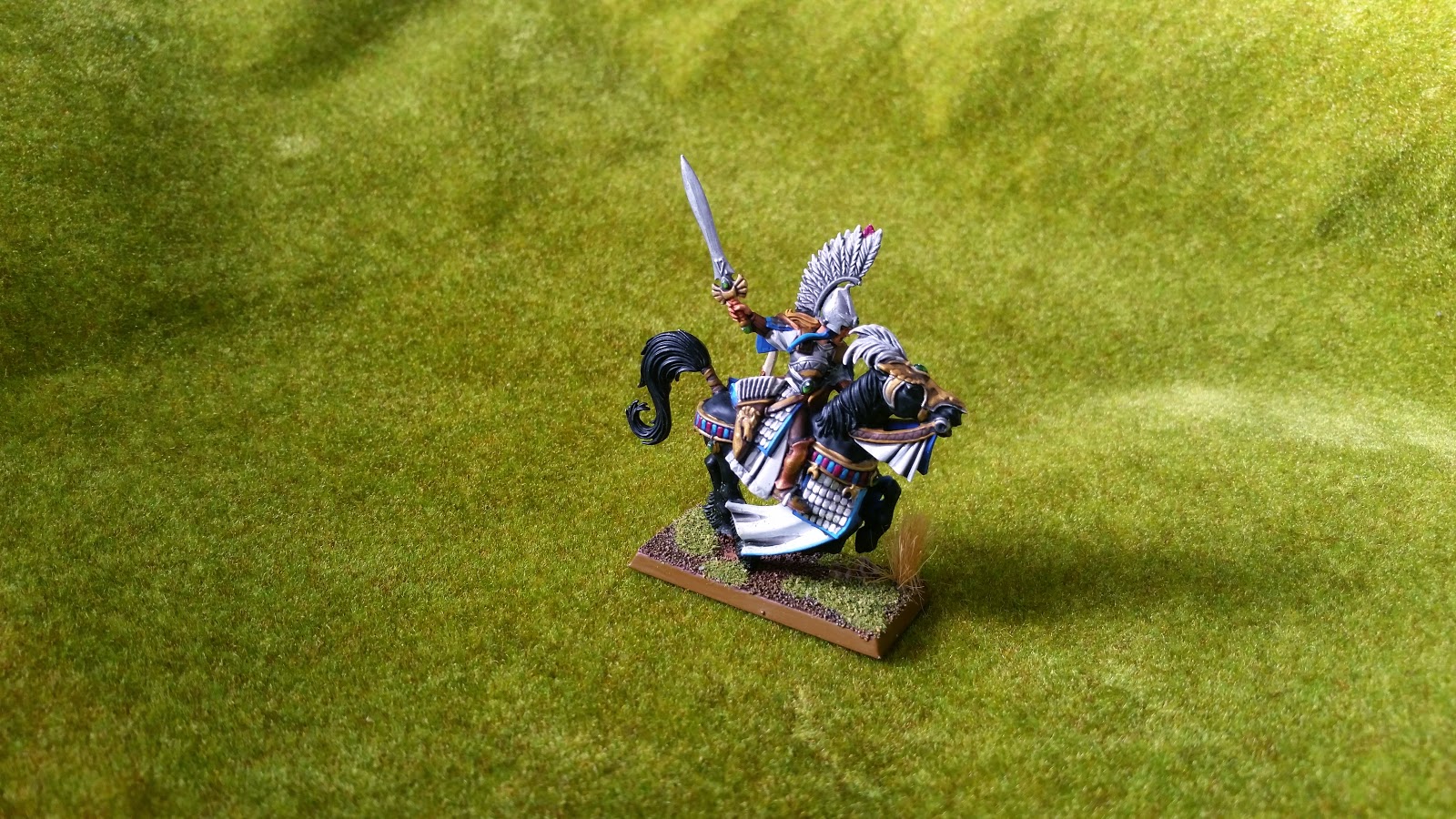 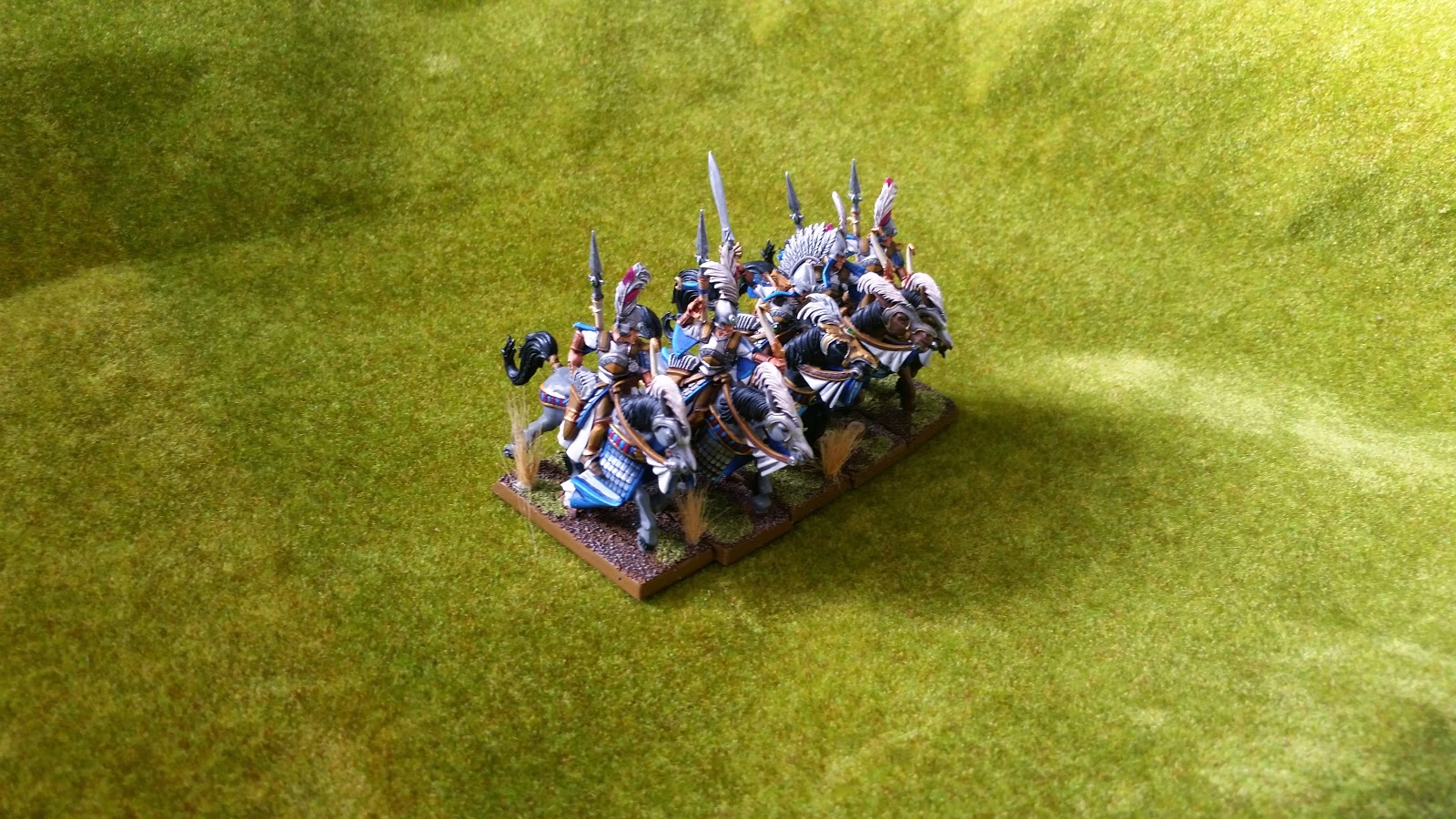 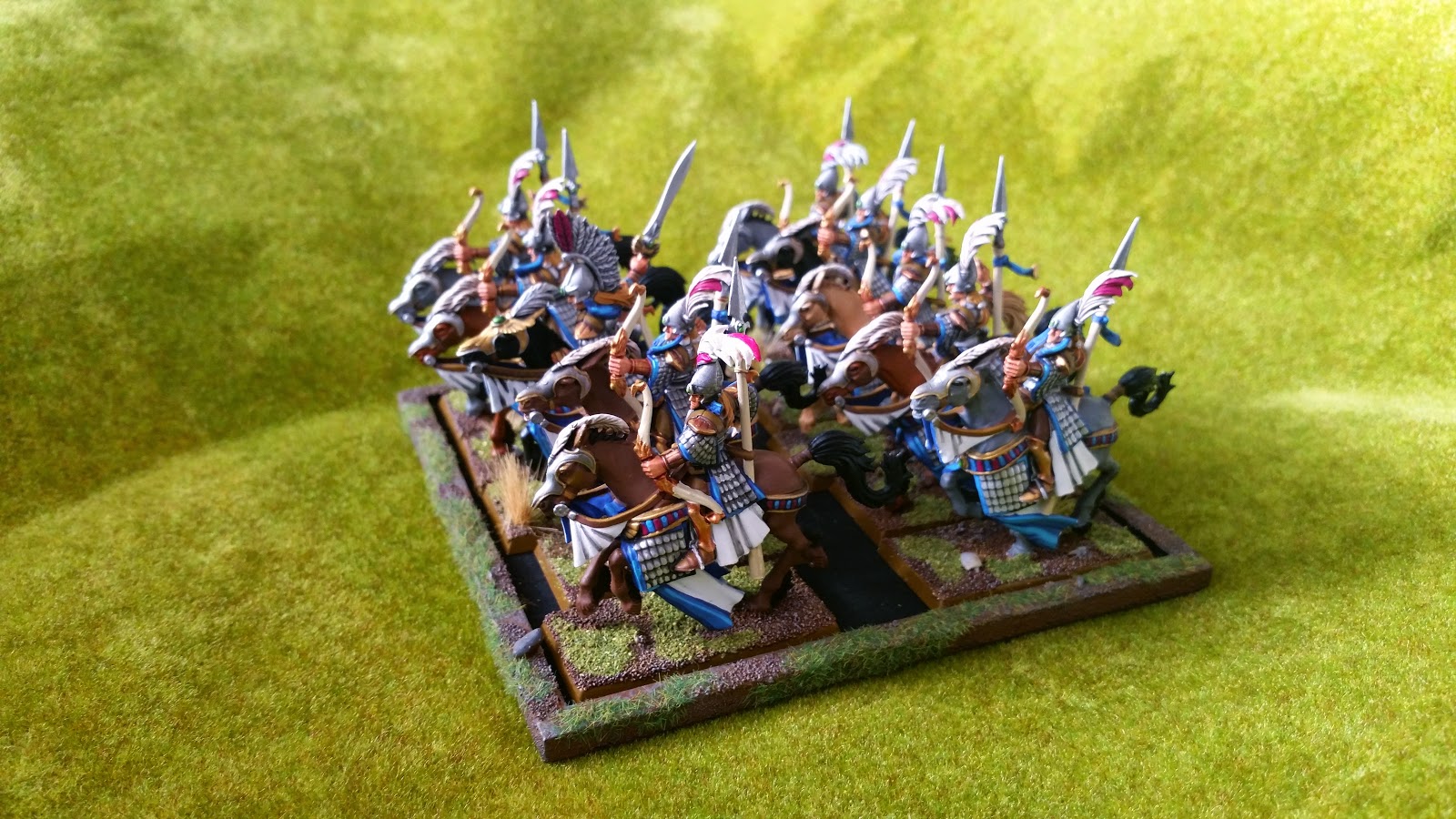 All comment and criticism gratefully received. Thanks for looking.