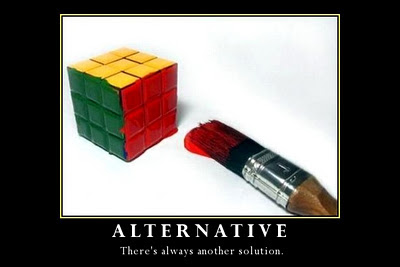 After finishing-up my Plagueclaw Catapult/ Warplightning Cannon and adding it to my Warlord Army list, I'm thinking about what path to take next and have settled on one of the following:


Any ideas or recommendations? (A few people have asked me to do the Stormvermin before, so I might go with that.)

In the "Other random thoughts and machinations dept." (the darkest tunnel to the left of my burrow) I have been thinking about alternative models that have recently taken my fancy. This isn't because I don't like the GW Skaven (I do) If you are like me you may want to consider alternative models for a couple of several reasons:
a.) Spice up your ranks with something unusual as a talking point to your army.
b.) Take a break from painting the same models.
c.) Introduce sculpts that have an alternative back-story.
etc.
A word to the wise: Before investing your warptokens (dollars, pounds or otherwise) always checkout the sizes of non-GW models carefully before purchasing. Think about whether they will be suitable complements to your army in terms of size. Also, if the model will be adding any rules to your force that are outside a Warhammer Army Book, then definitely check first with your opponent for permission to field that unit or model.
(Yes, I know Warhammer Forge is part of GW, but even so...)

Here are some rat-men themed models that recently caught my attention:

The Warhammer Forge Skaven Warlord on Brood Horror
To anyone who has been looking for a decent alternative mount for a warlord this beauty (?) has to take the cake! If you are like me and you haven't scratch-built or converted anything to use as a Bonebreaker Rat-Ogre or Warlitter and your Warlord still has to unceremoniously trudge into battle, this could be just the thing (if you have many warp-tokens that is...)

While many Skaven players overall seem to prefer a Warlitter  to a monstrous creature, this would undeniably have impact on a gaming table, as well as the ranks of your enemies!

I haven't checked out the rules, but something to remember may be that if this is a monstrous creature (and surely it is) it can't join units, so would be a pretty good target to be cannon-sniped by an opponent. Also, as a Forgeworld item you would usually ask your opponent's permission to field this.

BaneLords Quick-blade
This awesome looking standard bearer definitely brings something different to the table in terms of rat-men aesthetics. (If there is such a thing). As Pete Dunn over at the excellent Fields of Blood points out, Quick-Blade brings a more brutish, hulking look to your army (btw nice paint job Pete!)
I am a big fan of the BaneBeasts and BaneLords sculpts having purchased Scar-Scath from them.
(Lizard-man/ Slann Player? Check out Keirioc-Cro...)

The Vermin Lord has a small range of weapon/ arm variations. He reminds me of Queek with those banner poles, although (thankfully) not quite as extreme in terms of "attachments"!
I hadn't heard of Avatars of War until recently, but you can see that they have a great looking selection of lords and heroes for a variety of fantasy races, as well as units for some of them. Based in Spain, they have developed a system for miniatures battles using cards and only 5 or so minis per side (Find out more about Arena Deathmatch here)

Choices, choices! When I do get to play it is usually with a small, casual group of friends, so I don't think there would be any problems in fielding these models. The only problems (as usual) are warptokens and time!