I haven't been online much recently, what with work and everything, but I did find time to finish my first Skaven weapon teams from the Island of Blood box set. Each box set contains x1 Skaven Warpfire Thrower and a Poison Wind Mortar.

Pics and comments below! 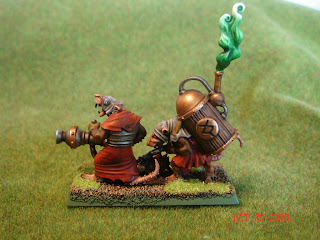 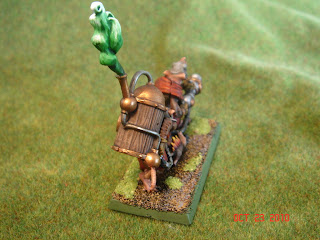 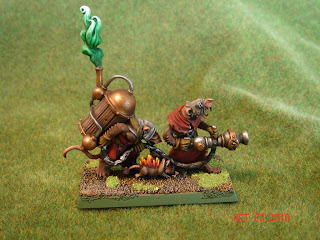 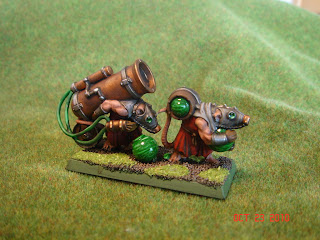 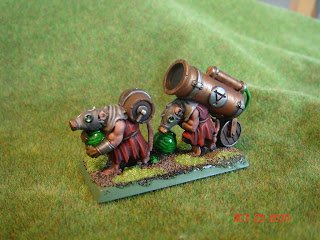 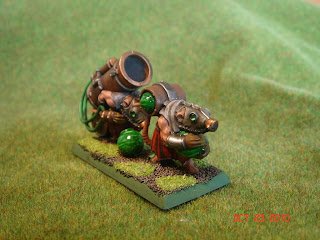 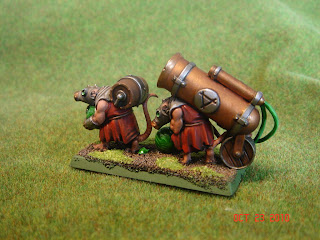 Now I've heard a few grumblings and mumblings that people would have preferred to see some Poison Wind Globadiers or Censer Bearers in the IOB set, but frankly, I think the weapon teams are better. Why? Well they are a decent supporting unit for the Clanrats that make up the bulk of the IOB forces, able as they are to skulk along with the clanrats.

The sculpts themselves are pretty decent for the most part, with some nice detailing (the rat on fire for instance on the Warpfire thrower) and a sense of "weight" about the weapons nicely brought out by the bent backs of the crew. Initially I was worried about the very large smooth areas of plastic on the Poison Wind Mortar itself, but after a couple of coats of Dwarf Bronze it looked OK. I'm still undecided on the Skaven symbols on the side of the Poison Wind Mortar though. They look too nicely engraved or cast, almost as though it had been made by Dwarves rather than Skaven (which of course is a delightful possibility - Dwarven slaves working for Clan Skryre!)

Let me know what you think. Step-by-step guides to come!

EDIT: (22.11.2010)
Following some helpful advice and comments I have worked on dulling down these models a bit to make them look a bit older and less glossy. Please see new photos below following addition of home-made verdigris and some Devlan Mud. 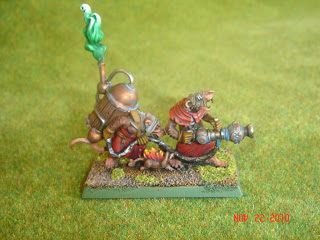 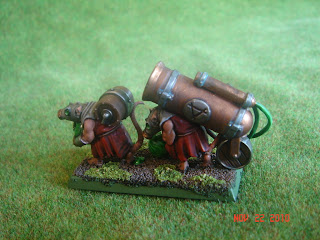 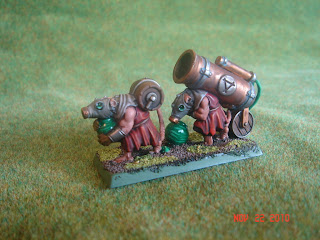 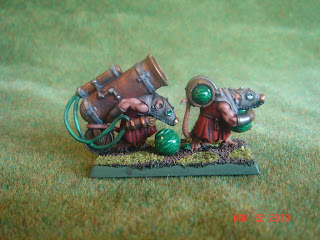 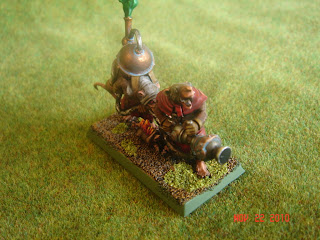 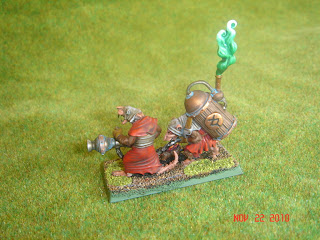 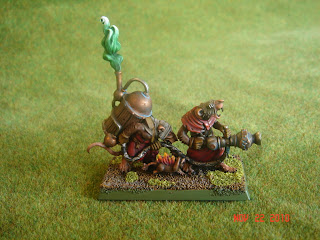 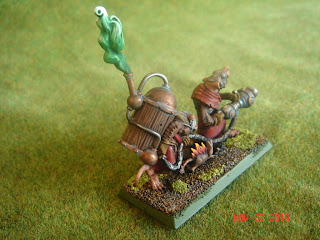