Pretty busy this week so haven't had much chance to work on the Rat Ogres too much, but I have got a couple of things to show you! (Scroll down for pics...)

1. I did a little bit of highlighting now that the Devlan Mud wash is done and used some Dwarf Flesh on the tail of one Rat Ogre to see how it looks.

2. I also started on the bases. Usually I would just add some flock etc. after drybrushing the mud, as that is easy and doesn't take much time. However, just as I suspected, it quickly became apparent that bases this size would need a detail or two to bring them to life, necessitating a rummage around the bits box.

Here is what I came up with...


I still have highlighting to do on the rats, shield and axe and of course flock and paint the base, but all feedback welcome!
Pics below: 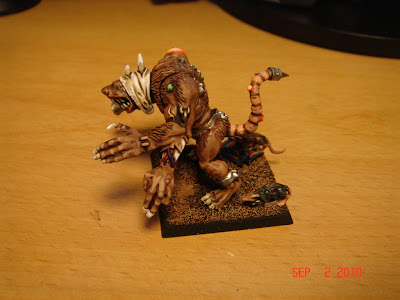 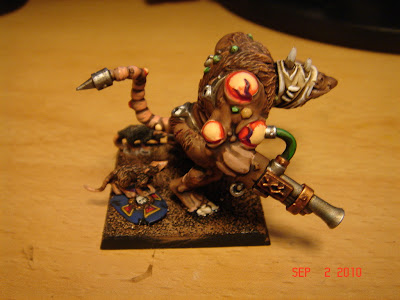 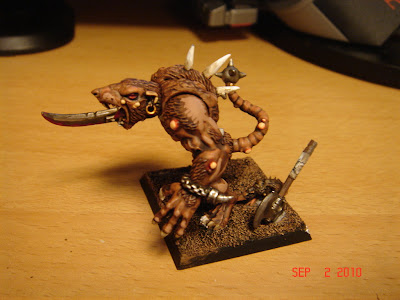 Hope to have these guys finished by the end of the weekend!
*Squeek*
Posted by Oddjob at 9:51 PM