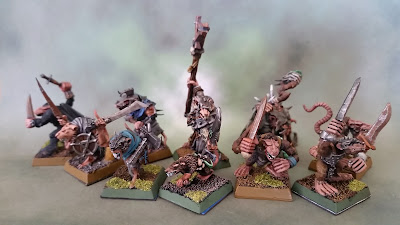 Weez in UR sitty, steelin' UR potionz...

Mid-Feb I posted a Google plus update on which Skaven models I thought would be good to make a Warband for Frostgrave, but I didn't update the blog.
So here they are!
The cool thing with Frostgrave is that there aren't any rules about what models you can use so anything goes from your collection (although there are nice official models available) to represent the thieves, soldiers, archers, wizards and barbarians that could make up your crew.

The first warband I thought of had the following members:

A weakness I considered in this merry band was a lack of ranged power, (no archers) but as someone pointed out, I could easily replace a couple of models with a Skaven Gutter runner with a sling.

Anyway, let's take a look at these models and meet the band... 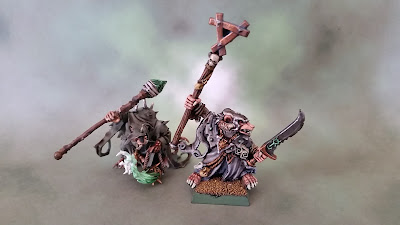 At right, Nemo the wizard, leader of our band and seeker of ancient knowledge. At left, Pestilich Seep, apprentice. No less covetous than his master, but sadly only half as talented... 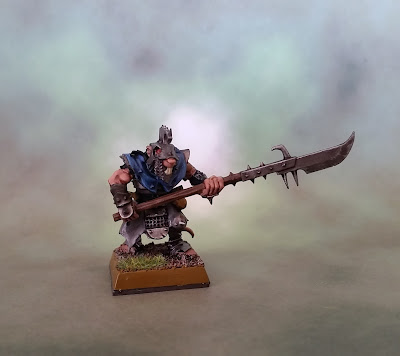 Meet Scratch...wielder of the big slicer 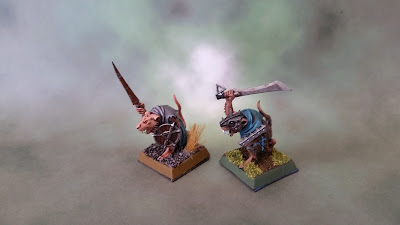 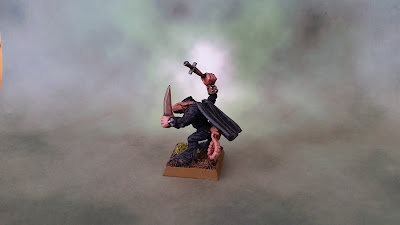 You'll never see him, and if you do? You're dead. 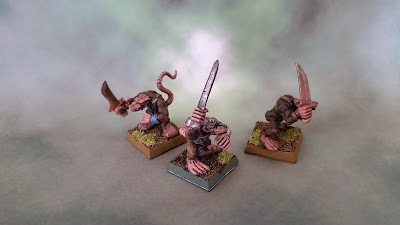 Cheap to hire, and dirt-cheap to replace when dead. These guys think they are going to make it rich, but more than likely they aren't even going to make it to the city center...
From left, Weezil, Diezal and No Tail. 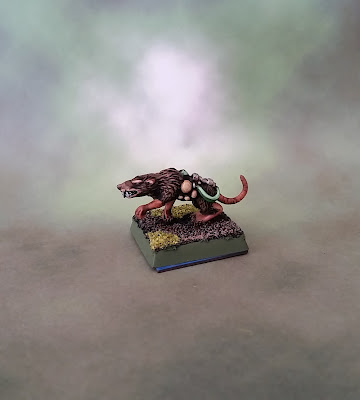 It doesn't have a name, but it doesn't need one! All anyone needs to know is that thanks to the stimulants coursing through its buboe-infested body it will attack anyone and anything.

I really like Skaven, so using these guys should be fun! 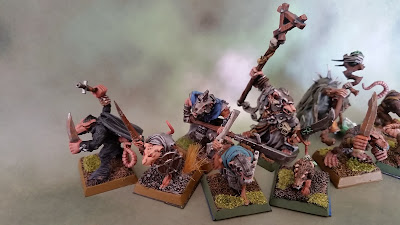