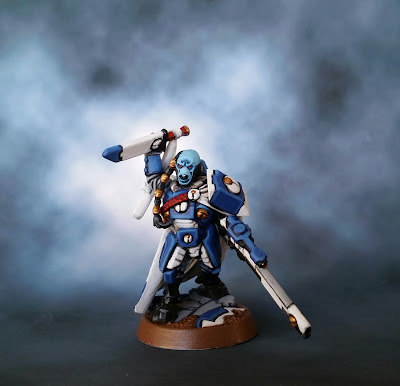 After picking up the new Tau books for Christmas and with a game planned in the first week of January, I thought I should dust off my Tau army and see what models I have. What formations from the new books would I be able to field with what I already have?

A nice surprise was finding an unpainted Cadre Fireblade - an HQ unit for the core of the Hunter contingent. Thinking that it would only take a couple of hours to do, I got to work, only to finish 2 days later! I guess it is the case that taking a break from painting for months affects your speed...

This was the first time I revisited the army following the experience I gained painting my Skaven. That meant this model got some touches that I didn't really consider when I started painting Tau all those years ago (including simple techniques like washes). I think it looks better for them! The base comes pre-moulded, and it looks nice even with a simple paint job like this. It might look better with some vegetation but I was in a hurry!

I had a go at some freehand on the back of the cloak just to break up the white. I failed miserably about 10 times before getting something I was (almost) happy with. It isn't complicated, but it still required me to try and stop my hands shaking... 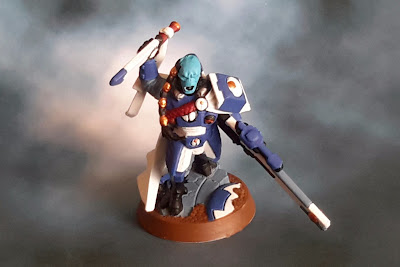 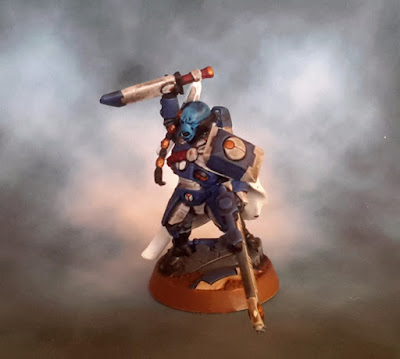 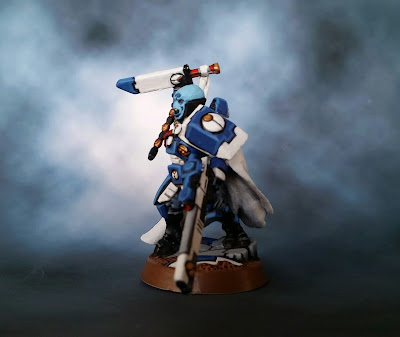 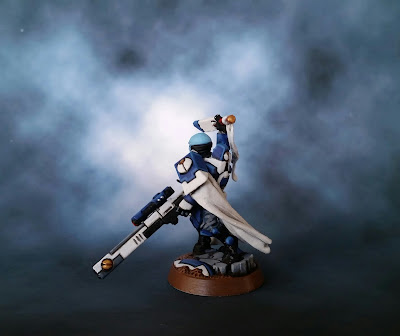 So how did he perform on the battlefield?

There is a lot to be said to having x1 extra shot for every pulse weapon in your unit. That is a very significant increase in firepower from a cheap unit (as described in better detail than I could ever achieve over at the ever-excellent 3plusplus.net). Not only that, but he has his own markerlight and split fire rules (something I completely forgot - doh!)

Having him attached to a single squad of 12 gives x24 Str5 AP5 shots out to 30 inches, letting you slather on the pain from a reasonable distance. More please!

How many can I take?