Recently a friend mentioned a 28mm miniatures skirmish game called Frostgrave, and asked if anyone would be willing to give it a go. Generally I don't get involved in trying new systems - I so rarely get a game in that when I get to the gaming table I usually want to just play 40K or Warhammer Fantasy.

In this case though, he mentioned two things that peaked my interest...
"...low model count..."
and
"...existing models..."
Now when your two current systems generally require somewhere between 40-200 models to play (especially if you plan to play as Skaven) those are almost MAGIC phrases !

Intrigued, I visited the Osprey website to learn more.

The rules are reasonably priced. 11.99 GBP (1,999 yen) for a 136 page rulebook in digital format. Yes, I know Age of Sigmar rules are completely free (and short), but bear in mind that over here a 40K rulebook or supplement costs 60~70 GBP. I'm NOT complaining about the price (Warhammer is a luxury hobby, and I find the materials to be of an excellent quality) but by comparison, Frostgrave seemed reasonable.

I gladly laid out for a digital edition and I'm happy to report that the rules are comprehensive, generally clear and well-written, and beautifully illustrated. Osprey is a publisher who I knew well in my youth. I obsessively collected their "Men at Arms" range, and spent many happy hours absorbing every detail of the beautiful artwork and research that went into them ("The Roman Army from Caesar to Trajan" was a particular favourite, although it must have been updated by now!)

As a complete newcomer to skirmish games (I never played Mordheim) I was happy that the rules and objectives are easy to pick up. You form a warband and search an abandoned city for treasure and magic items, all the while fending off other warbands (players) and wandering monsters.

Choose a wizard from one of 10 different types.
Choose a limited number of spells from different disciplines.
Pick and provision a warband with up to a further 9 men/ women using a starting budget of 500 Gold Crowns. (Each henchman has a different cost)
Different models can carry different amounts of treasure off the board.
If playing a campaign, your wizard levels up between games, depending on how many experience points he accrued during the game (for successfully completing various actions.)

So far, so good! It looks as though you could play a game in a hour or 90 minutes once you know the rules.

There is one fly in the ointment however, and that is the issue of terrain. It looks like the game will play best if you use lots of terrain on your table. This replicates hunting through a ruined city, but also sets up exciting encounters in cluttered, narrow streets. If you are WFB player like me, you might have a couple of houses and hills but I'll need to create a LOT more urban terrain to get this to work. Of course you can use books, cardboard boxes etc, but that won't look too good! MAKING terrain is great fun, but can also be time consuming.

The Frostgrave rulebook doesn't discuss races (all the models appear to be human) but there is no reason you can't use existing models (although Osprey has partnered with Northstar Military figures to create a fine range of wizards, soldiers and others). I rummaged through my existing High Elf and Skaven armies to see what I had that I could use. 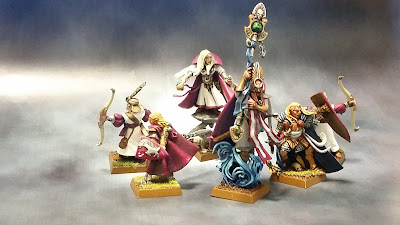 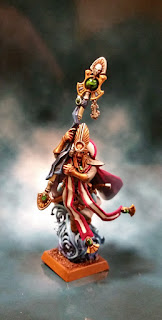 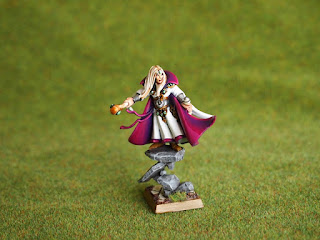 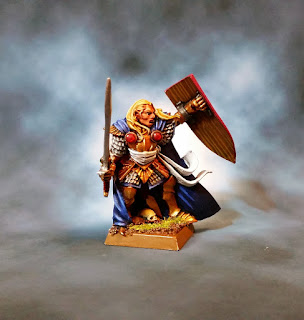 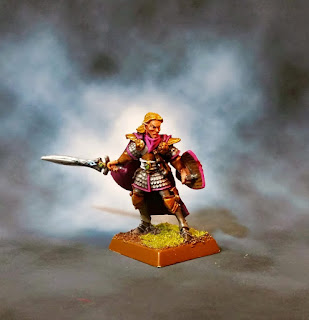 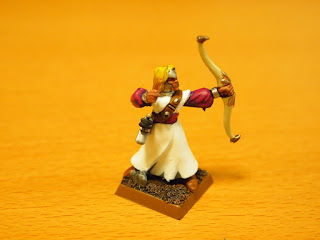 Hopefully I'll get a game in soon and I can report back on how it goes. Before that though I have to work out how to get lots of cheap ruins made up!