Simply put, White Lions are about as hard core as it gets when it comes to High Elf hammer units. Sure, Swordmasters put out the hurt, but Lions have a 3+ save against missile attacks, +2 strength and are stubborn too.

I quickly got these guys up to scratch over the last couple of weeks to play a game, but spent some time adding a bit more detail the last few days and thought they were ready to post.

The gloss varnish was a bit of experiment, but I think it came out ok. If you are looking to save time, then focusing on the command unit or first row and making compromises on the other models can save you a lot of time. It was much faster just to have a nice Dark Angels Green basecoat on each gem and then varnish it, rather than do the four steps and have the steady hand that gems usually take (base coat, lighter basecoats x2, white dot).
Does it look as good as painted gems? No, because it doesn't "pop" as much. It does provide a basic gleam though!

A few compromises at the moment, as this unit came from a big HElf eBay purchase a while back:

Coming from painting Skaven, it was quite refreshing to have a complete unit at 19 models! 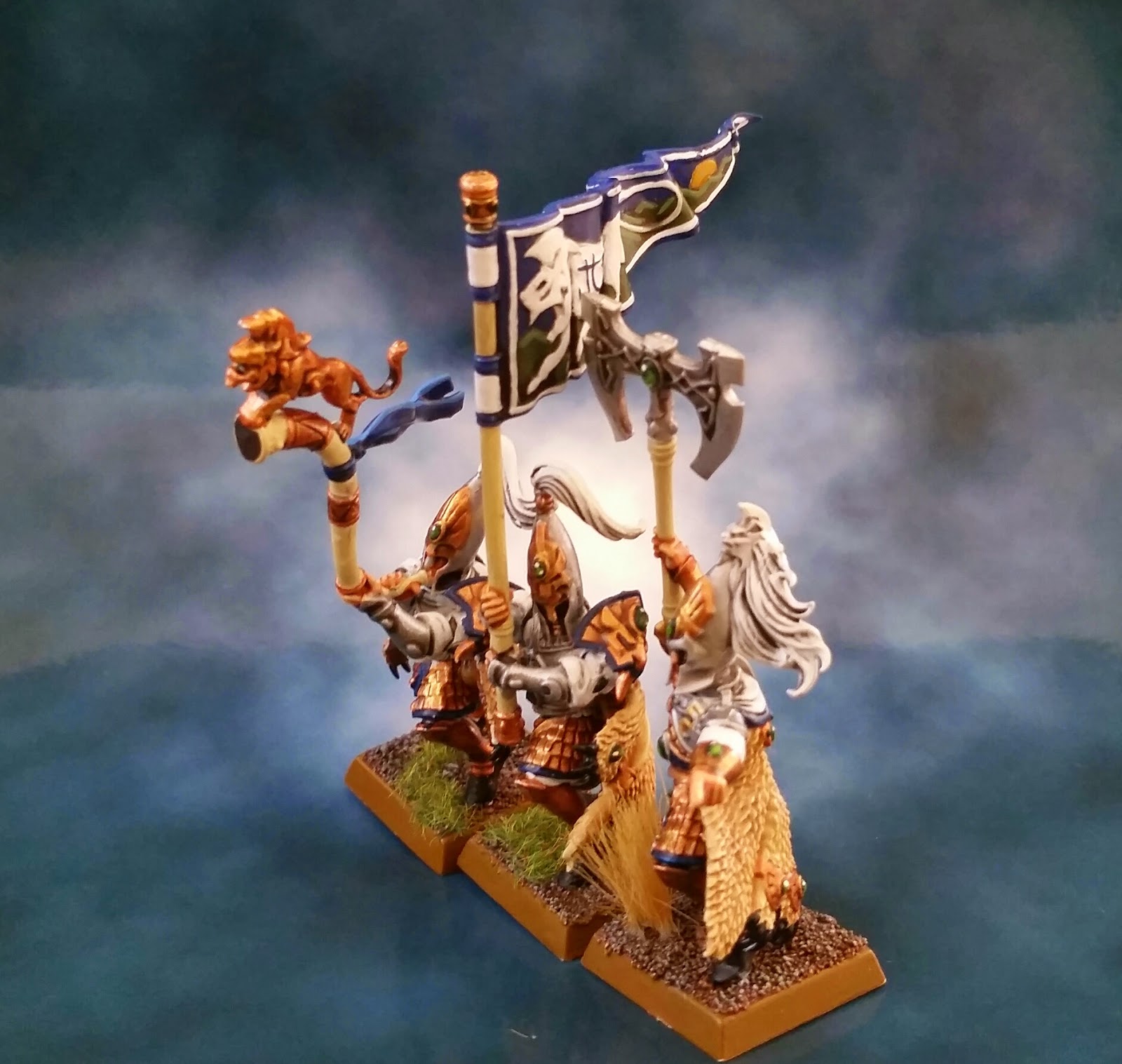 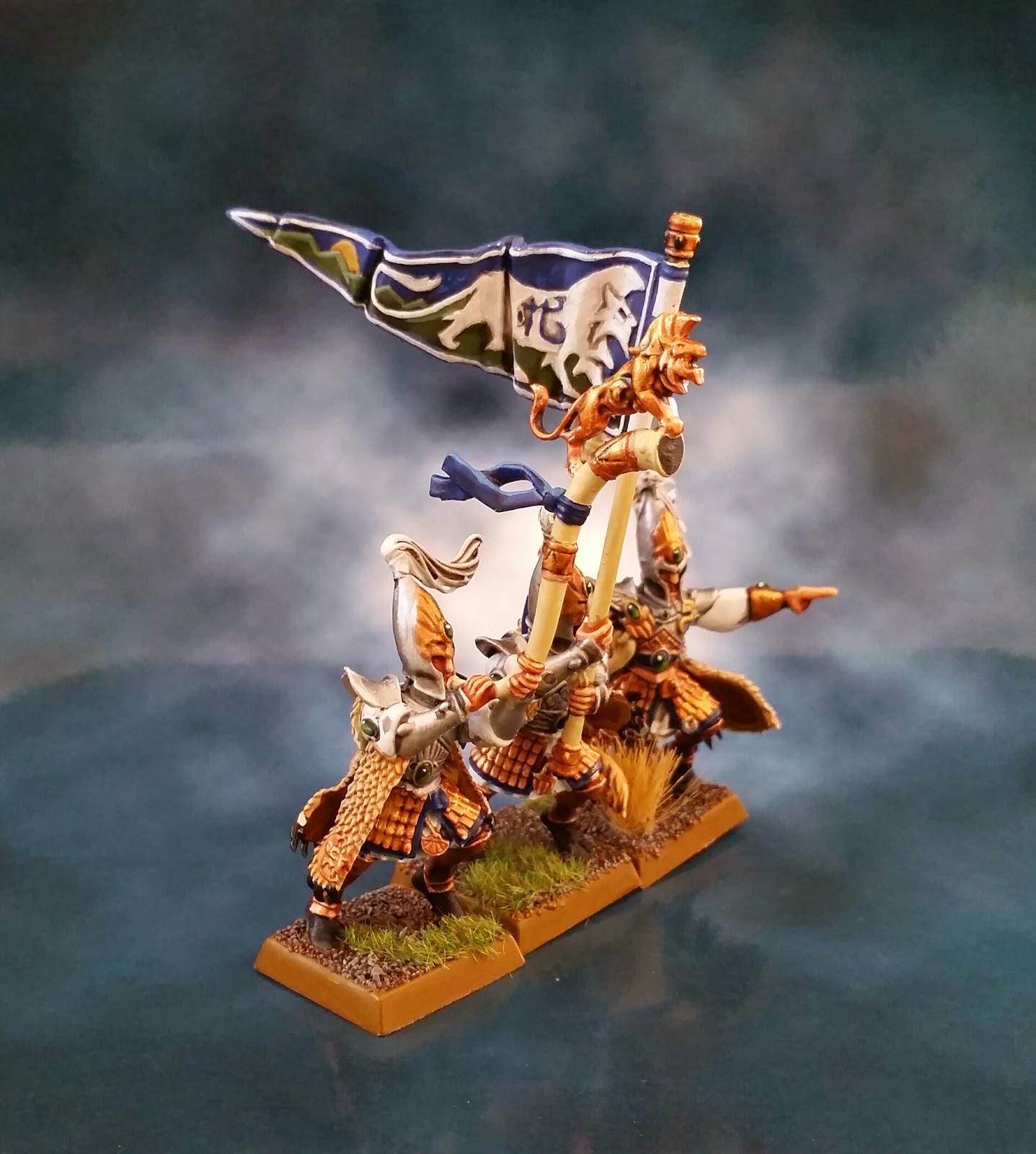 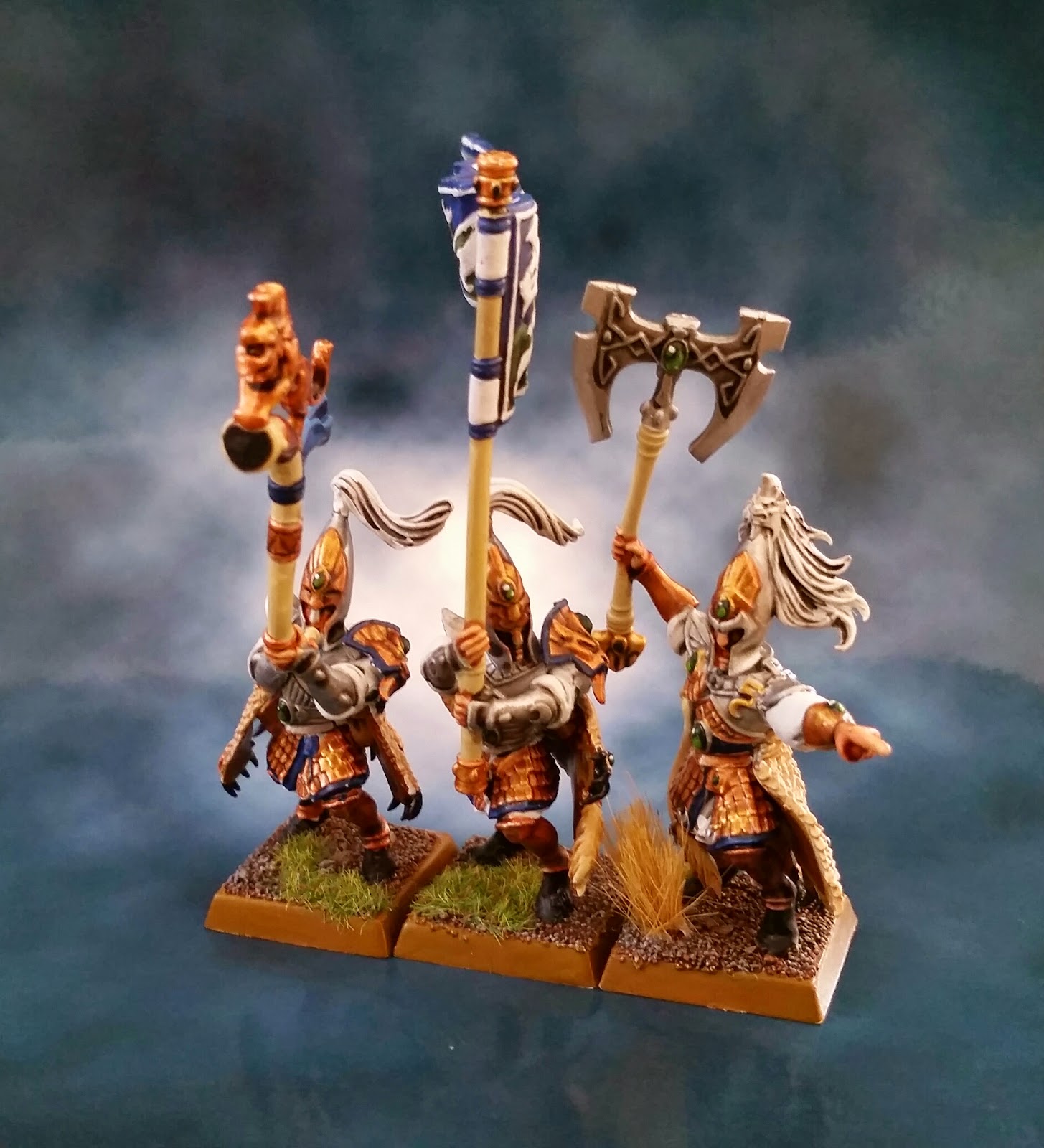 I'd like to go to a single model (probably a Prince) and then 1 or 2 mounted heroes (a Prince and a Mage). This is because I have 8 Silver Helms done from my first attempt at the army. From what I hear running these 3 x 3 is a good balance of offence and size, while still allowing me to push a mounted hero in the 2nd file (protecting them from attacks back). It will be fun to run a unit of cavalry for the first time next time I field this army!