...officially of course, it is the year of the Sheep (at least here in Asia!), but there are good signs that it could be quite a year for the Skaven too!

First, take a look at this forthcoming new Skaven Model (courtesy of SpikeyBIts) from a forthcoming White Dwarf: 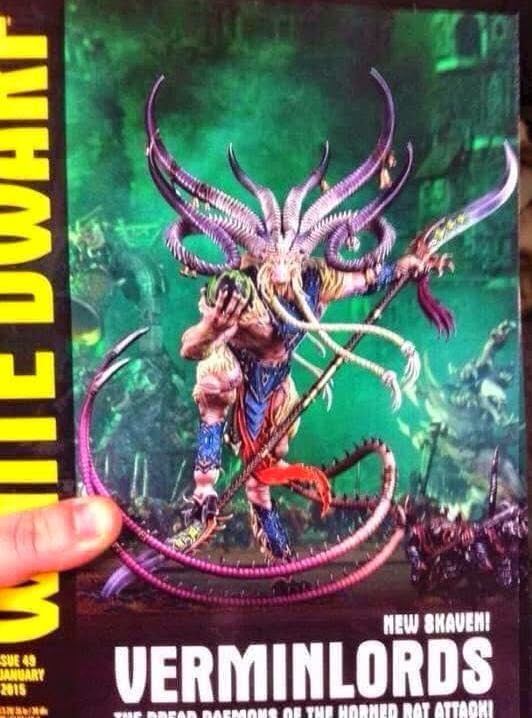 The full line-up can be found on the GW website and it certainly is a major one for the Skaven. The return of Thanquol, "End Times" stuff, and lots of new models. I like the look of these Verminlord models (although this close to Christmas, the bells on his horns remind me of tree ornaments...) and would think about picking one up IF the rules make the Verminlord competitive this time around. The previous rules meant that most people never took one (overpriced and under-powered).

I might still take my "Counts as" Verminlord, Skar-Scath, to see how the rules perform. 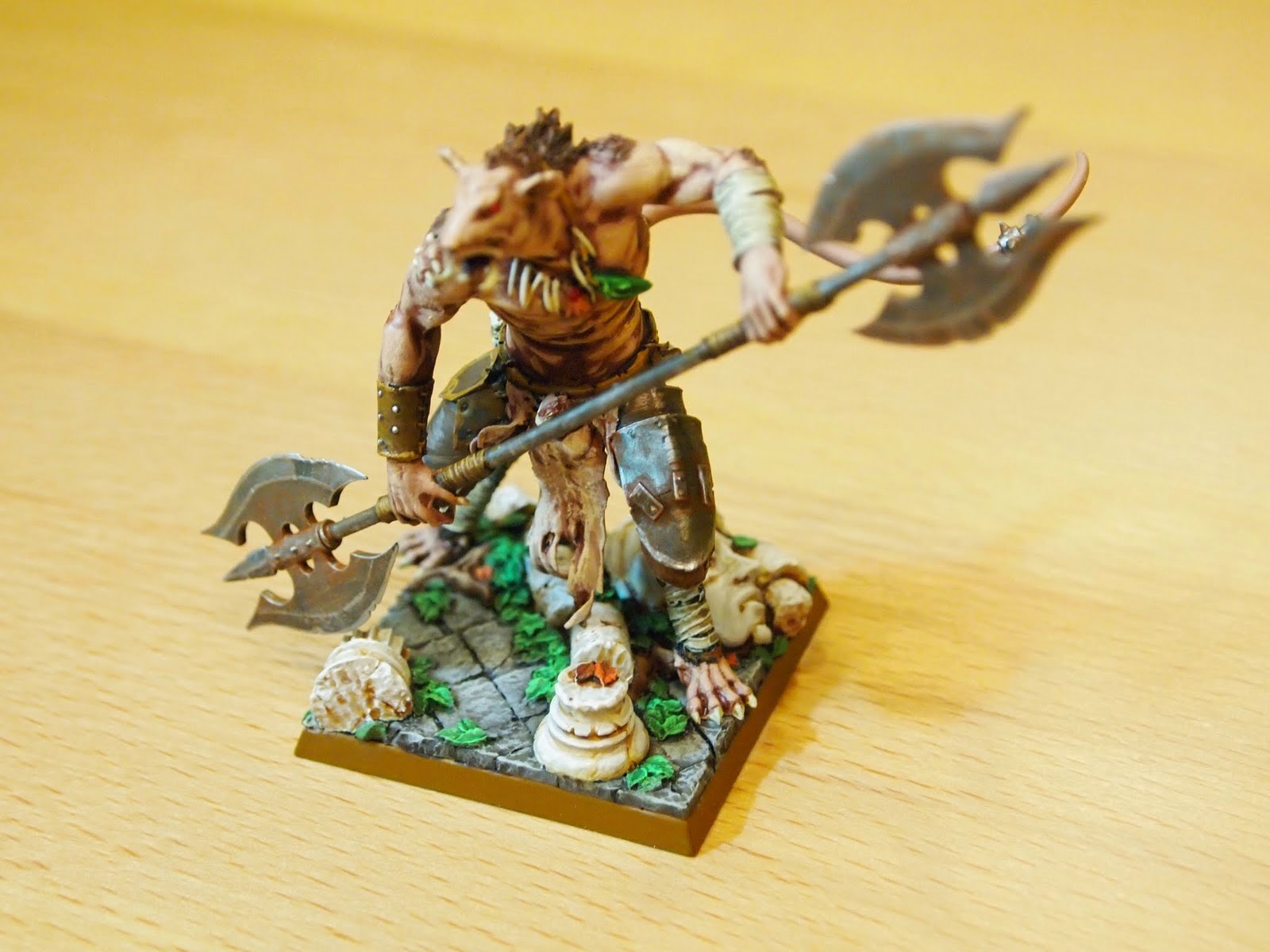 My Skaven and other animals:

2014 was a slow year for painting, as I lost my painting mojo every so often but I still got a variety of units done. Here are some highlights from last year.

The Skaven horde of Squeek Vermintide as it is now is shown below (as of Jan 1st 2015). I didn't paint all of these last year, but I thought it would be interesting to see the horde laid out. 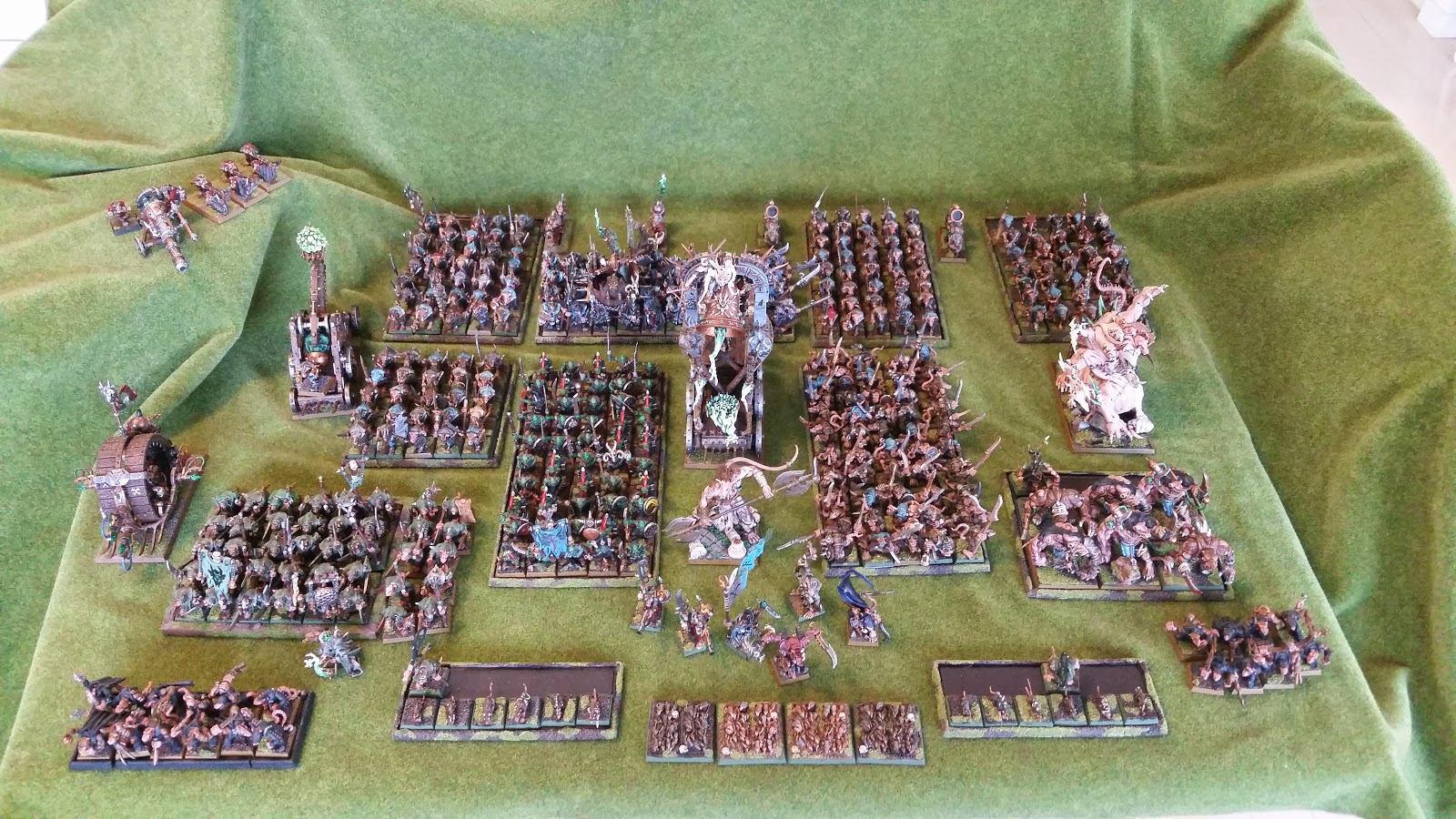 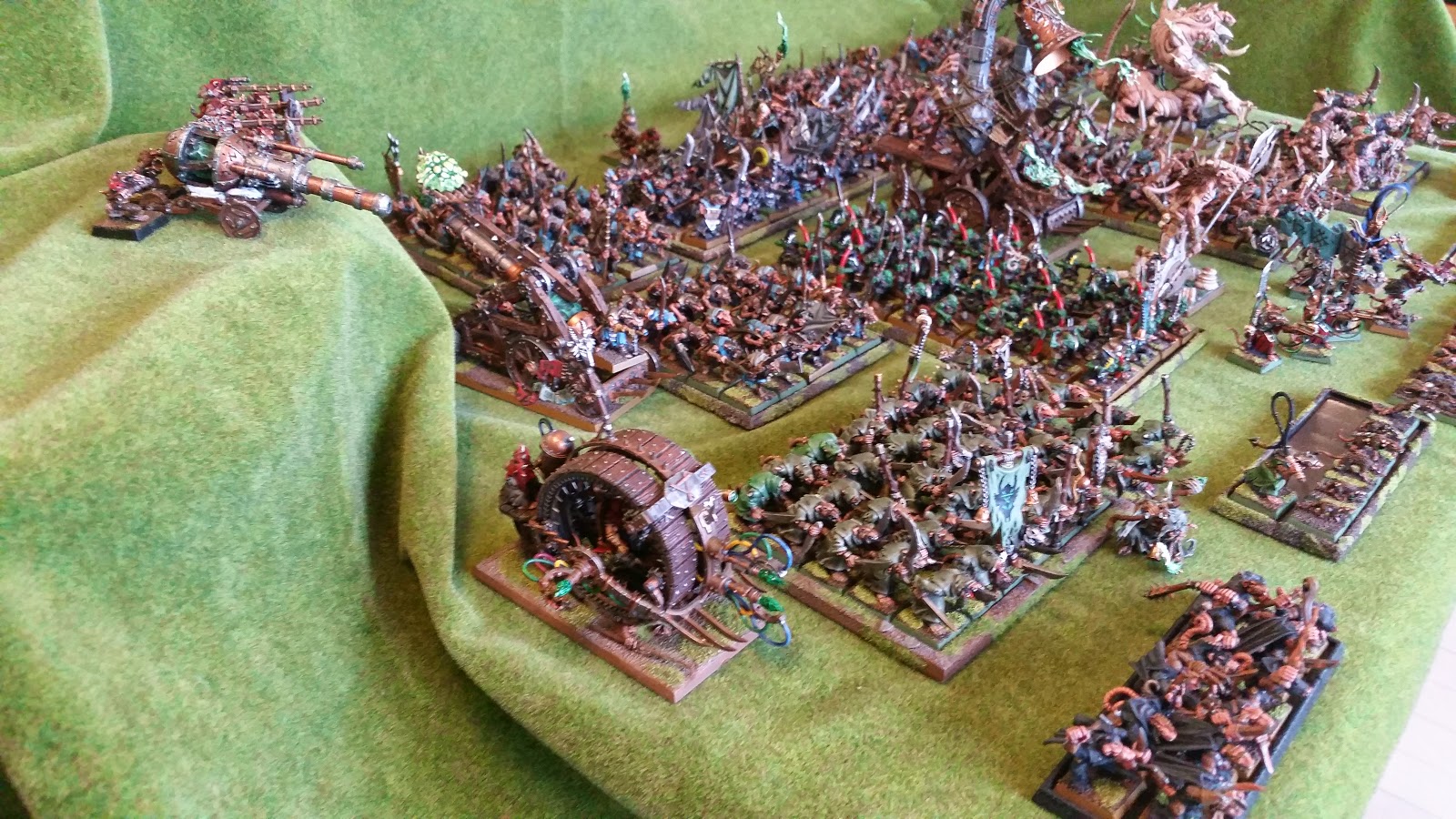 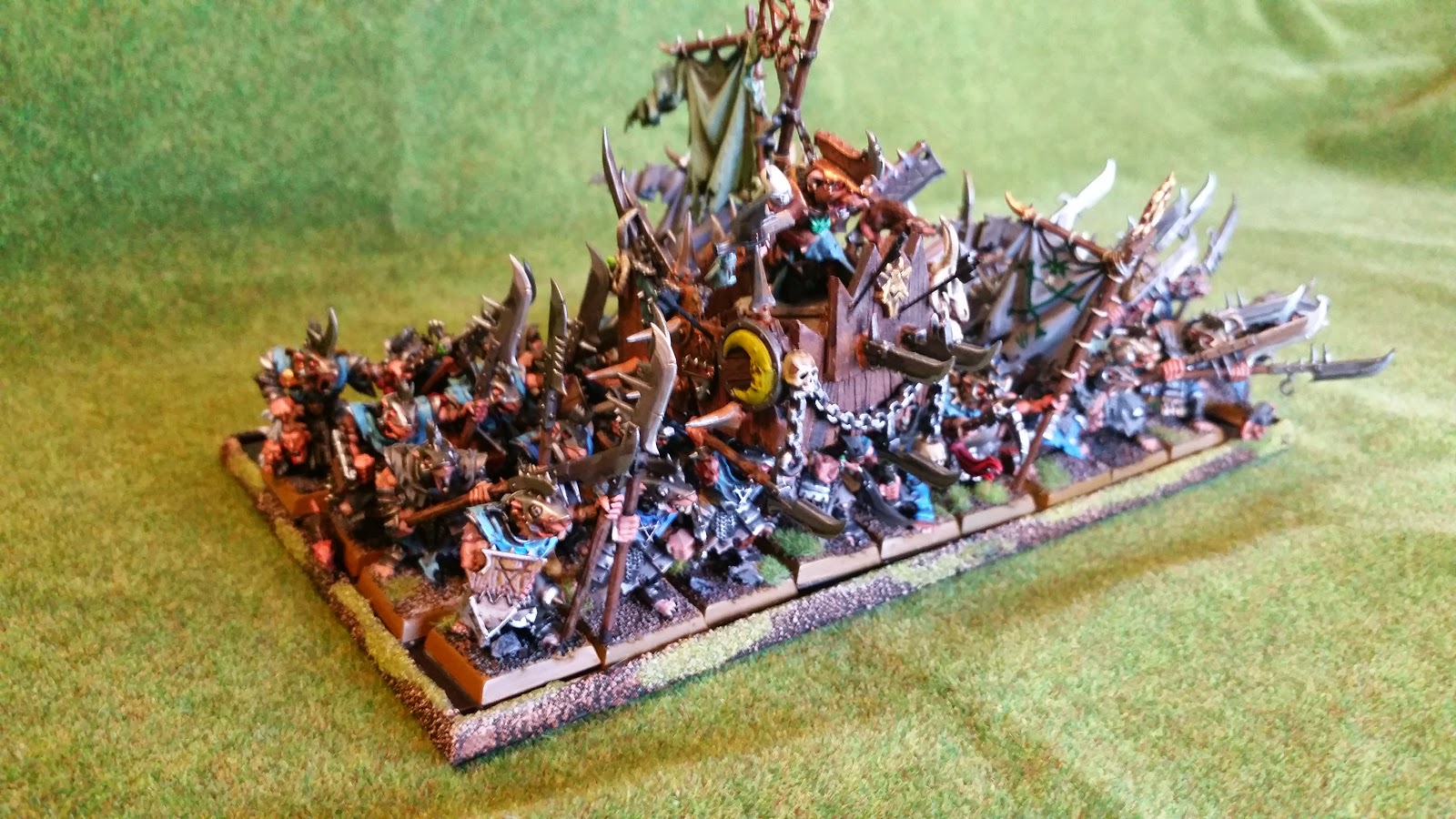 Magnet Madness!
I decided to magnetize more units, so went for Goblin Skaven Slaves, Stormvermin, and Clanrats Bunker Unit (110 models). I used "dime store" sticky magnetic sheet for a total cost of around 4 US dollars.
I also marked all my movement trays so I know which units go on them securely (I aligned the magnets on the troops before sticking them to the unit bases so they would give a good magnetic grip): 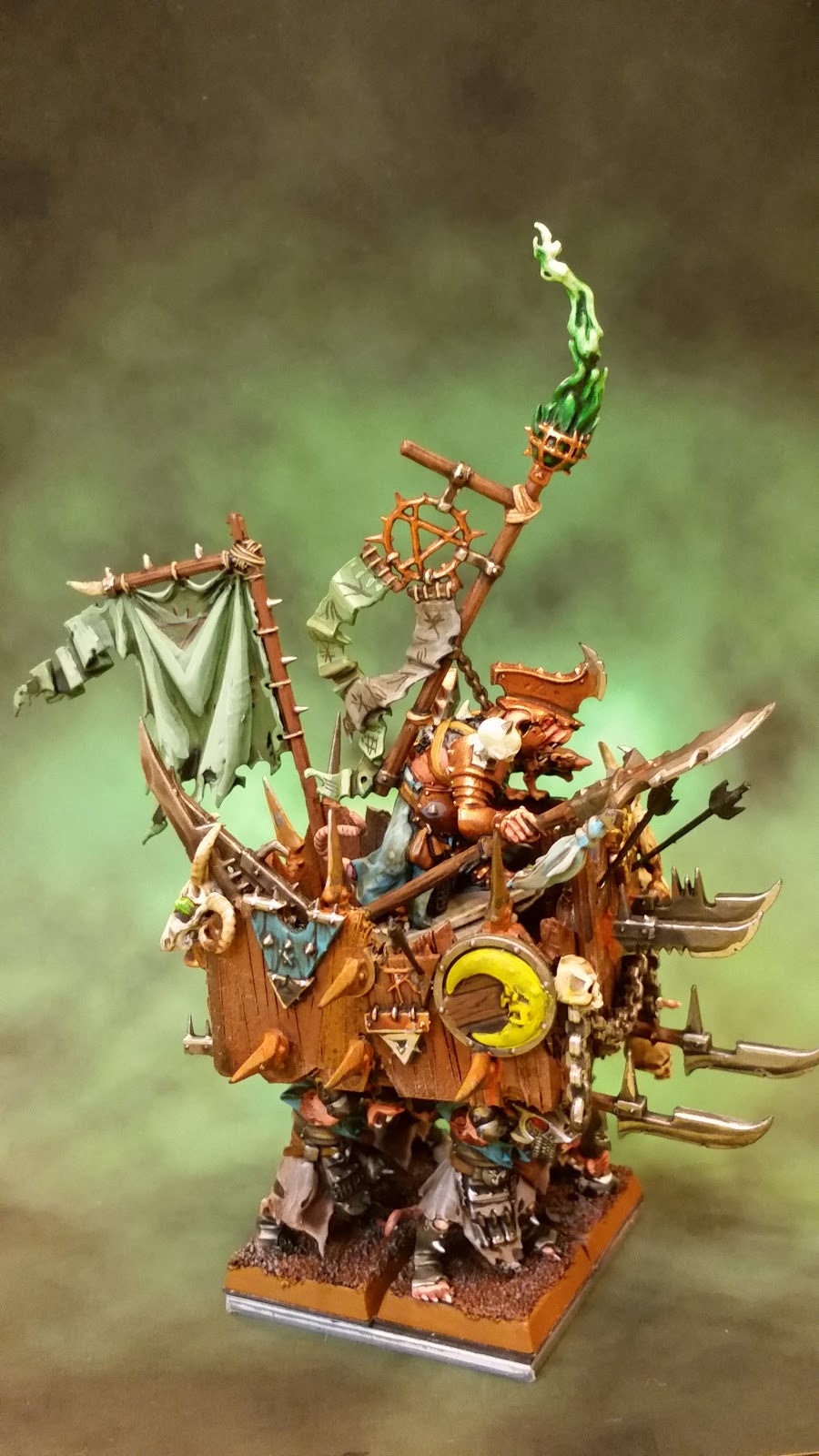 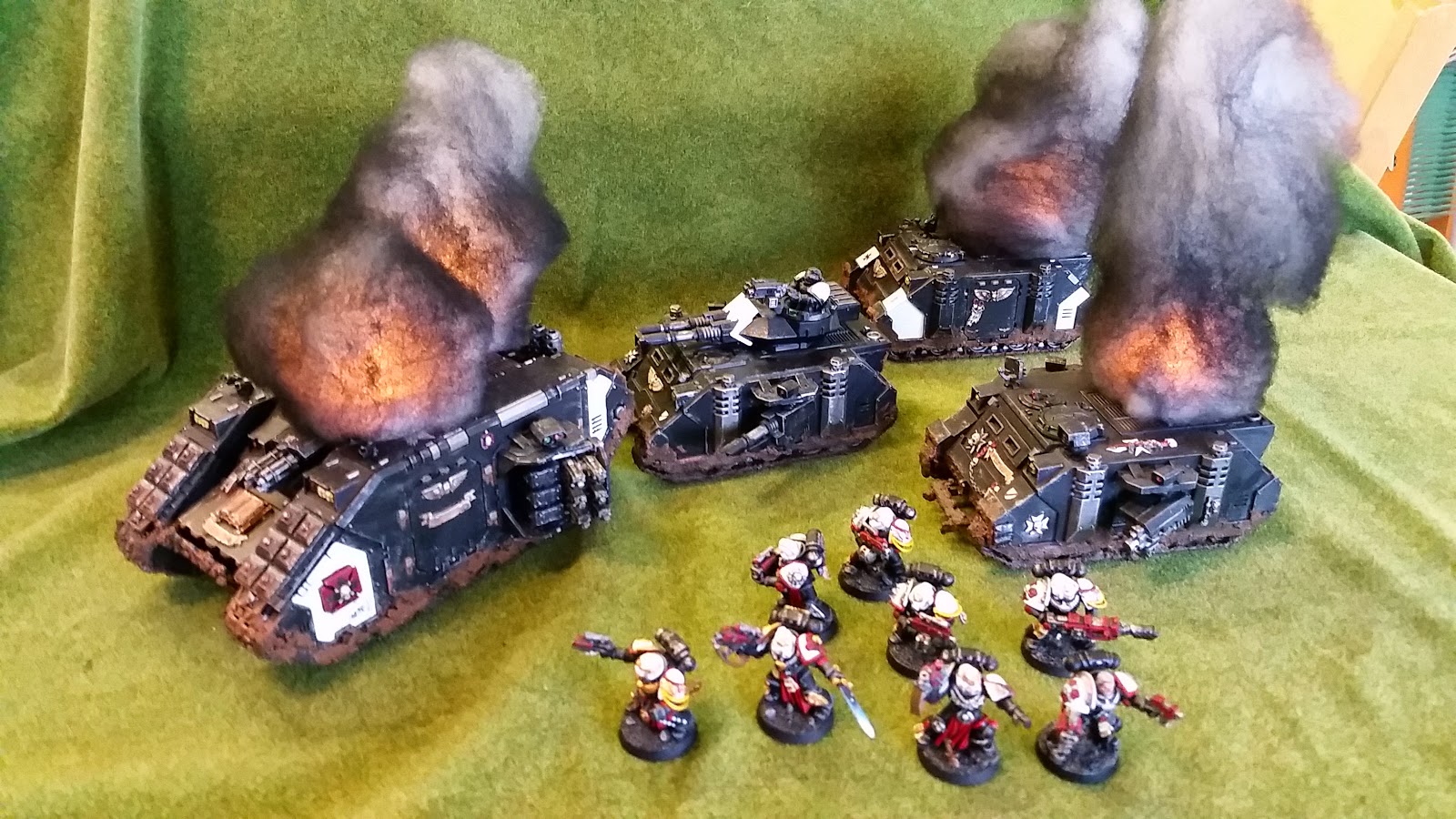 See "How to Make Tealight Explosions and Smoke" for more details. 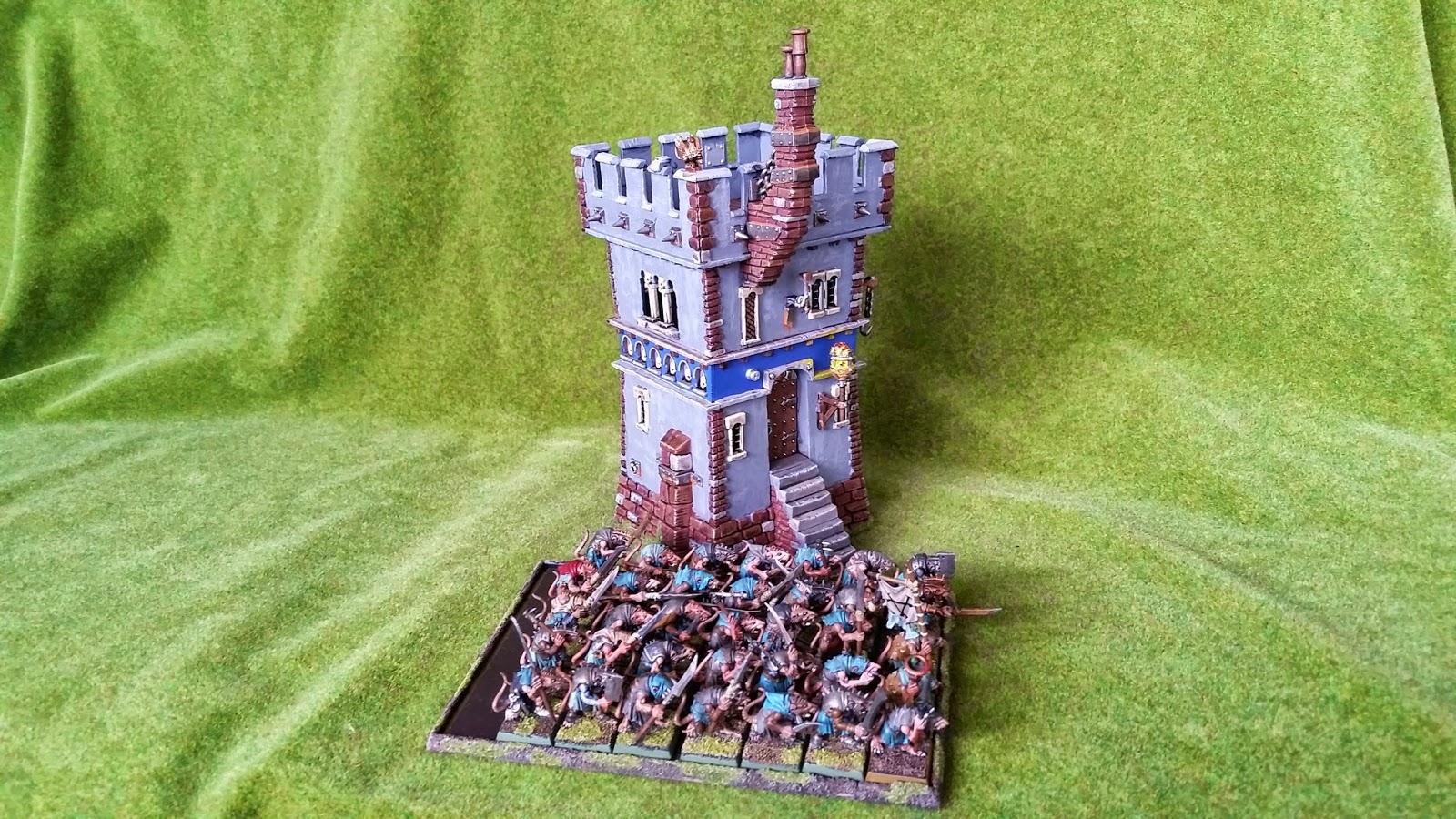 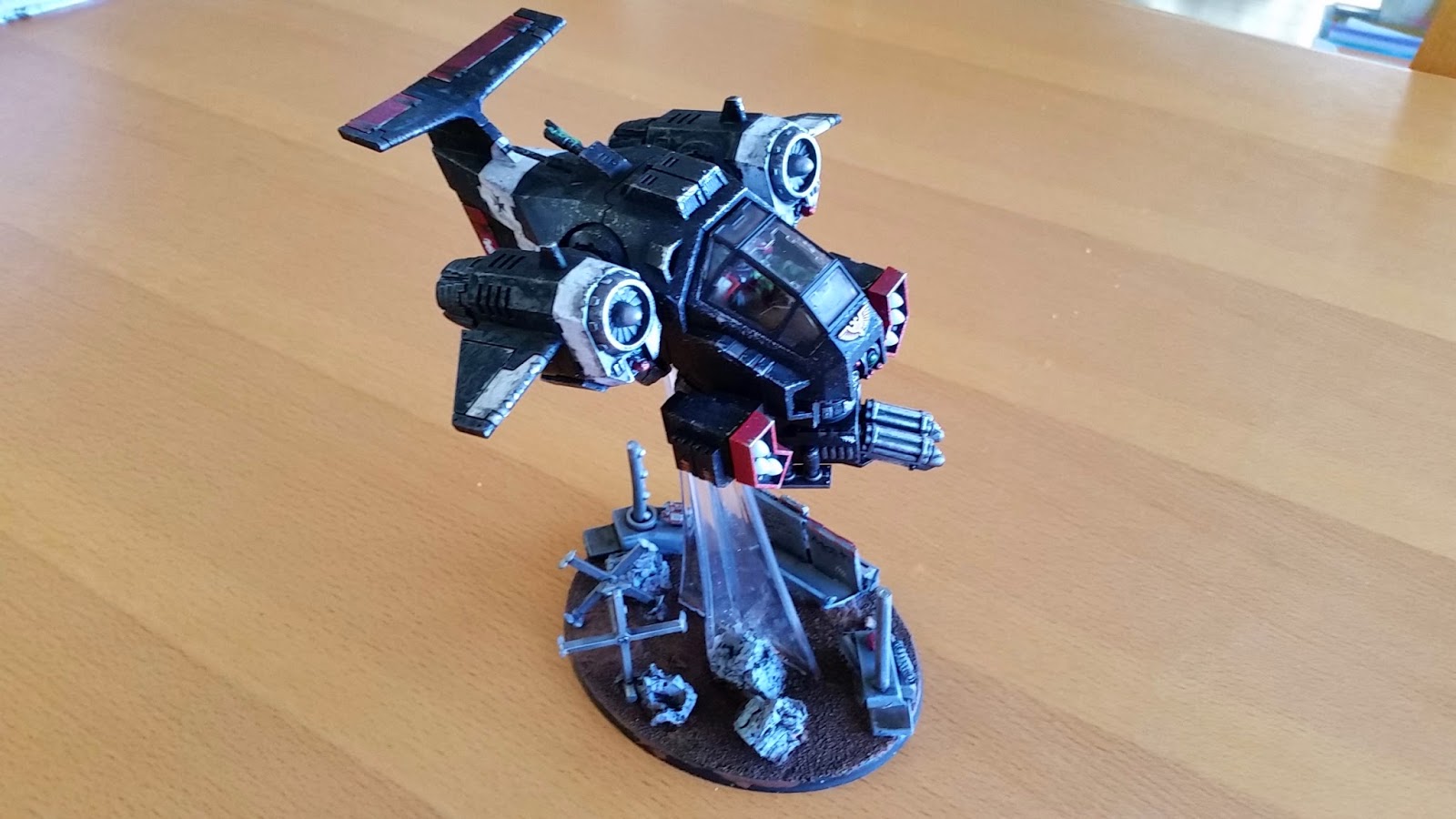 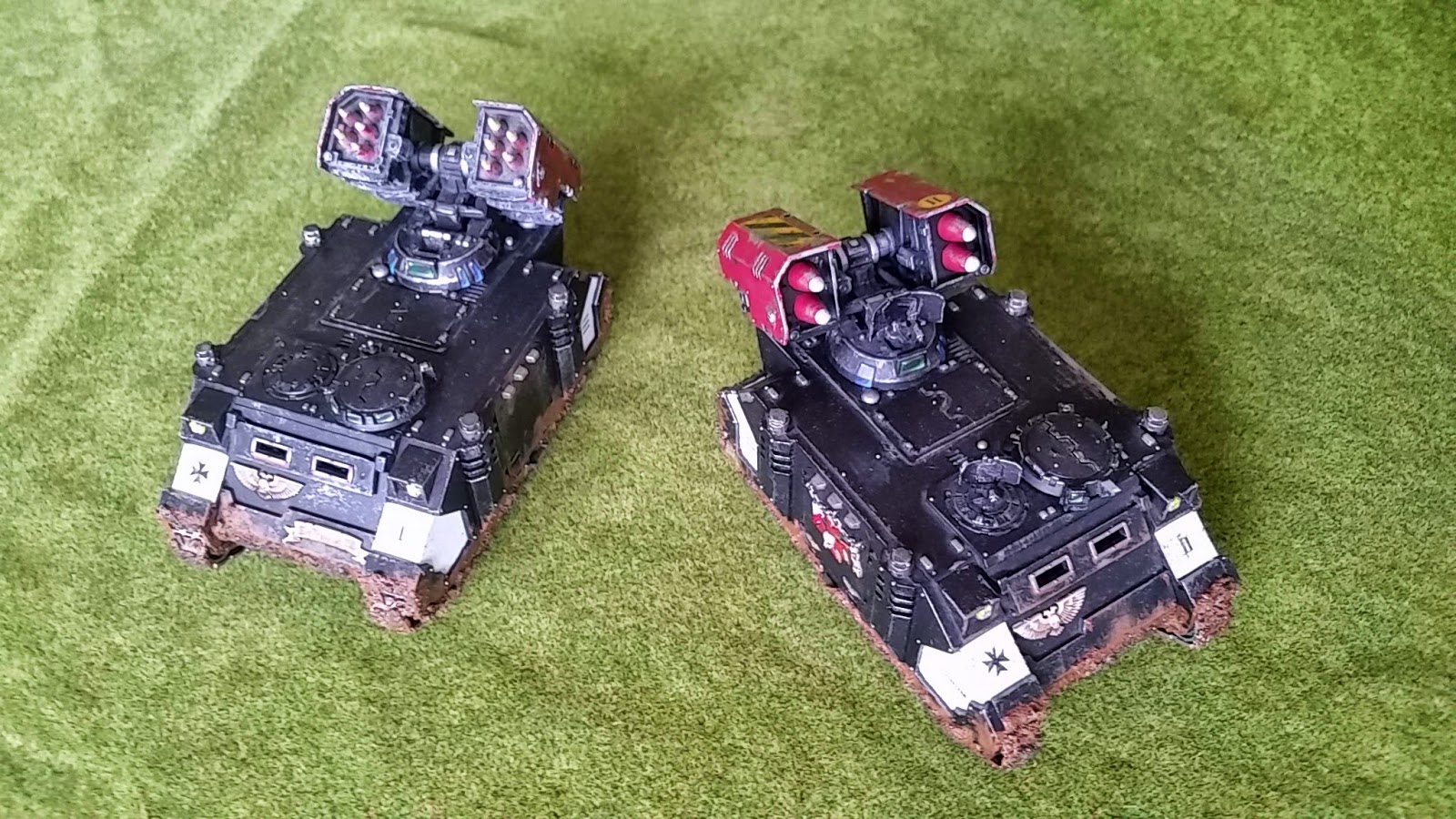 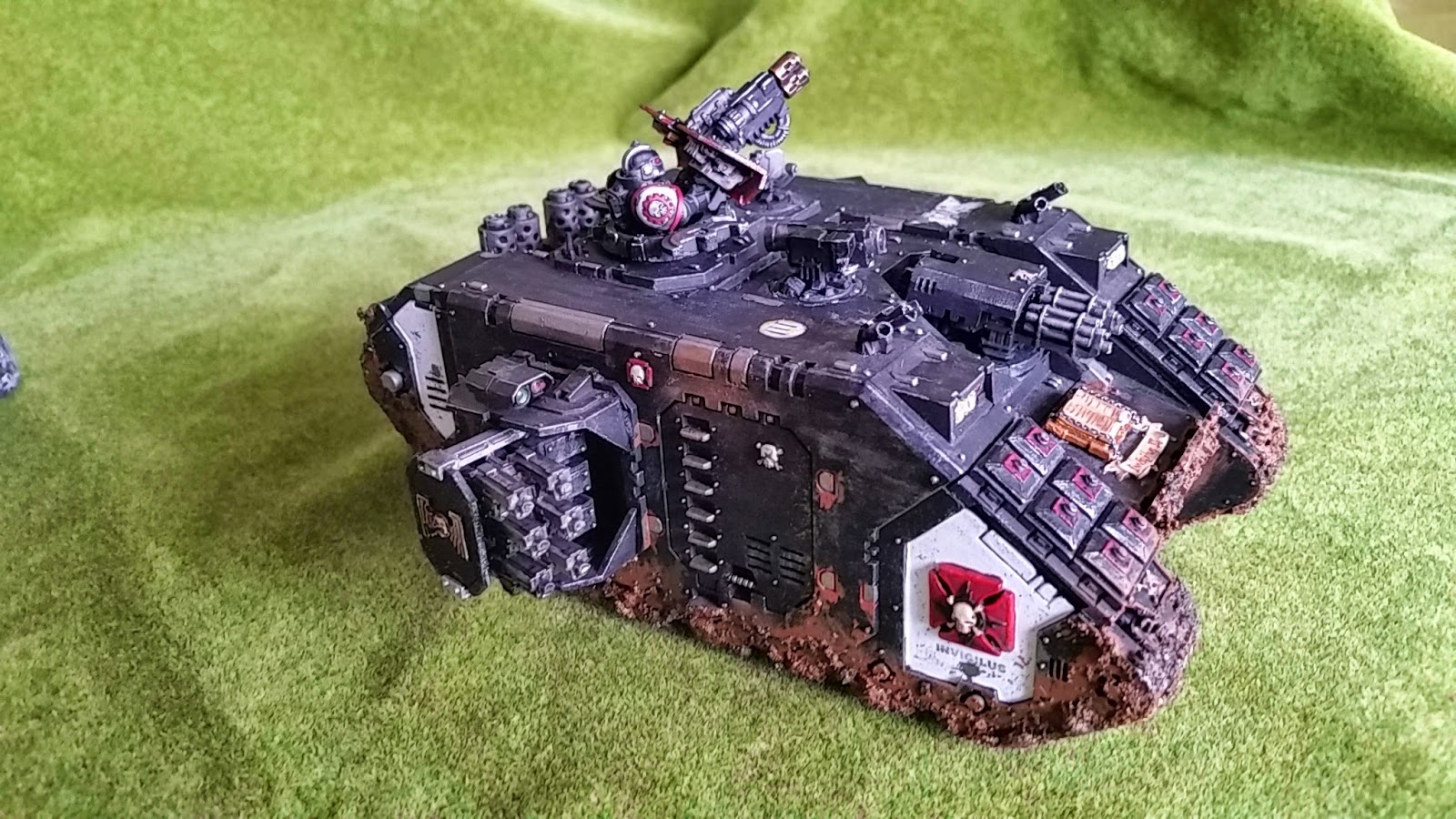 Although I still haven't got an actual game in, I keep coming back to Dust Tactics models, slowly putting them in order.

Dust Tactics Allied Reinforcements:
"The Boss" and his command unit... 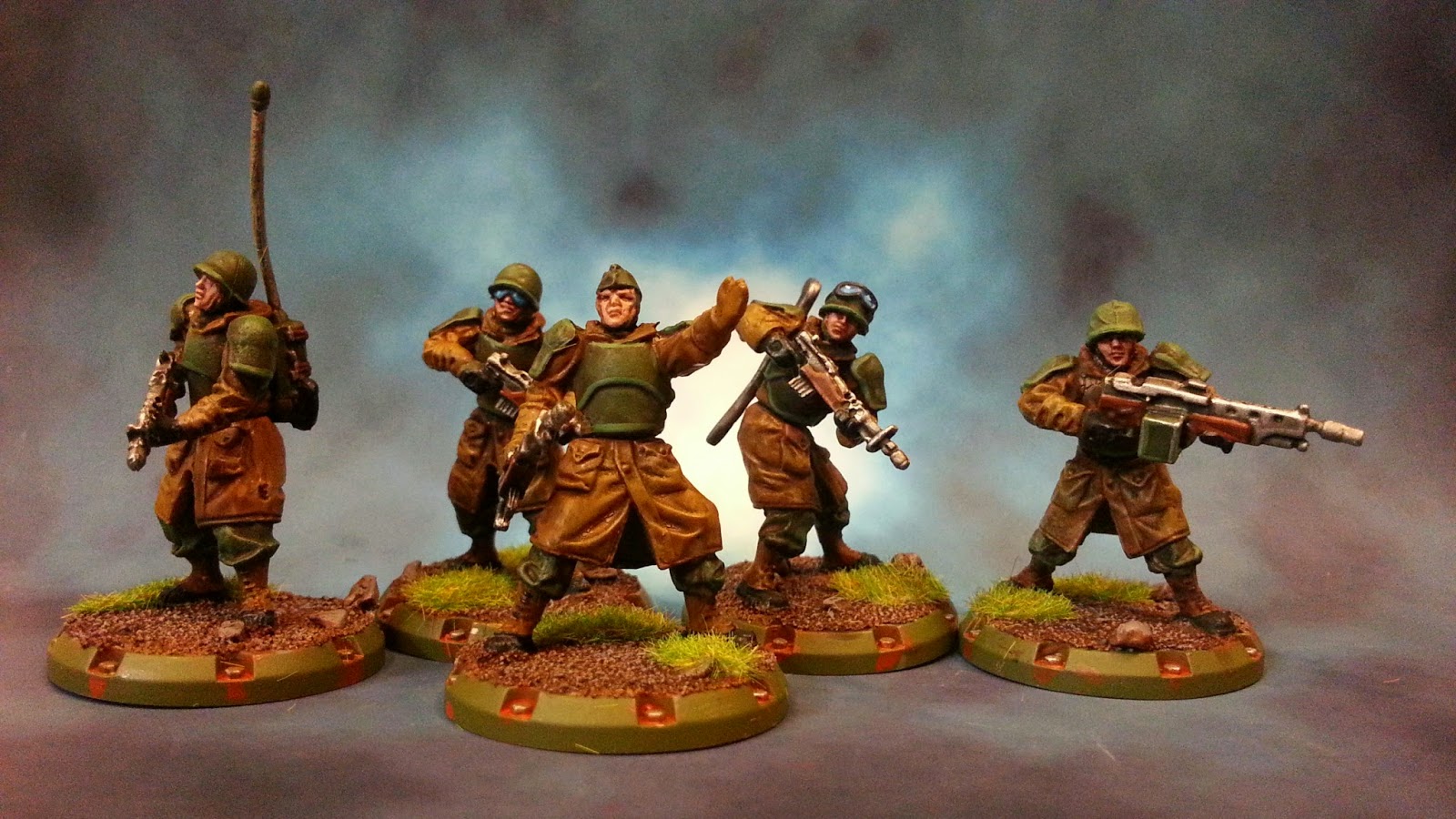 The Axis infantry made it off the shelf and onto the painting table.
Dust Tactics Axis Units - The Axis are coming!: 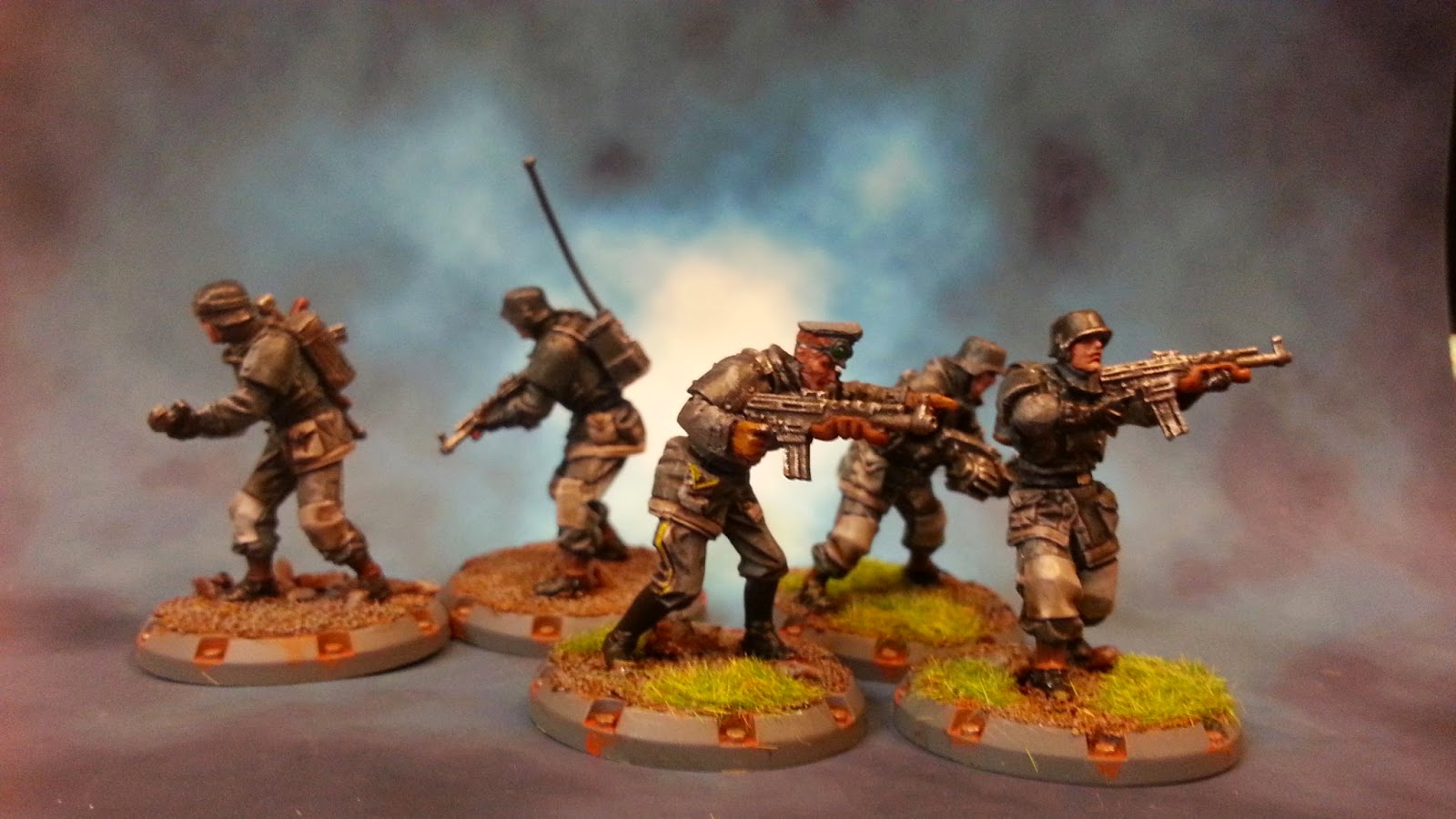 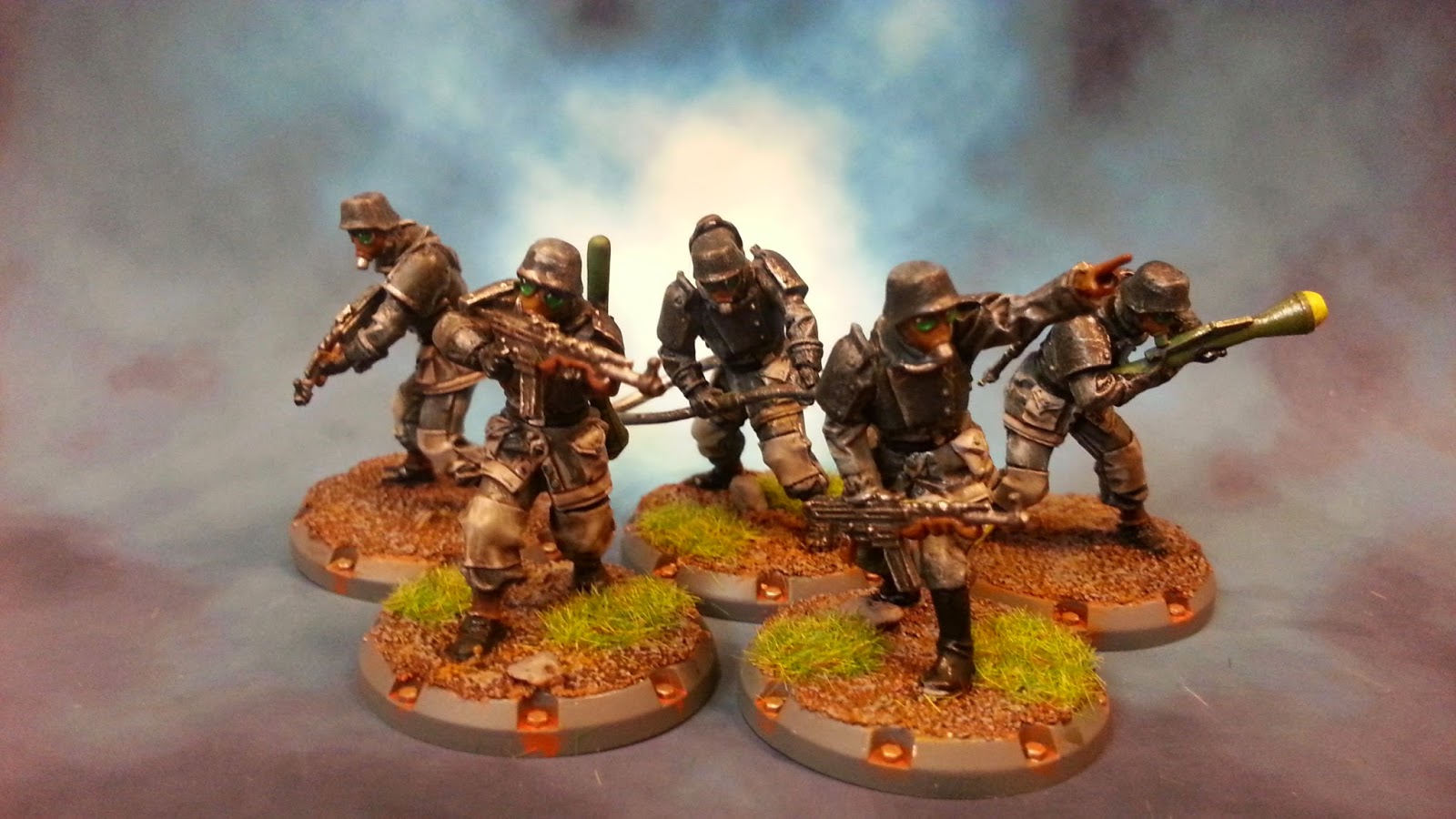 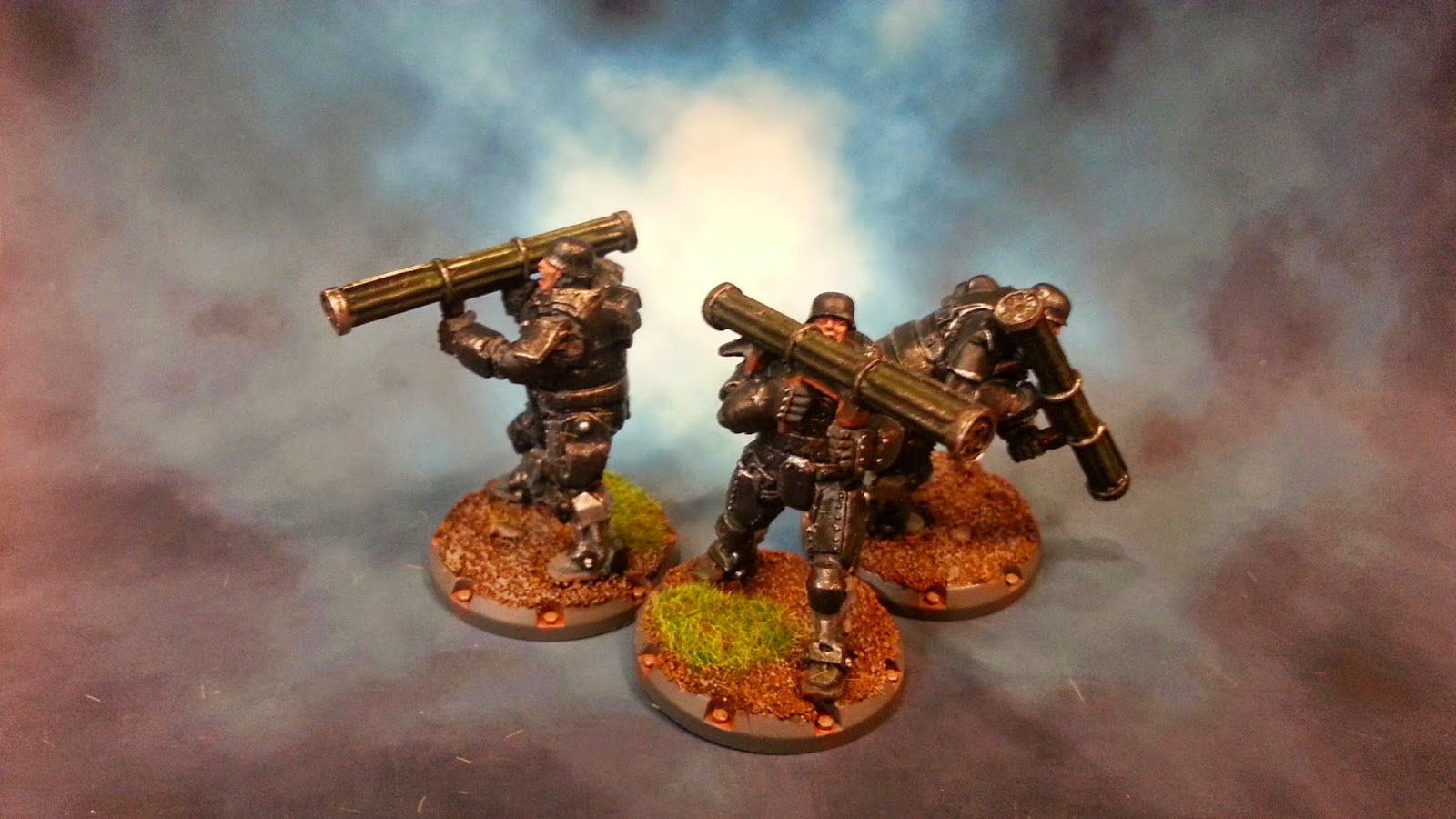 Black Templars Sternguard.
I loved painting these guys. Not only did I really like the models, but assembling them was fun (as well as challenging, as I was using scavenged parts) and I think they came out as my best Black Templars to date. Photo extravaganza here. 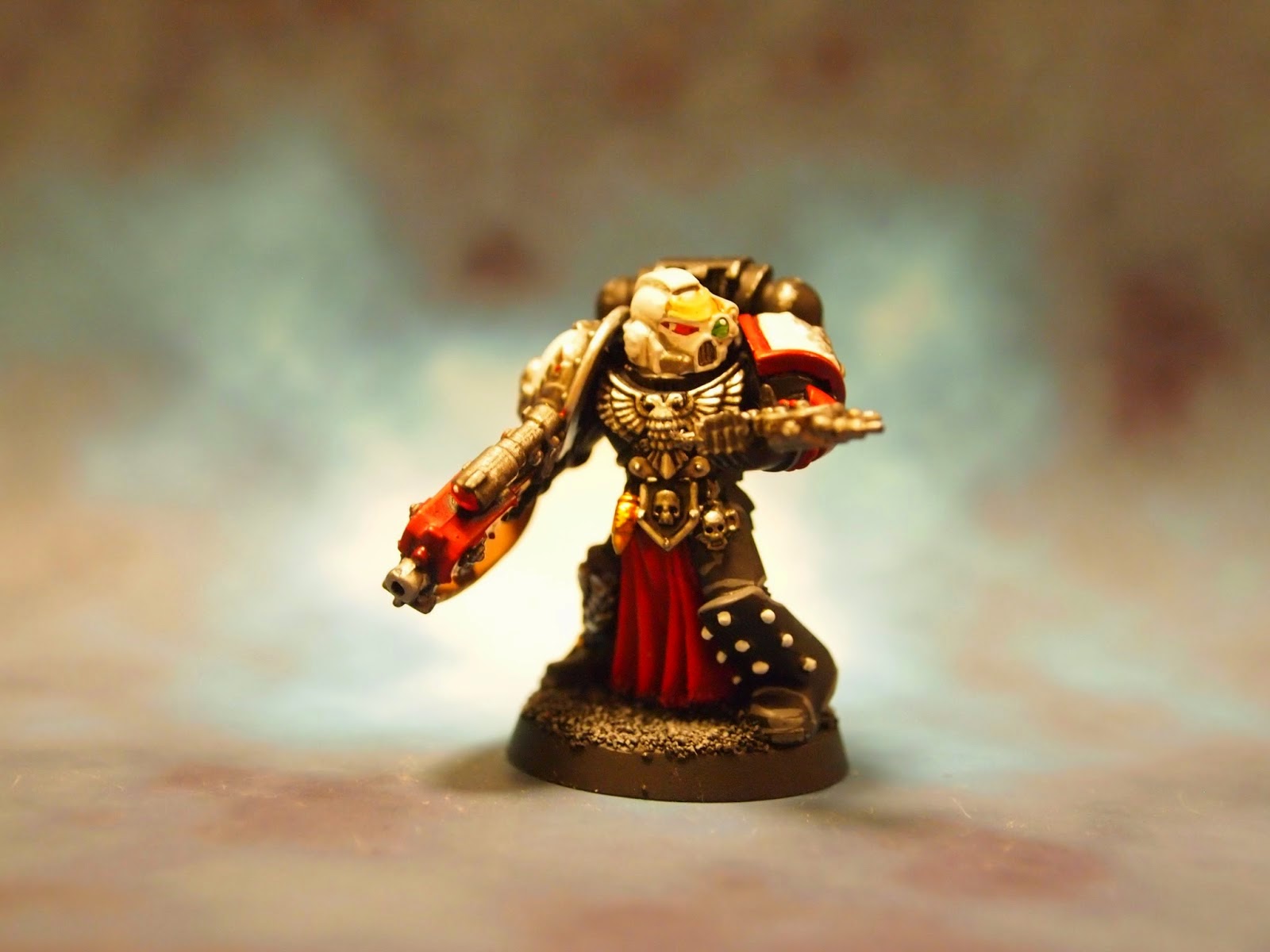 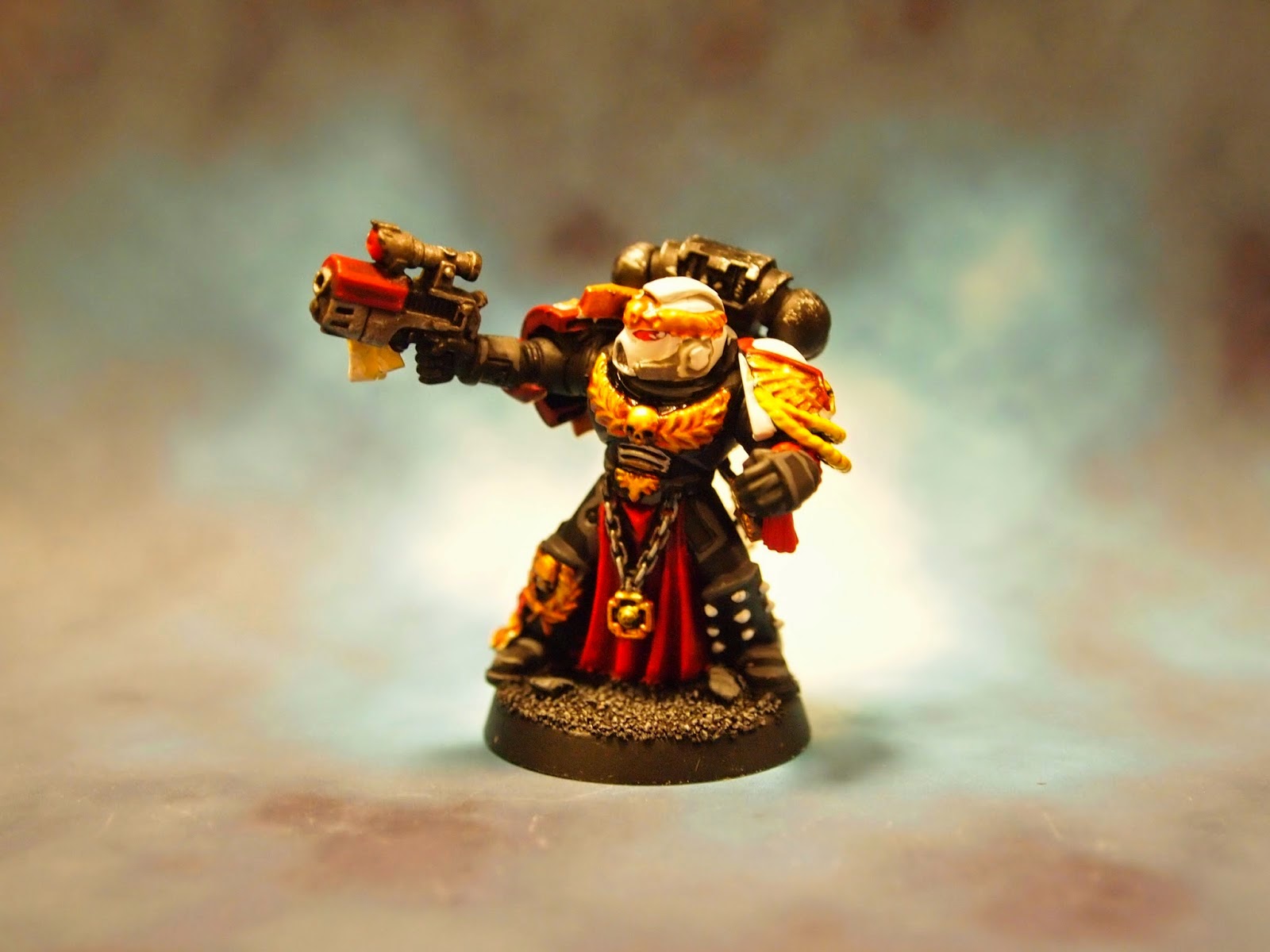 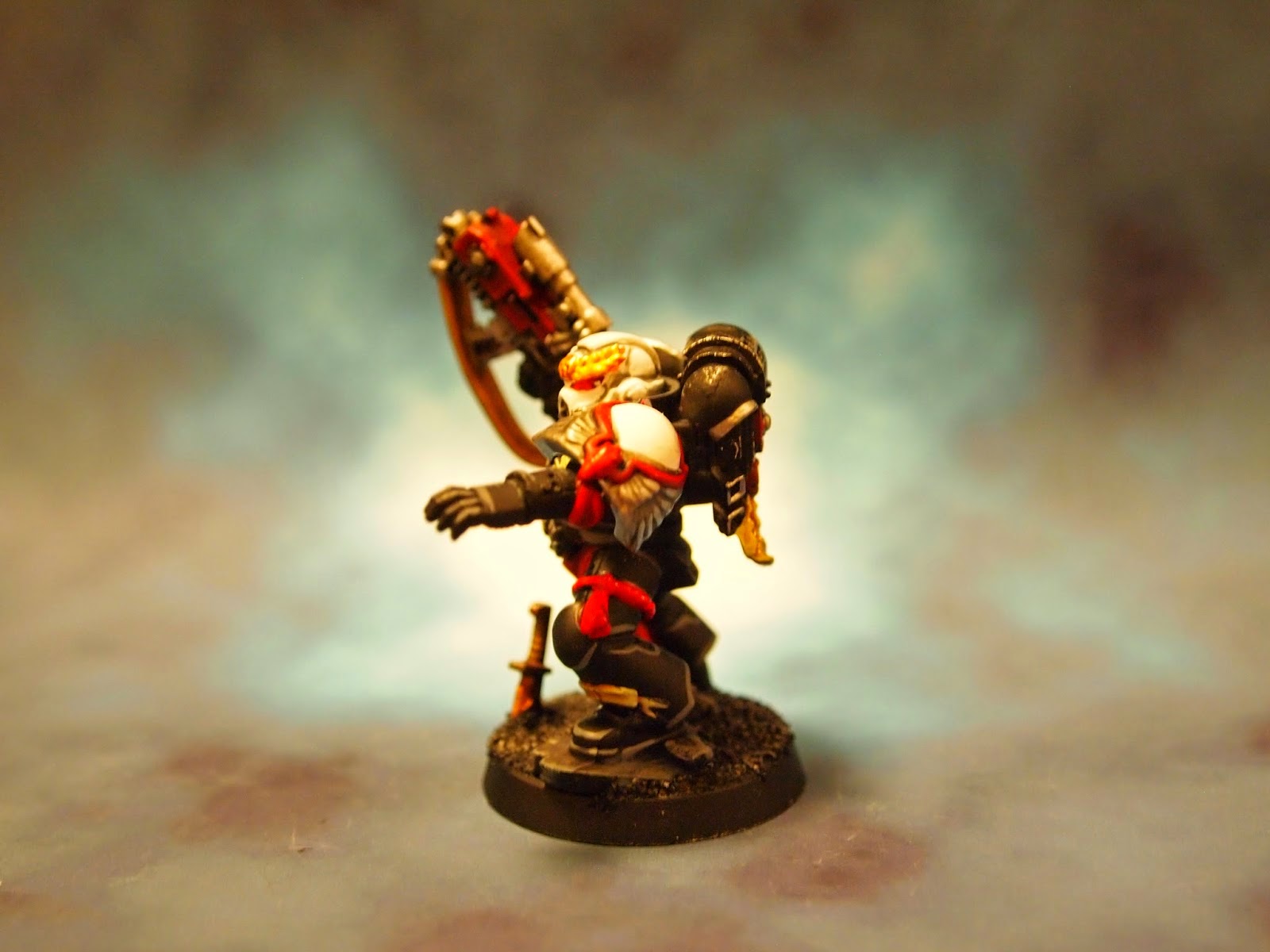 Excited by a haul of Black Templars, I slowly went to work on individual models, rather than whole units. I find this much more interesting than working on whole units of Space Marines, which can feel like a bit of a slog. Individual models tend to have more flavor and detail (both real and imagined)

Black Templars Dreadnought - Brother Luthor, a Drop-pod and a Chaplain. 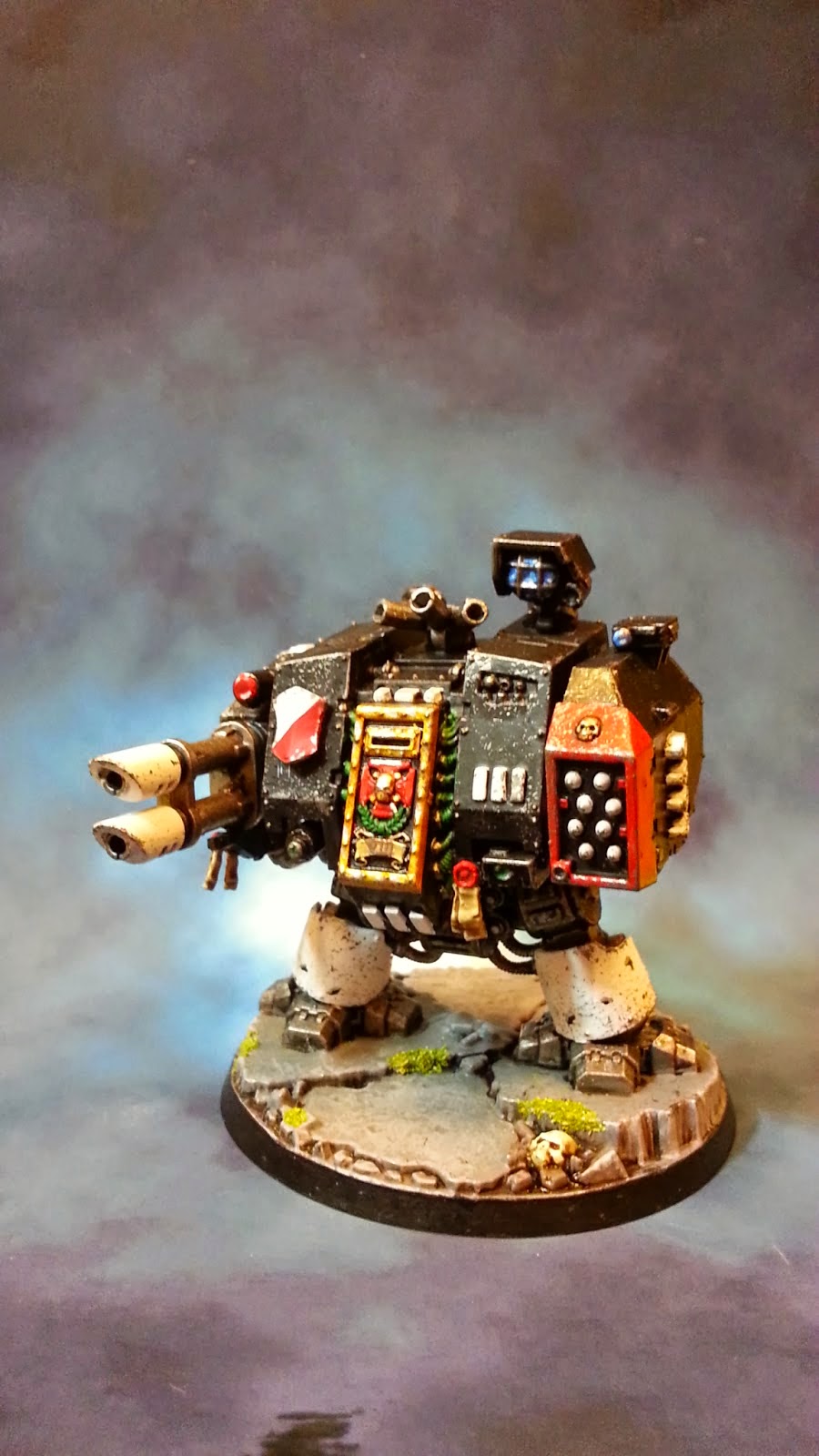 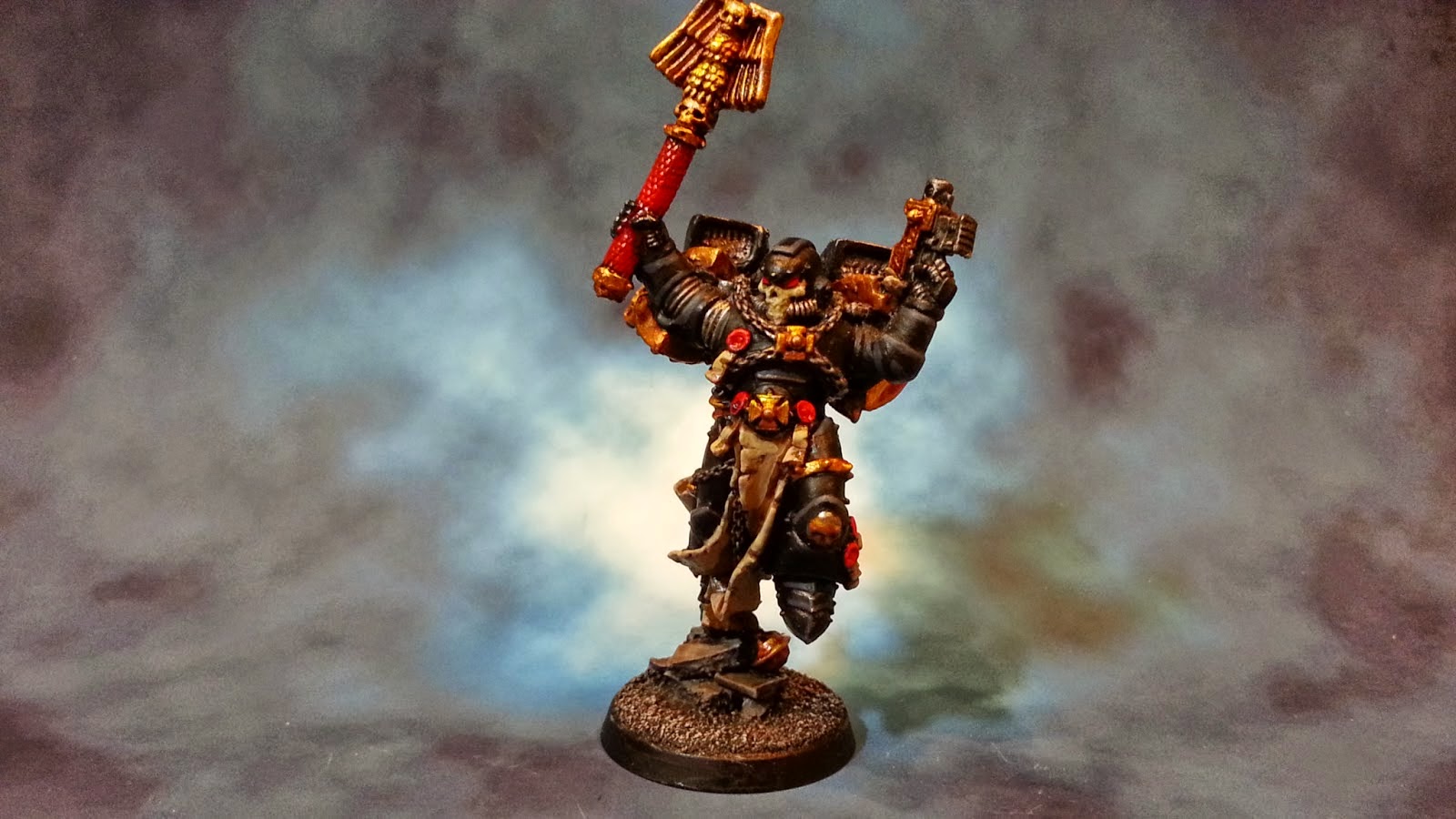 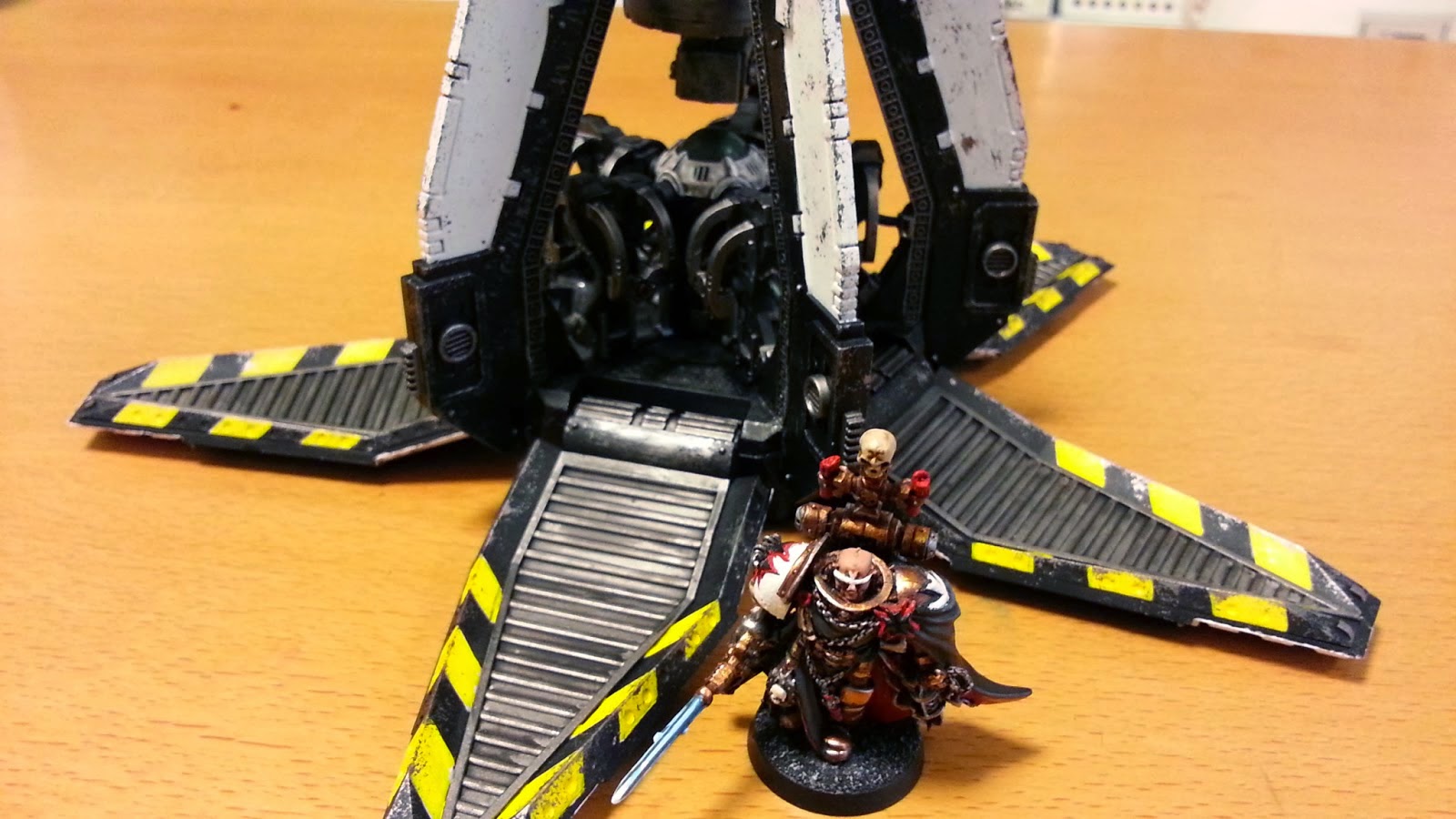 The outlook for 2015?
-Painting High Elves (I have some models that could be painted to expand my current High Elf army)
- Expanding Squeek's Skaven Horde (Plague Censer Bearers, Globadiers and more core just to name a few that still need to be painted.)
- Playing more Warhammer (Skaven and High Elves)
- Playing some 40K. Will I ever get to use the Black Templars on the battlefield.
- Getting in some games of Dust Warfare.
- Expanding on my X-Wing starter set and getting some games in.

Wishing everyone a healthy and happy 2015!