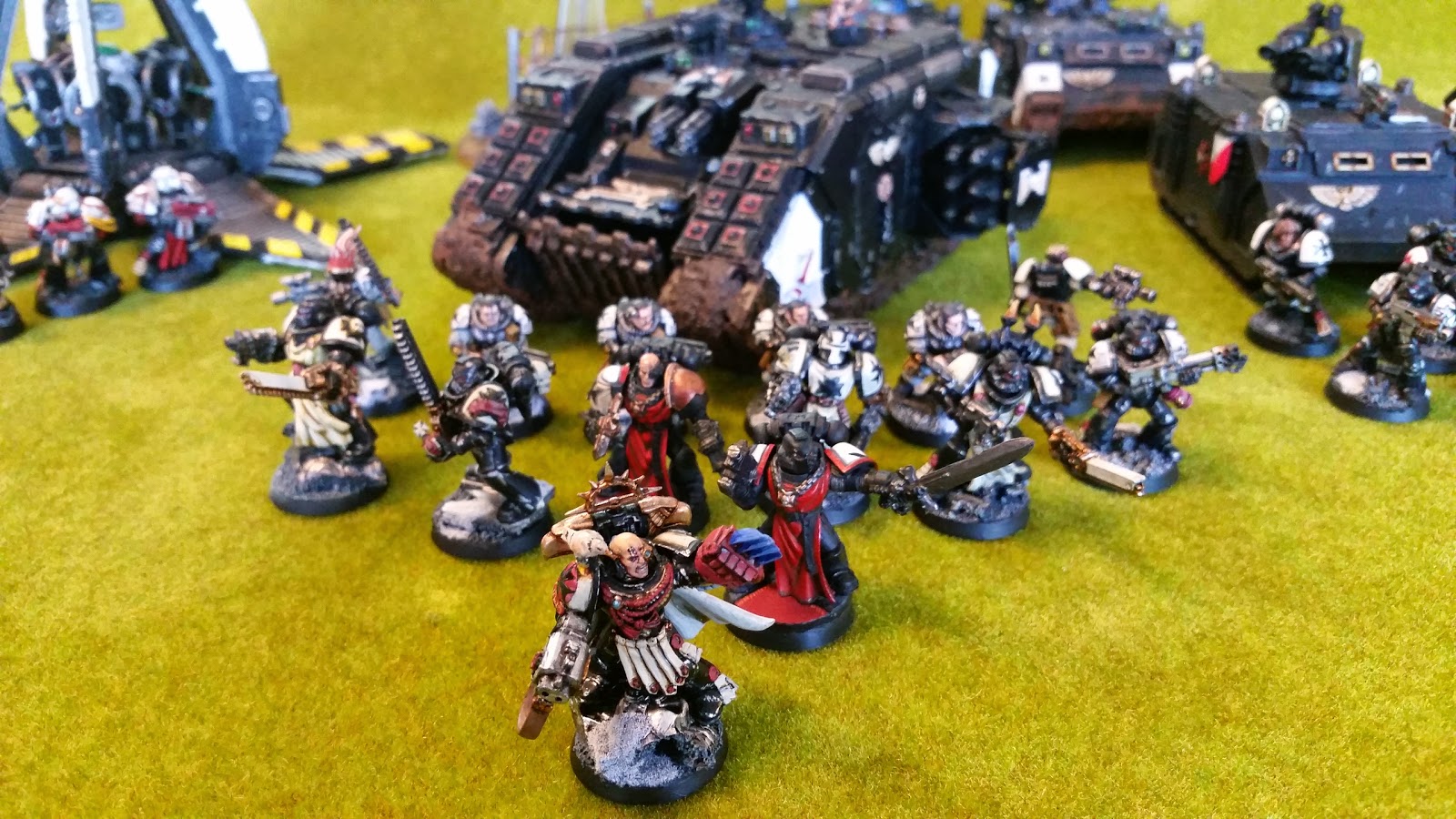 This was a 1,500 point battle against Tyranids, with a few "firsts" for me:

1. My first game in the new edition of 40K.
-Psychic shenanigans (at least if you are a Tyranid!)

3. First time for me to write up the battle report in Google Slides.
Frankly speaking, it took AGES because I decided to not just include photos, but also try to show movement and shooting via animating the slides (a little...it isn't going to win any awards!).
I haven't done a voice over, so it is just the slides (but you can click on a link in the presentation to open some background music if you want in a new window - there will be an ad and you might have to then switch back to the presentation.)

So, here you go. The presentation below should give you a sense of how things went (note that this was a friendly game, so I was using a fair number of "counts as" models.)

It was a close battle, but I came out on top. Things might have been different if my opponent had made a few different choices (there were a few abilities that he forgot to use for example, as he is as new as I am to this edition.) Also, a shout out to the guys over at the Bolter and Chainsword for helping me to get up and running with a list that made good use of the models that I have.

I must say, it felt great to use my Black Templars in anger - and a big change to be able to rush into assault (not really an option with my Tau).