Three Things to remember in the Fog of War

Following "The Battle of Big (Warp)stone" the other day (in which my verminous Skaven horde sque-eked out a victory) I thought it might be an idea to share the things that I forgot, so you don't have to!

1. Banners. Remember to USE them! 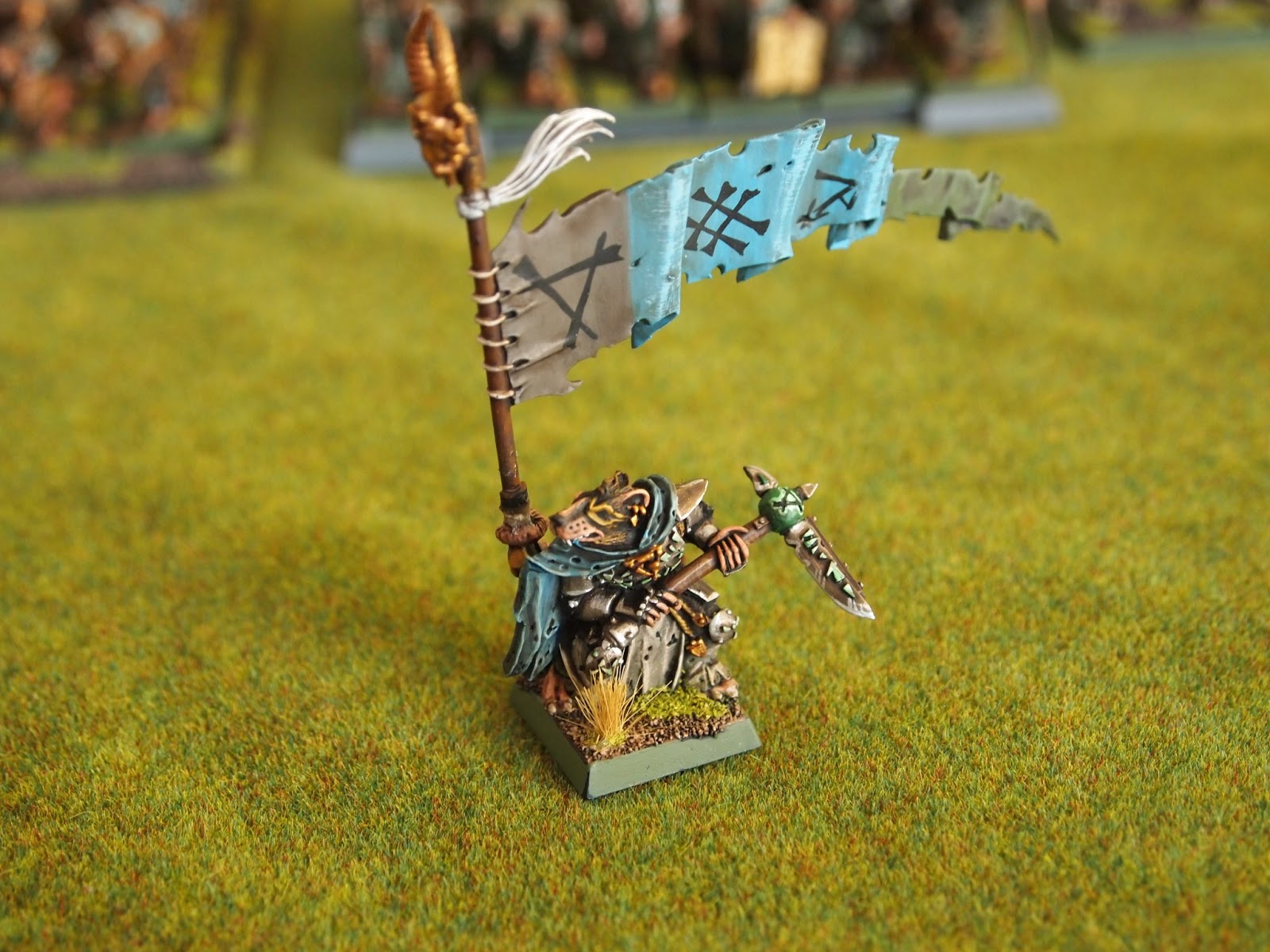 Now, this may sound totally laughable, but as a new player, when close combat is joined and you are throwing a lot of dice around (not to mention taking handfuls of your own dead out of a unit) it is all to easy to forget to use your banners when it comes to combat resolution.
In this case, in a pivotal close combat in center field, I forgot to use my Grand Banner of Clan Superiority.
Carried by my Chieftain, this banner would have added +D3 combat resolution per complete rank more than the enemy. VERY useful as a Skaven, because you are often likely to have at least a couple more ranks than the foe.
To add insult to injury, in the fun of charging my Plague furnace into a unit of Empire Knights, I forgot to use my Plague Banner.
This beauty would have allowed my Plague Monks to reroll all failed To Hit an To Wound rolls that turn. Tasty! (Make it even more annoying that I would forget it.)
Two banners, 60 points. Wasted!

2. Remember to Protect your Characters from Enemy Scouts.

I thought I would place one of my lone Warplock Engineers out of a unit, but nearby my Grey Seer, ready for a bit of Skitterleaping.
OOops!
I didn't count on the Empire Huntsmen being placed on my flank, ready to pick off the engineer with bow fire...
Perhaps it is safer to just start with all Heroes safely embedded in a nice big unit? After all, they can always detach from the unit later (or be Skitterleapt directly out of the unit!)
As a Skaven, you love your scouts because they sneak around, harassing lone characters and war-machines (Gutter Runners with poison slingshots anyone)...
...but remember, your opponent loves his Scouts too, and for the same reasons.
Yes, there is the "Look out sir" rule, but I wouldn't rely on this too much if I was you.

3. Remember, think like a Cowardly Rat Lord at all times.

When playing your first game, it is easy to be "trapped in the moment", by which I mean, the current turn or phase. There is a lot going on, and most of it is exciting, making it easy to forget stuff.
However, it seems to me that thinking ahead is a real necessity (and opportunity) for Skaven, again because of one of our easy-to-cast, but flexible and powerful spells. You guessed it...
...Skitterleap.
If you know that a unit with a Hero is going to be charged, how about Skitterleaping that vulnerable Grey Seer or Engineer out of the front row to a safe place?
Once combat is joined, unless the enemy engages you in a challenge (which you can refuse using the Verminous Valour rule, handily placing you in the back of the unit), your hero/ lord is going to get trapped in the combat at the front of the unit. Unless you have a tooled-up combat character, it is likely that the enemy will concentrate on your hero, and they will likely die pretty quickly.
Now all you veterans out there are of course saying "how could you possibly let your bunker unit and Grey Seer get into combat in the first place?"

Good question, but it can happen right?

Are there any rules that you always forget in the heat of battle?

p.s. Here is my current painting project, a tower/ stronghold from GW. Buildings always take longer than I think. I have put most of the base coats down now, so next up I will have some fun with washes. 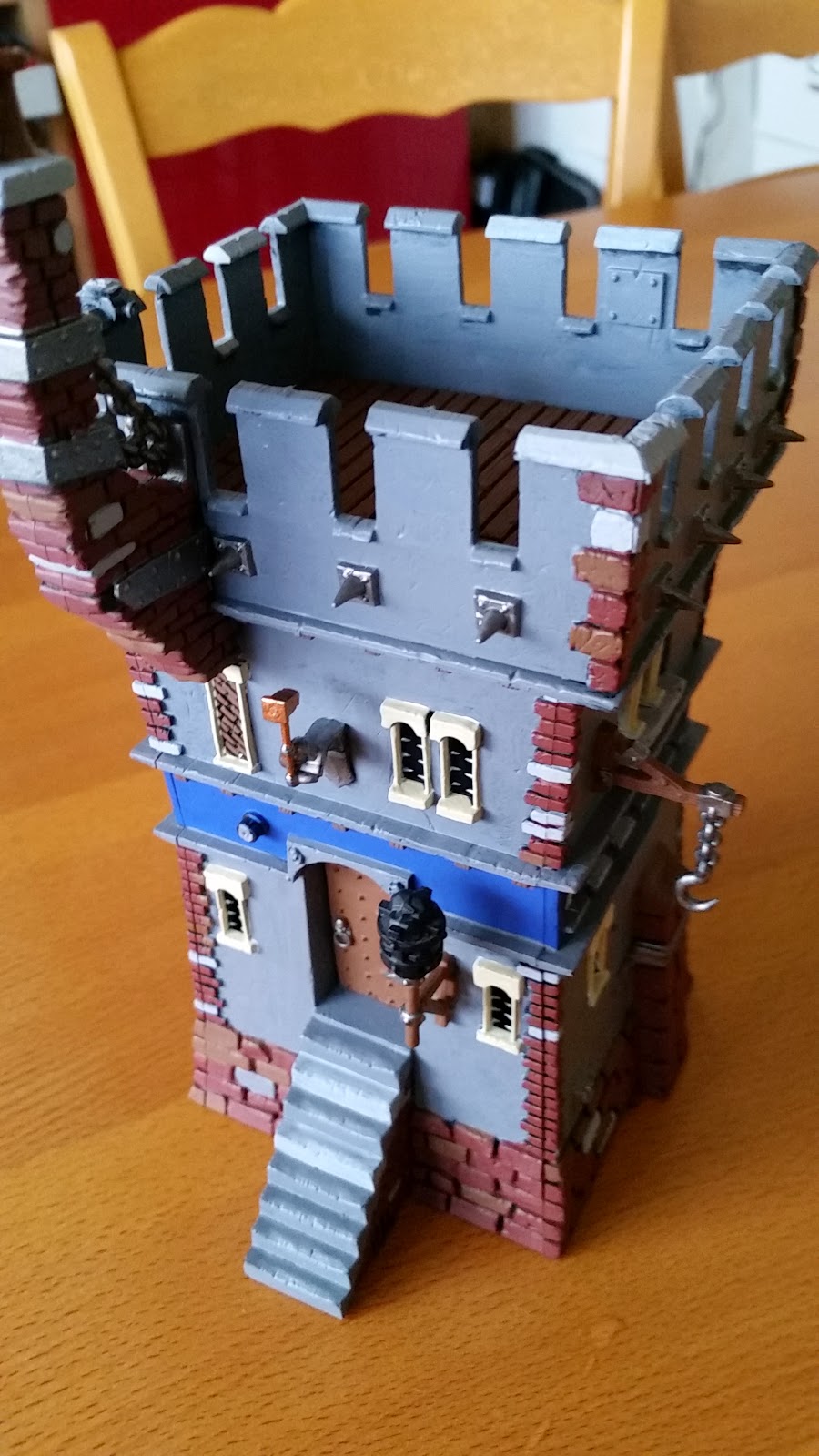 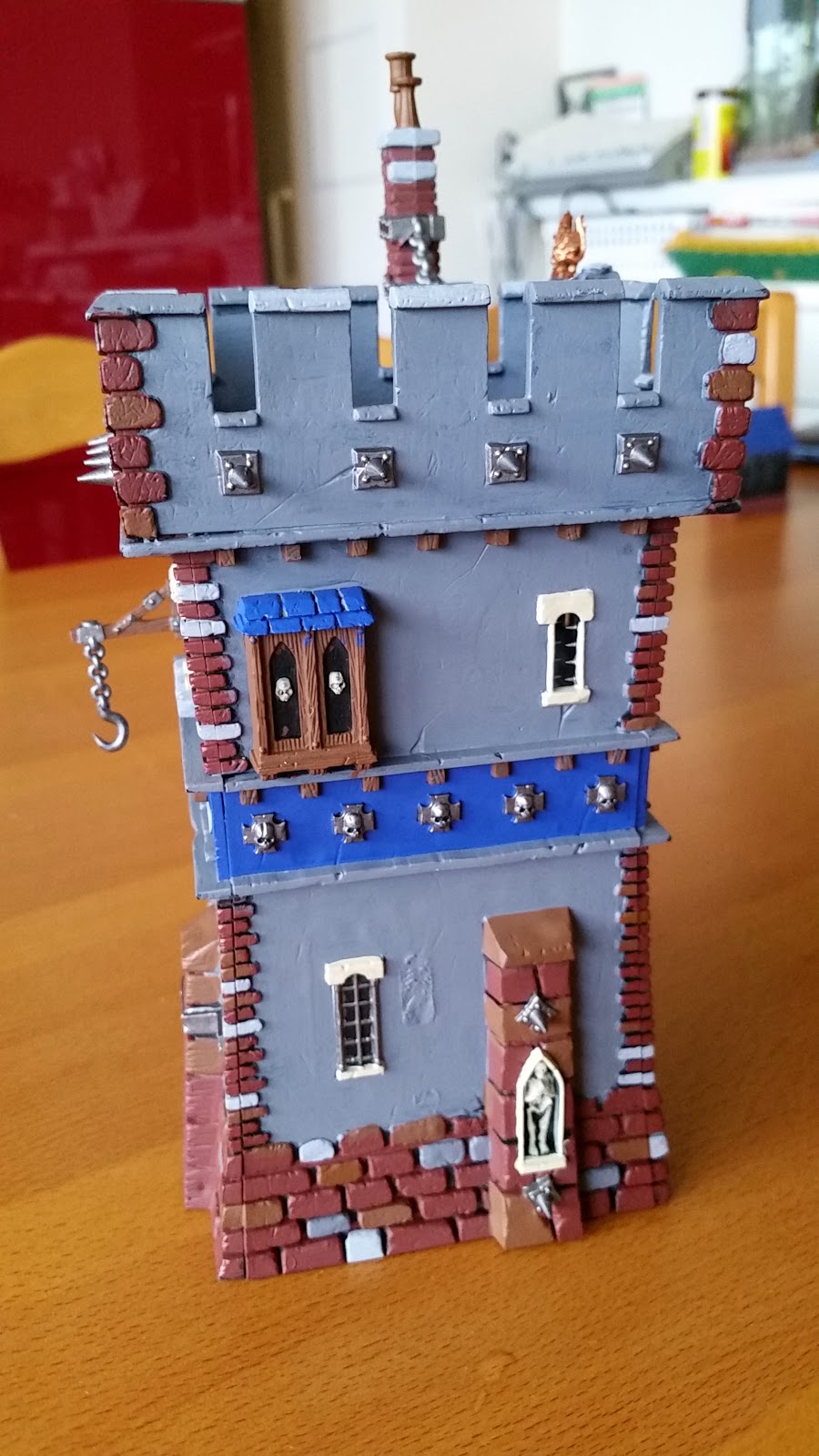 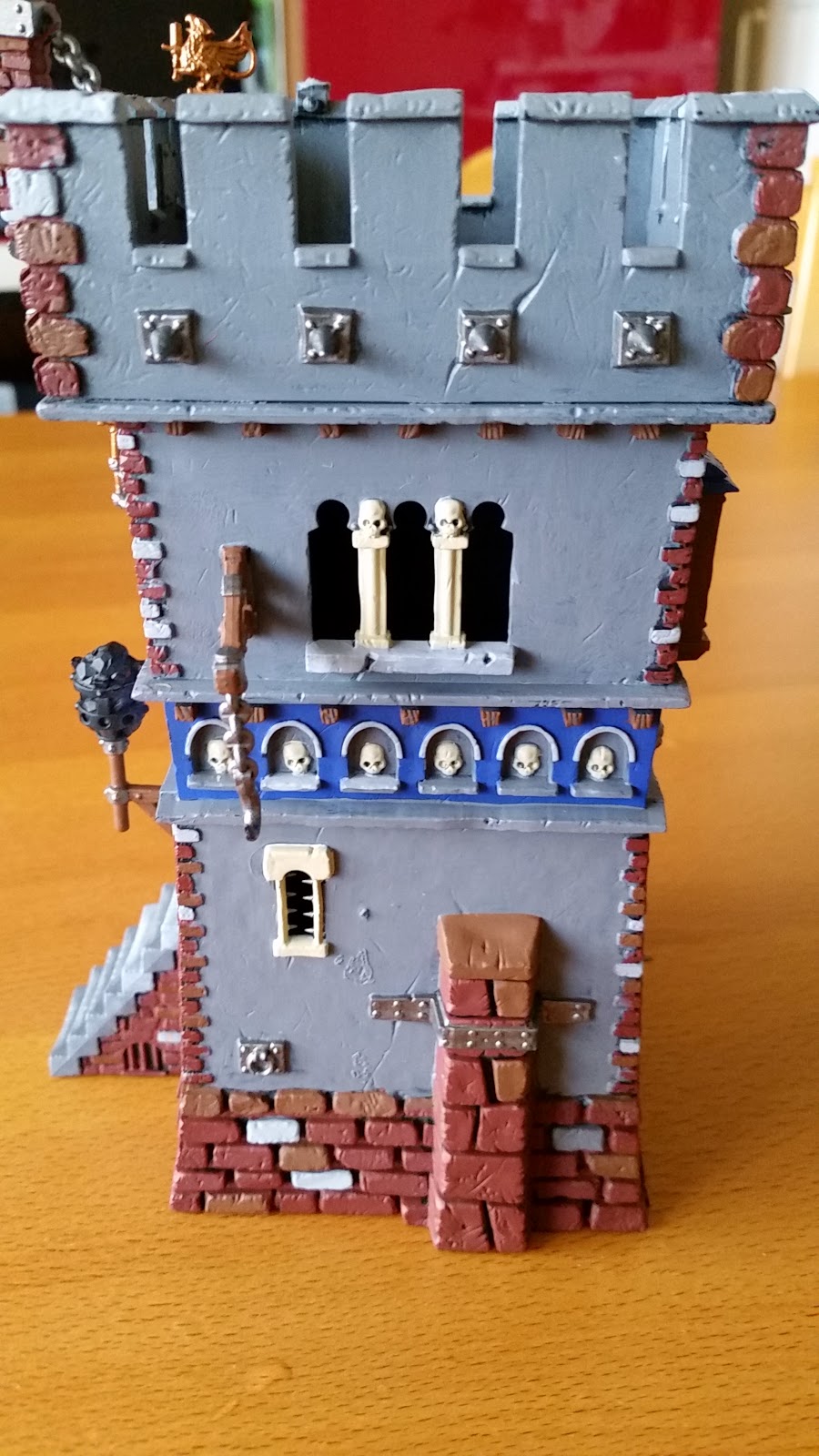