Sooo, Warhammer Online. I haven't played for a while and now it really shows, as I didn't even know until today that there had been a new patch in October of November last year and that the Skaven are now integrated into Realm V. Realm warfare.

You can also find a full list of the capabilities of each class here. Although I haven't played any of this content or these guys, I enjoyed reading through this as the abilities lined up somewhat with the content you would expect from the different Skaven classes:
- Warlock Engineer: Doom Rocket (which as well as knocking down the enemy, knocks the WE off his feet too!), Warp-Energy condenser, Death Globe, Warp-fire thrower, etc.
- Gutter Runner: Spy, Gutter Run stealth mode, Sabotage enemy war-machines etc.
- Rat Ogre: Frenzy, Savage Assault, Charge, Roar, Bash etc.
- Pack Master: Supports the Rat Ogre and Increases his effectiveness. "Thwap! Thwap!! Thwap!!!" attack, "Overconfidence", "Scurry Away" (for "when the going gets tough") and "Rats of War" (rats burst from the ground and attack the enemy. Each injury becomes a "Festering Wound")

As you can see, these would seem to try to capture the spirit of the Skaven very nicely, and include some of the dark humour that Skaven players should appreciate. To get a sense of the actual characters in motion, check out the player-made video below:
Now, it is important to note that the Skaven are not a "Playable Race" in the traditional sense of the word. What I mean is that don't you enter the game, choose to be a Skaven and then and level up from 1 all the way through to the highest levels in the game, adding equipment and abilities as you go (the basic gameplay mechanic of most MMORPGs). Instead, I understand that the expanded content for the Skaven is available at the highest level, and in RVR only (realm v. realm).

Despite some of the really cool ideas that sound like fun (see the vid below where the Rat Ogre's "Hurl" skill is put to - endless - good use) the introduction of the Skaven seems to have satisfied no-one:
From what I hear...
- They aren't a fully playable race.
- They are accessible as mercenaries to both sides, which includes the "Order" faction. (WHAT!!??)
- People playing Skaven routinely get owned by other players as you don't keep your own skills when you become a Skaven player. (Which seems logical to me but...)

Have you played the expansion? Taken charge of the Skaven? Played as one of the classes above? If so let me know in the comments below - I'd like to know more about how the experience was!
In the meantime, here are some pics of some characters you might find familiar, brought to (digital) life in Warhammer Online - The Verminous Horde. (Regardless of how the game plays, I think these look great!) 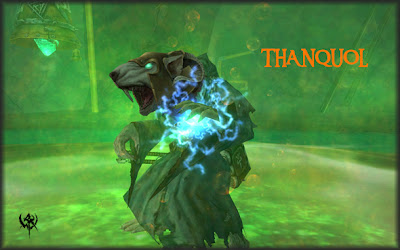 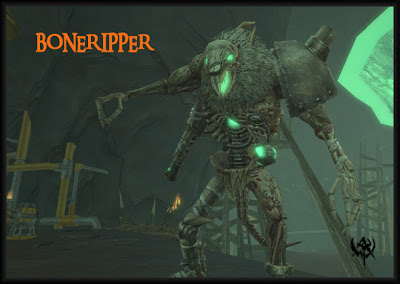 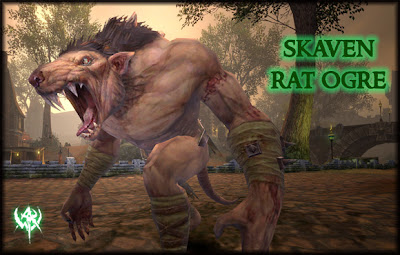 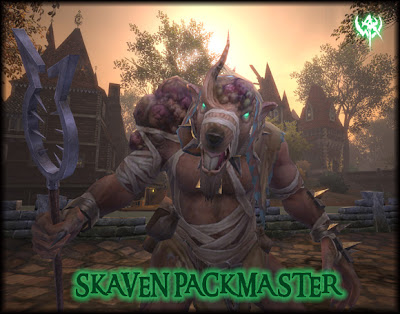 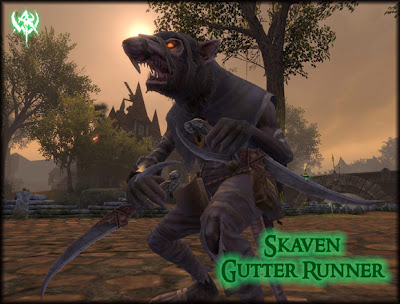 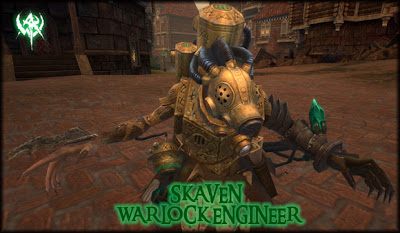