In part one of this three part series I posted the "starting" six characters which are unlocked as you start your Gloomhaven adventure. As a new mercenary, you can choose any of these to begin your career. Each player receives a "personal quest". Once that is achieved, your character retires and you unlock a new character and their mini in a box (you actually have more options than that, but that is the gist of it!).
In this part I look at six more characters, with some basic info on techniques. A key difference from the starting six was that I tried new techniques on the bases for four of them. This was to keep things fresh and interesting.
To keep things unspoiled for those who haven't unlocked them yet, I'll post their codenames below (used on different sites to keep their class names anonymous), and then under the spoiler banner will use their actual names.
Characters shown in this post:
WARNING: Below the spoiler line I'll use their real class names!

When I mention the paints I will say something like:
"(Part of Model) > basecoat colour name > wash name> highlight/ drybrush paint name"
However when actually painting I would do ALL the basecoats first, then ALL the washes, and finally ALL the highlights/ drybrushes etc. :-) 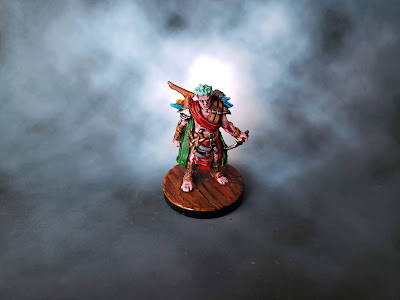 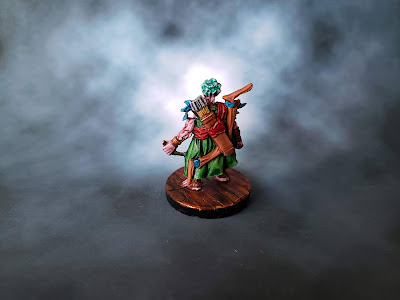 After a Wraithbone undercoat: 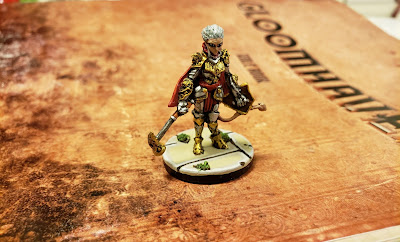 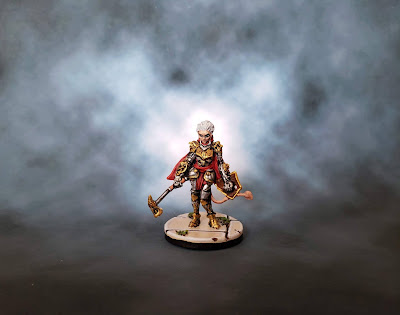 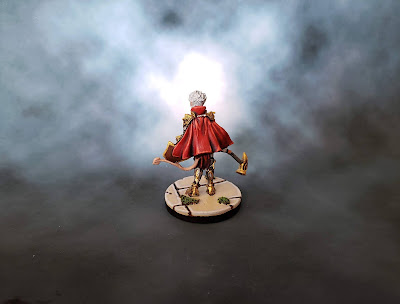 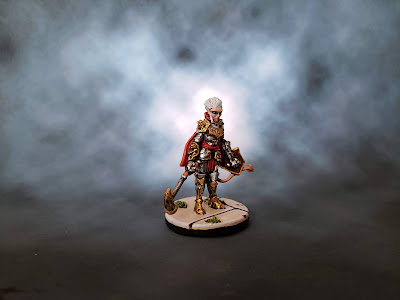 Gotta say, this is one of my favourite models. The base worked out well (IMHO), which was a relief as I tried to branch out a bit in style while matching the very light sand colour used on some of the map tiles in the game. Also the gold highlights on the armour added some bling!
After a Wraithbone undercoat: 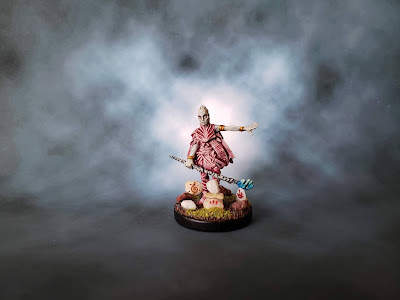 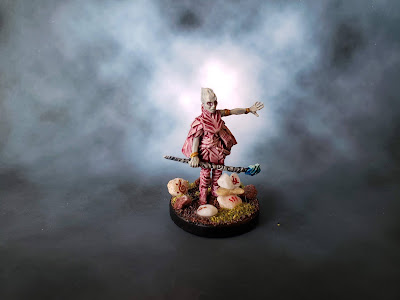 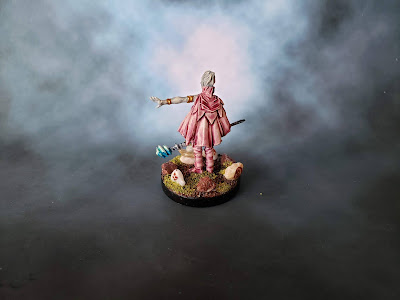 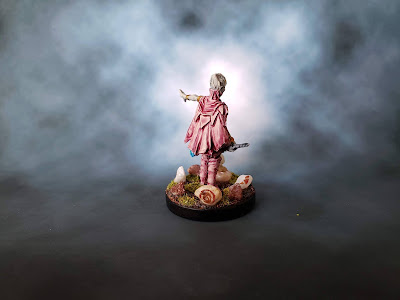 If you are OK with keeping things simple, the Summoner is definitely one of the easiest models to paint. This is lucky, as the game artwork shows the character to be almost translucent, or ghost-like. To keep the model interesting to the eye I decided to again do something a little bit different with the base by including a stone circle made of small pebbles. This was then further customised by adding some simple mystical symbols. Easy to do, but it made the model "my own".
After a Wraithbone undercoat:

You might think that the Nightshroud would be the simplest to paint - after all the character is basically black, inky darkness! However this makes it a bit harder to make the model interesting, and although it needs fewer colours than many of the other characters, I found it difficult to makes things stand out. To combat this I tried a simple Object Source Lighting (OSL) effect, and had another go at making a cobblestone base (not entirely successfully!).
This tutorial at lightminiatures gives a really good overview of OSL. For the sake of time I didn't use this depth of technique, but it helped me understand light and light sources better so I could then try a glow coming from the Nightshroud's raised hand and reflected in his face. 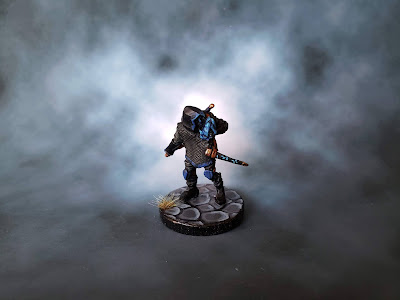 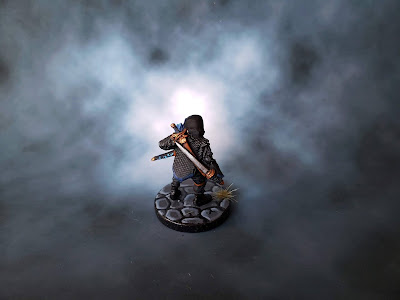 After a Wraithbone undercoat:
* For an excellent video on how to paint cobblestones please visit Terrainosaur's YouTube video here. 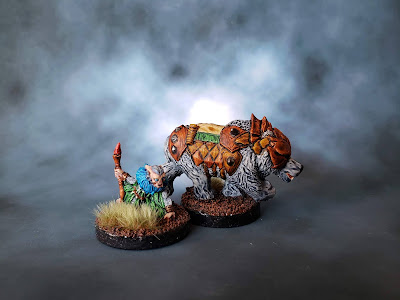 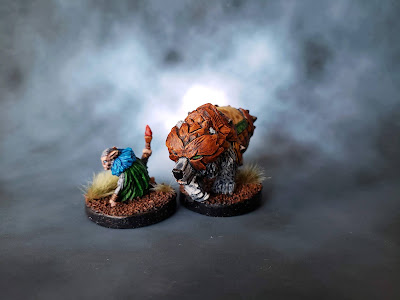 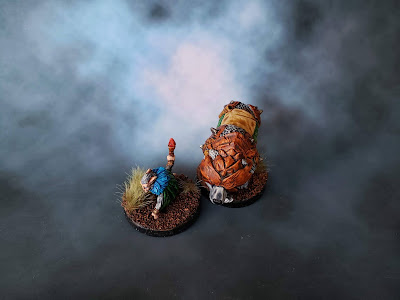 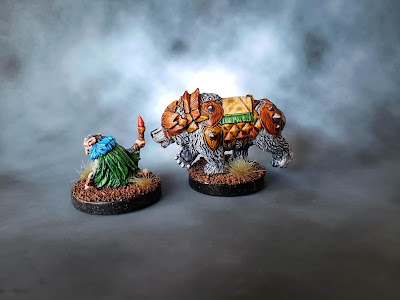 I loved doing the Vermling Beast Tyrant for two reasons.
ONE: To do the Beast Tyrant himself I could follow the same approach as the Vermling Mindthief (with a couple of small additions.)
TWO: The tyrant's bear is perfect for Contrast paints, which would make him very fast to do. I imagined them as old friends, and that the bear would be a companion and survivor of many battles - perhaps older than the Tyrant himself. This is why he is grey, not brown.

I hope you like the models. In the next and final post I'll add Three Spears, Music Note, Triangles, Lightning Bolt, Saw, and Cthulu.
Cheers!
Posted by Oddjob at 7:32 PM