How to Make a Skaven War-litter 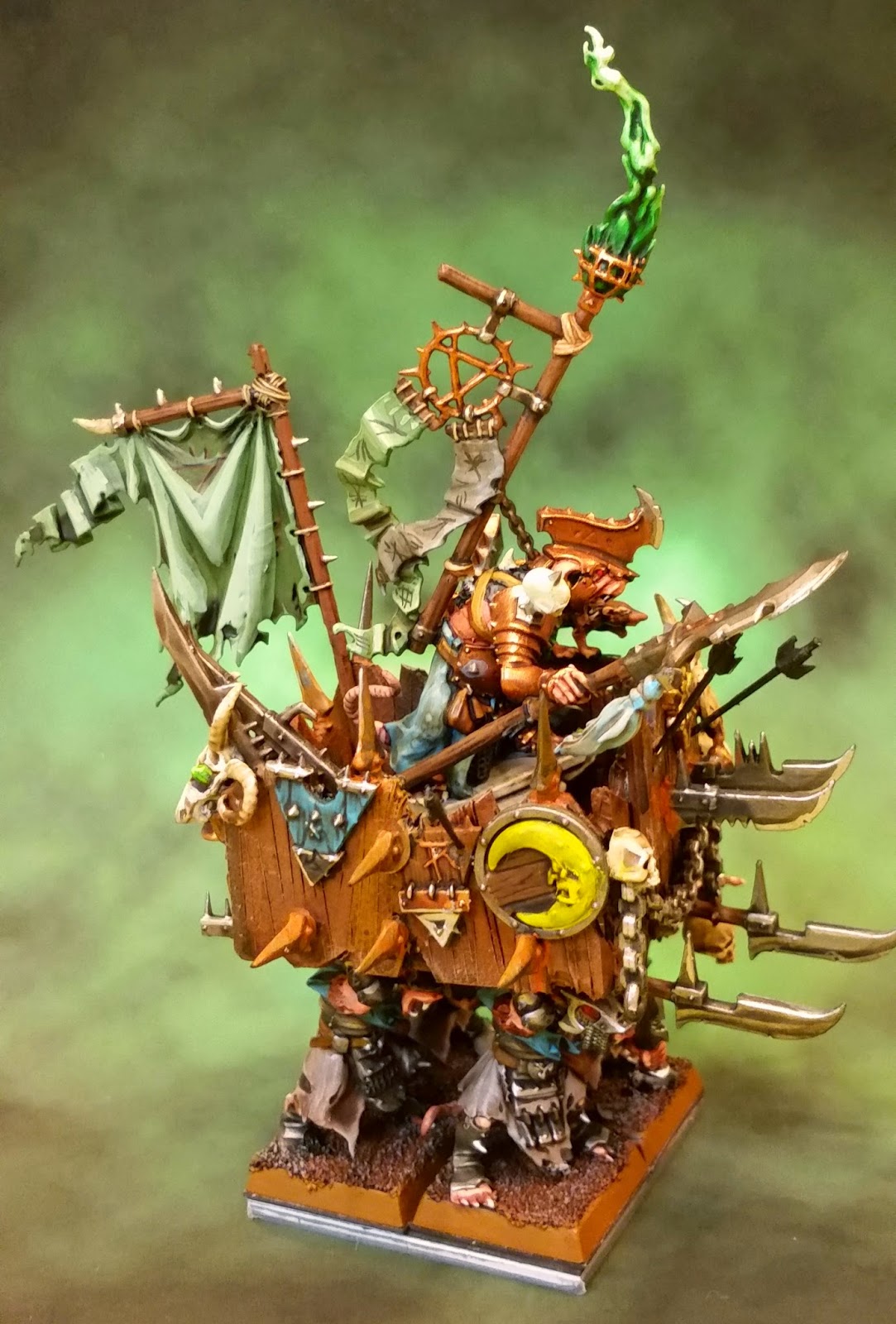 What self-respecting Skaven warlord wouldn't want to ride into battle on the shoulders of his minions, elevated above the common ratmen and the enemy?

The Skaven War-litter allows your warlord to do just that...
...not to mention also being an easy way to add some extra attacks, increase your warlord's armour save AND keep his "look out sir" roll.

How do you get a war-litter?
At time of writing, you have to build one yourself. However, it is actually not too difficult, and the materials are probably in your bitz-box already. Additionally, there are lots of good examples on the net that you can draw inspiration from.

In this guide, I'll lay out what I did to get a war-litter ready for painting. Also, I'll show you how you can kitbash the litter and bearers so they can still be used separately (in other words, you won't lose x4 litter bearers by gluing them to a war-litter that you might not always want to use.)


Building the War-litter - gather your materials! 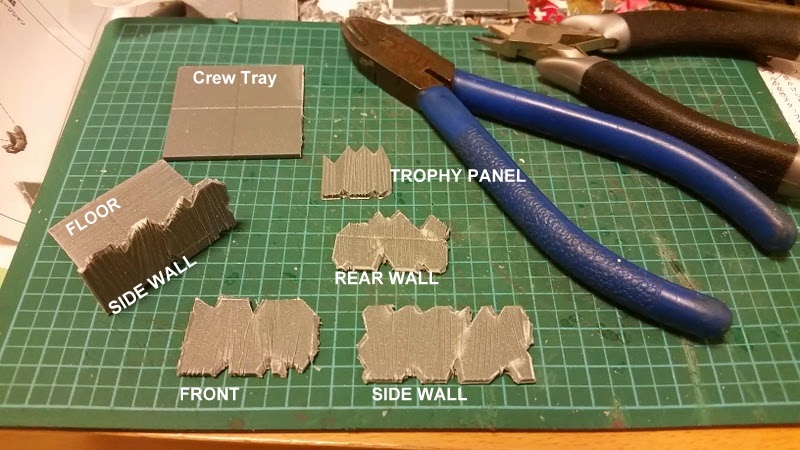 TIP:  For speed and convenience you might want to use a material that is thinner and easier to cut than GW movement tray...

Optional: x1 -2 giant rats (Skaven players often have these left over from their sprues)
Optional: Chains and skulls (Chaos bits?)
Optional: x2 halberds and chain to make a weapons rack inside the war-litter.
Optional: x2-3 arrows (more about making those later!)

Litter-bearers:
x4 pre-assembled Skaven Stormvermin with halberds (I prefer them to Clanrats, but the choice is yours!)

TIP: The halberds you want are held in their right hands (on their left as you look at them). Do not glue them onto the bodies yet!!


The difficult thing here is not the litter itself, but actually the litter-bearers. Let's look at them separately later.

2. Cut the top and bottom of the walls to simulate "planks". Cut the edges of the panels so they look random, and like planks of wood.

3. Glue the war-litter. Glue sides, front (and optional "trophy panel") and rear to the base.

TIP: When adding the arrows, think carefully about the angle and positioning. Would they stick "straight" out of the wood, or angled up (more likely, if they had come as a volley from long distance).

The howdah is not ready for undercoating. 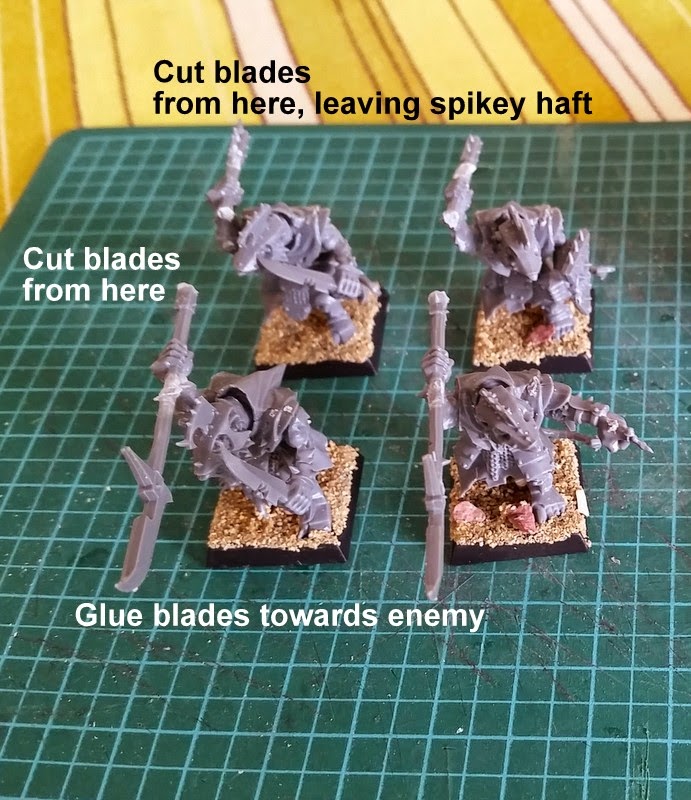 1. Assemble x4 Stormvermin bodies on bases, without their right arms (on your left as you look at the model.)

2. Cut away/ file down the shoulder armour/ shoulder pad on the Skaven where the arm will be glued until the arm will fit closely to the body with the arm pointing up and with the halberd haft horizontal (parallel to the ground.)

TIP: Before gluing each arm, carefully eyeball the arm and halberd hafts so that you glue them on straight...
They don't have to be perfect, as you won't notice it when they are on the table, but you want the halberd hafts to line up horizontally when the litter-bearers are ranked-up, as shown in the images below.

4. On the front two troops, cut the halberd blade off where it meets the haft. Then glue them to the opposite end of the haft (Glue blades towards enemy), so they are now pointing in front of the model. Remember - pointy end at the enemy!

5. On the rear troops, cut the halberd off where the blade meets the haft. Save these two blades (or stick them on the front of your war-litter as I did!)

6. Glue modeling sand to the base in preparation for undercoating.

What you will find is that by pushing the bases of the bearers together, the hafts of the halberds should roughly line up, allowing you to balance the howdah on top...

In my next post "How to Paint a Skaven Warlitter", I'll go into detail about the colours I used.

If you have any questions, let me know in the comments!

Email ThisBlogThis!Share to TwitterShare to FacebookShare to Pinterest
Labels: how to, Skaven, stormvermin, War-Litter